Tonybet are not taking UK customers at present but they will be back soon.  In the meantime see our other pages for other betting sites and free bets. 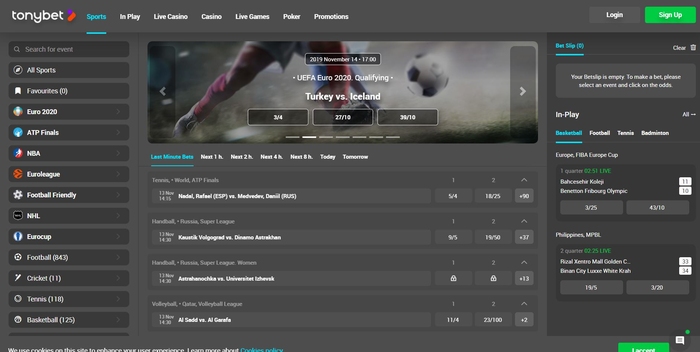 TonyBet is one of the most recognizable sports betting brands on mainland Europe having been around since 2009.  They are known for competitive odds, unique bonuses, high value promotions, plenty of betting options for the most prominent sporting events, along with some excellent options for casino games and poker rooms.

One of the reasons they are able to provide such a novel betting site is because they are fully independent, therefore, unlike many new brands to the UK, they are special in that they are not a white label clone or a flash in the pan gambling company created by an investment firm looking for a quick buck before shutting up shop.

Why have’t we heard of them before?  This is largely because they only became licensed to operate here recently. As new site options go however this is one of the best around, especially for those that want something a bit different.  Their European focus also means they are able to provide a range of different markets and offers to a British audience. 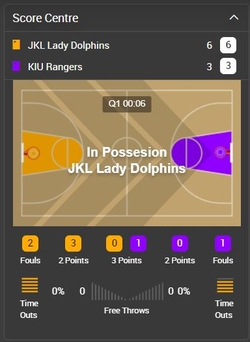 One of the best aspects of being independent with your own platform is you can decide on your own odds, markets and features.  The fact that Tonybet have been around for a while too means that they have these nailed down.

You can tell this is an established platform by how easy it is to navigate and how quickly you can get around the site.  The in-play section is superb and there are supportive features such as news, blogs and stats to aid in betting, options you only usually get with longer term brands like this.

Saying all of that, the interface is somewhat of a no-frills affair, a 5 out of 10 on the visual front. This is actually a positive point for many bettors who find it much easier to work on a simpler interface, but if you are a gadget lover you might find the site a bit uninspiring.

It certainly does the job though, responding quickly and causing no headaches whenever I have tried it out and it takes only a few clicks to access any of its sports betting and casino sections. Ease of use is a top priority for this platform.

What Can You Bet On?

There is good and not quite so good news here, because while the range of sports and competitions on offer is very good indeed, especially if you like to bet on events further afield from the UK, the depth in each category doesn’t quite match up. It’s decent though, and the events that are listed have staggering numbers of betting lines, more than 500 in some cases.

What’s more, the odds here can be pretty darn competitive which, again, is a plus point of betting with an independently run bookie who can decide their own prices.

…and plenty of other major sports leagues. In addition to good prices, TonyBet Sportsbook fans are able to benefit from boosted odds, which are offered promotionally during the bigger sporting events.

If you are not a fan of classic sports betting TonyBet also offers entertainment odds for cultural and political events from the Academy Awards and Eurovision Song Contest to presidential elections.

Last but not least, the e-Sports betting craze is an industry trend that TonyBet Sportsbook fans can also experience. Bet on League of Legends, DOTA2, Counter Strike and more top-rated e-Sports tournaments and events with competitive odds to boot.

Did you notice that I didn’t mention horse and greyhound racing? That’s because it isn’t offered at all.

TonyBet was established in 2009 by a famous professional Lithuanian poker player and businessman Antanas Guoga, also known as Tony G. Sounds a bit like a mafioso doesn’t he? Google him.

A decade later and the company has evolved and expanded under new leadership. The online betting company continues to pursue growth in prominent gambling markets in the European Union and the United Kingdom.

In 2016 Betsson acquired the original Lithuanian TonyBet customer base and integrated it into Betsafe.  Tonybet itself, however, maintained ownership of the brand using those funds to propel the site into new markets, and the company is licensed and regulated by the UK and Estonian gaming authorities while operating across the European market.

Given the founder’s other life as a professional poker player, poker is given a fair amount of attention at Tonybet, and in 2014 they hosted the first ever Open Face Chinese Poker World Championship, even breaking records for audience numbers. 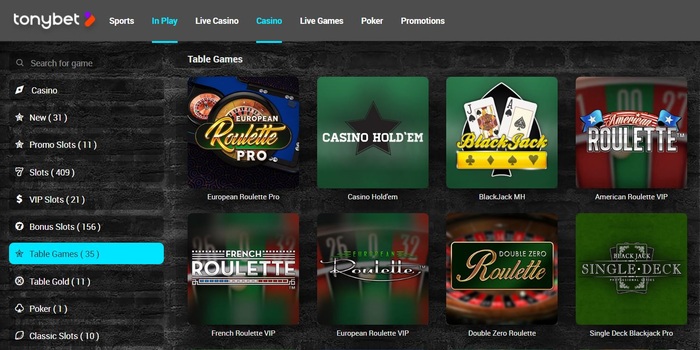 Given their origin you would expect the brand to be strong in the gaming department, and they are.

The casino, live casino, live games, and poker sections of the site are all great fun to use, and come packed with exciting games that have been selected for their quality rather than to pump up the numbers.

There might only be around 400 games on site but they are all top tier titles so you won’t have to wade through any dross to get to the good stuff. This is a result of ongoing partnerships with the trustworthy brands of the online casino game development, including:

Some of the titles available in each category are as follows:

The live casino is powered by both Netent and Evolution Gaming too so you are getting the best of both worlds here, whereas the live games come from betgames.tv.

The poker offering is a separate entity and is available as a download as well as having its own dedicated app.

Tonybet is probably one of the better online casinos if you enjoy live dealer games as there are more variations on popular games mixed in with lesser spotted games than most other places.

The Good & The Bad 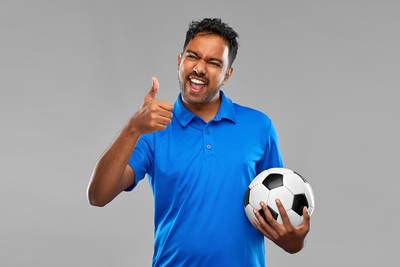 There are one or two things that might put some punters off, like the lack of any horse or greyhound racing – but to be fair to Tonybet this is out of choice rather than any sort of failing on their part.

Other bookies specialise in this area, so why compete unless you are going to go all out? Plus, it’s not as popular in other countries as it is over here.

Still, if you bet regularly on the races then this will no doubt be a bit of an issue, but Tonybet still might be useful as part of a portfolio considering the above average odds on a lot of interesting European markets.

Speaking of markets, there are a staggering number of betting options per event, especially on top level leagues in popular sports like football. There were more than 500 markets available for a recent West Ham vs Tottenham fixture, that is unparalleled.

Ease of use is another huge plus point, but it could be countered by the less than inspiring visual appeal of the interface, so this is probably a case of 6 of one, half a dozen of the other.

In my opinion though, there is definitely more good than not.

Run Down of the Rest 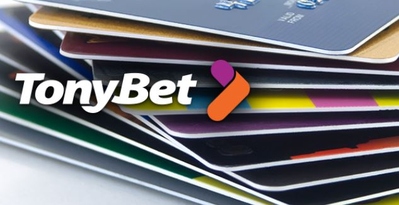 To round this off, let me take you through a few other features of Tonybet in rapid fashion.