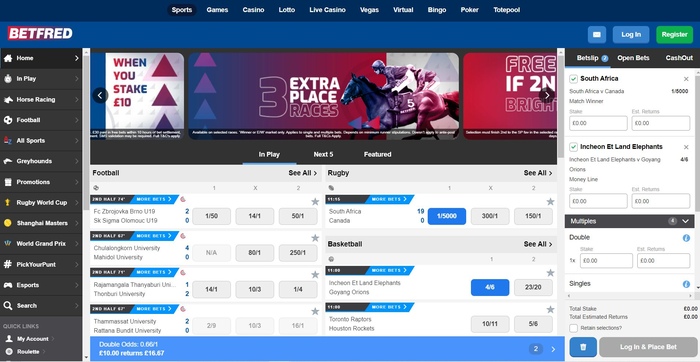 Betfred are something of an old hand when it comes to bookmaking, having started life way back in the 1960’s, but they have very much kept up with the times when it comes to online betting and innovation.

Indeed, Betfred are responsible for many of the bet types and regular offers that punters today take for granted, so we have a lot to thank them for. Plus, with more than 1,600 shops operating on the high street you are never far away from a point of contact if you prefer human interaction over internet chat boxes.

If you are after a traditional bookie with a top sportsbook (for horse racing and football in particular), a website that you don’t need a degree to navigate but that still has all the frills you would expect from a cutting edge site, then you may just have found it.

Betfred started in Salford back in the 1960s when betting shops were legalised in the UK. Brothers Fred and Peter Done started with a single shop paid for by the winnings on their bet that England would win the World Cup – so if it wasn’t for Geoff Hurst there would be no Betfred.

Growth was slow at first but became much more rapid, and by 2004, when Betfred.com was launched, they had a retail estate of some 450 shops. They now have well over 1,600 shops as well as a vast online and telebetting empire. Their head office is in Warrington but much of the operation is based in Gibraltar, where Betfred is now licensed and regulated by the Gibraltar Gambling Commissioner.

Betfred is a household name in the UK and one you can certainly trust. Still a family business, they are one of the most successful bookies around and they have the financial power to continue to expand and offer some of the best offers and bonuses about.

Owner Fred Done is a huge Manchester United fan – so big, in fact, that he has twice paid out early on the Red Devils to win the league only to see them lose, and he also refunded all bets on his beloved Reds to win the title in the disastrous 2013-14 campaign. It is, therefore, no surprise, to see Fred leading the way when it comes to football betting, in particular the Premier League and Champions League.

In November 2004, the first betting shop millionaire was made in a Betfred shop, and what’s more, it was a shop in Salford where Betfred themselves began. Someone correctly predicted 6 winners on a totescoop6 netting themselves £1,132,657.

In another Manchester United themed gaff, Fred Done offered all other top bookies to stake £1 million that United would finish higher than Chelsea in the 04/05 season. This was the same year Chelsea won their first Premiership title under Jose Mourinho, ahead of Man Utd by 18 points. Bad luck for Fred Done, but not for Victor Chandler of BetVictor who was the only bookie who took Fred up on his offer. Ouch.

Betfred have come a long way with their website in the last few years. What was once a labyrinth of menu’s and sub menu’s is now a clean, fresh, and intuitive website for the modern age.

It actually functions more like an app than a desktop site in a lot of ways, and the homepage really is just a place to start from rather than trying to do too much at once like a lot of other sites do. If displays either in-play fixtures, next 5 races, or featured events depending on your preference, but everything else is only there to direct you – you won’t find yourself staring at odds for sports you aren’t interested in.

Key sports like football and horse racing have quick links as do any current big competitions, but apart from that you will need to either use the search function or navigate via the ‘All Sports’ tab. It’s a little long winded compared to some sites I suppose but it does keep things neat and tidy.

Everything is very big on this site too, which is a positive in some ways but it does mean that there is a lot of scrolling to be done when you reach a page with a lot of options. Navigating to the football page, for example, gives you a lot of options because the market depth here is so good, but that means a lot of options to scroll through – so perhaps simpler navigation is required once away from the homepage.

The site is extremely responsive though and handles tasks in milliseconds, it’s clearly a well-tuned site under the hood.

There is plenty going on at Betfred, but football and horse racing take the spotlight. This is a traditional bookie in every sense of the word, and with Fred Done being a huge Manchester United fan, football was always going to be a major point of interest for his business. The market depth here is fantastic too, both pre-event and in-play.

As the leading sponsor of UK racing, Betfred are also superb when it comes to horse racing. The fine odds and range of markets – including new ones that Fred is famous for creating, such as the Lucky 15 and Goals Galore – that are the hallmarks of the splendid football and racing offering, are actually found throughout the site on a range of sports, so whatever you fancy betting on, Fred’s got it covered.

Here’s what else you can put a few quid on at Betfred:

The range isn’t expansive but it covers everything most punters would want to bet on, and there are specialist sites to add to your portfolio if you have more niche betting habits.

The odds are usually fair enough but it’s the promotions etc. that give them their real value.

This is quite the title to bestow upon oneself, but Fred Done threw caution into the wind and went ahead and did it anyway. And do you know what? It would be hard to argue with him.

A visit to the Promotions page on the Betfred website reveals a seemingly never ending list of bonuses and offers to take advantage of if they fit with your betting activity. And the chances are that one of them will; Betfred don’t just give all the good promo’s to football and horse racing (although admittedly they do get the lions share), you will find offers for other sports too and especially for any major tournaments that are going on at the time. For example, we are in the middle of the Rugby World Cup as I write this, so there are a number of promotions based on that.

That’s the other good thing about Betfred’s promo’s, they always have a good mix of long term offers that regular customers can rely on and more flash in the pan type deals pertaining to specific competitions or events. It keeps things interesting and fresh while also providing long term value.

Here’s an idea of some offers that have run in the past:

This is just to give you the jist of the sorts of offers that Betfred tend to run, although some, like best odds on UK and Irish racing, are more of a mainstay – especially since Betfred invented it in the first place!

As well as the offers you might find handy price boosts, and there is always the #pickyourpunt feature too, which allows you to create your own bet if you can’t find it listed on the site. There is a lot of room for manoeuvre here.

A lot of online bookies struggle to find their USP, which makes sense since a lot of them use white labels and basically offer the same features as everybody else.

Betfred, having been around for such a long time and having so much money at their disposal, do not have this problem. They have found plenty of ways to set themselves apart, but the two glaringly obvious ones for me, aside from being the bonus king, are as follows: 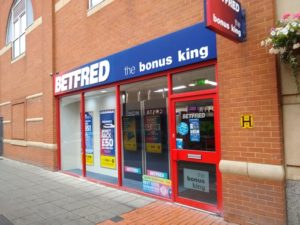 How many online bookies can also offer you a high street shop to walk into as well? Five, that’s how many, and Betfred is one of them.

With more than 1,600 shops across the UK plus over 50 more on racecourses throughout the country, it’s safe to say you are never far away from a Betfred bookies. This has obvious benefits for bettors who prefer to deal in cash, as well as for those who see betting as more of a social activity, not to mention the fact that the shops will always be showing various races or games that you can watch.

For a long time this was the jewel in the crown of Betfred’s operation. When they successfully bid for The Tote in 2011, they became the only bookie legally allowed to offer pooled betting in the UK.

That is no longer the case, but because of this history they are still first to everybody’s mind when the tote pool is mentioned. If you don’t know, pooled betting is when all the money wagered on a specific horse race is split between the winners at the end, so the more people betting on it the bigger the prize fund. Betfred still have arguably the best pooled betting service in the industry, and horse racing is really in their blood, so racing punters will always feel at home here.

Because liquidity is good at Betfred, so is the winning potential, and because you are betting peer to peer you can often come away better off than if you were to be using the usual fixed odds method. There are lots of different bet types too such as the totewin/place, totetrifecta, toteexacta, etc. 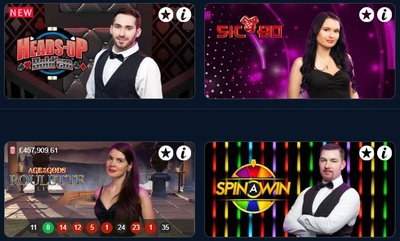 Last but not least, a few questions I haven’t managed to answer yet.

Each of these could take up a section of this review in itself, but you don’t have time for that, trust me, you’ve got things to do – like betting if you have some spare cash.

So, let’s whizz through these quickly and get you up to speed so you can be on your merry way: