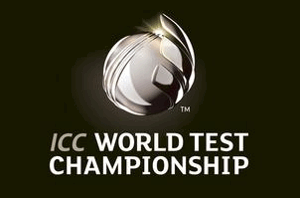 When it comes to cricket, there are now more forms of the sport than ever before. One Day internationals have long enjoyed favour, with their success leading to the invention of Twenty20 cricket, which in turn spawned the ICC Twenty20 World Cup. In 2019 The Hundred was launched, promising something of a cross between One Day cricket and Twenty20 by creating 100 over cricket and launching it in a system that uses franchises in a similar way to how they’re used in American football.

Test cricket is still the daddy of them all, though. Taking place over five days at a time and played by various countries all around the world, Test cricket remains the favourite of most hardcore cricket fans. The ICC World Test Championship is an attempt to bring the thrill of short-form cricket to the longer iteration of the game, offering a league competition for Test sides. It has been created on the back of the ICC’s attempts to ensure that there’s one main tournament for each of the three formats that are played at the international level.

The final will be a 5 day test match played at Lord’s between the top two league sides in June 2021.

The best way to explain the rather complex format of the ICC World Test Championship is to look specifically at the 2019-2021 version of the tournament. It is scheduled to take place over two years and each of the nine teams will play six of the other eight Test nations. It will result in eight Tests being played at home and eight away.

The series being used for the tournament will consist of between two and five Test matches, meaning that not all nations will end up playing the same number of series. Regardless of that, the ICC decided that the same number of points would be available for each series, meaning that the length of the series doesn’t matter. This means that countries that end up playing fewer Tests do not get disadvantaged because of it.

At the end of the League Stage, the top two teams will go up against each other in the final at Lord’s in June of 2021.

How Points Are Scored

The ICC chose to give points not for series wins but for match results only. They will be split equally between all of the matches in a series, meaning that even if the match is a dead rubber in the actual series it will still count for something as far as the ICC World Test Championship is concerned.

In order to complicate things even further, the ICC also decided that a draw would be worth one third of the points, whilst a tie would be worth half of the points. Given that the number of points available per match is dictated by how many matches there are in the series, with 20% of the points being available per match in a 5-series match, for example, or 50% in a 2-match series, teams can take a half, a third, a quarter, a fifth, a sixth, an eighth, a ninth, a tenth, a twelfth or a fifteenth of the total points available from any given series at the end of a match.

Each series carries a maximum of 120 points, with the points distributed according to how many matches are in the series. Regardless of the breakdown of the rest of the point distribution, teams that lose receive no points. The table above shows how the rest of them are distributed.

Believe it or not, things are complicated even further by the fact that if a team doesn’t have the required run rate at the end of their match then they’re deducted two points for every over they were behind.

Is The Structure Fair? 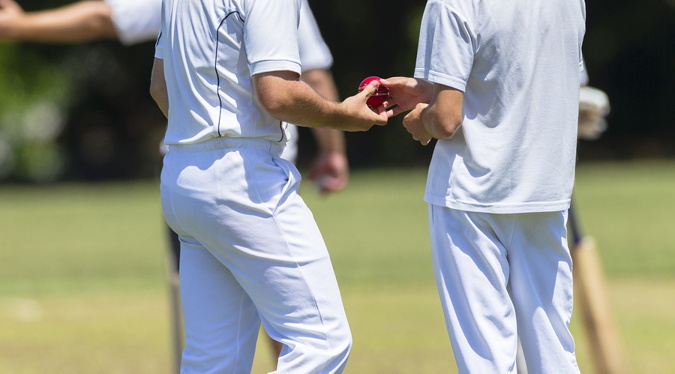 At the end of the Championship each team will have played the following number of matches, with the teams that they won’t face in brackets:

There is some debate about whether or not the Championship will actually prove to be fair. Whilst all teams play six matches, for example, the level of the opponents that they have to face isn’t equal. Australia will not play either Sri Lanka or the West Indies, which are two of the lowest ranked teams, whilst New Zealand and Bangladesh don’t have to play England and South Africa, who are two of the highest ranked.

On top of that, there’s nothing to ensure that an equal number of matches are played at home and away, even though every team plays three Series’ at home and away. India, as an example, play ten Tests at home, whilst the West Indies only play six of theirs on home turf.

The format of the competition has led to allegations of schedules being based on what will gain the highest TV audience figures rather than ensuring an even spread of series’ between teams.

At the time of writing no firm decision on the amount of prize money available has actually been decided, but the leading Test nations have been lobbying the ICC to ensure that it is an amount that reflects the status of the competition. With England winning £3.2 million for winning the World Cup and the West Indies getting £1.8 million for victory in the 2016 T20 World Cup, there’s pressure to make sure that the best Test side wins a similar amount.

The reason that’s an issue is that the sponsorship and commercial deals are already in place for the Tests, meaning that there is a restriction on what the ICC can do from a commercial point of view to raise prize money. One area that they can make money is by selling the broadcast rights for the final, but that is likely to be just one match rather than an entire Test series.

Obviously the different venues in play for the ICC World Test Championship depends on the nation that is hosting each of the Tests as well as the ground that tends to be used for the biggest matches in any given country.

What we do know for certain is that, having been promised the final when the tournament was supposed to take place in 2013 and then again in 2017, the English ground of Lord’s is where the 2021 final will take place.

Generally considered to be the ‘home of cricket’, Lord’s opened in 1814 and is located in the St John’s Wood district of London. It is actually named after the man who founded it, Thomas Lord. He was a professional cricketer himself, playing the game between 1787 and 1802 and was approached by the 4th Duke of Richmond, amongst others, in 1786 and asked to find a private venue for them to play cricket in.

He acquired seven acres near Dorset Square, starting his first cricket ground there. The organisation that had approached Lord was called White Conduit and they later became the Marylebone Cricket Club. When the lease on the first ground ended in 1810 Lord acquired two new locations, with one of them known nowadays as Lord’s Middle Ground. In 1814 he literally took the turf from one of the sites and placed it at its current location.

In the modern day, Lord’s is the home of Middlesex County Cricket Club as well as the England and Wales Cricket Board. Even the International Cricket Council itself was based there until 2005. There is a museum onsite that is the oldest sporting museum in the world. The capacity of Lord’s is 30,000, with plans to increase that over a fourteen year period confirmed in December of 2013.

The History Of The ICC World Test Championship 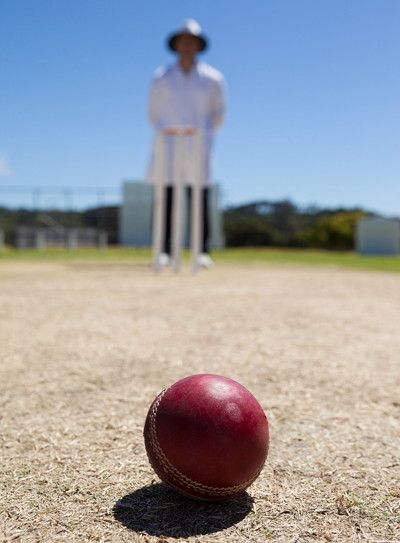 Despite the fact that the ICC World Test Championship is one of the youngest tournaments in cricket, there’s still plenty that we can tell you about how it got to the point of being a real thing. In order to know about it you first have to know about the ICC Champions Trophy, which was created in 1998 as a One Day International tournament that would take place roughly every four years. It was established as the ICC KnockOut Tournament, being renamed as the Champions Trophy in 2002.

The idea for the ICC World Test Championship was first mooted in 2009 when the International Cricket Council met with the Marylebone Cricket Club in order to discuss the possibility of a Test championship. It was being pushed by Martin Crowe, the former New Zealand test captain. The year after the discussions the ICC’s Chief Executives’ Committee discussed the notion at their Dubai HQ, approving the plan and saying that it would be held for the first time in England in 2013, with the final scheduled for Lord’s. 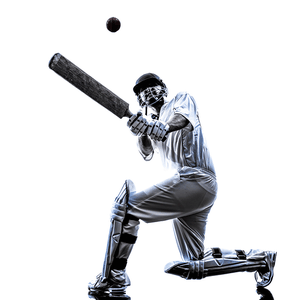 The original idea was to host the league stage of the competition over four years, with the top four teams at the end of that period entering into play-offs prior to a final match that would decide the inaugural Test cricket champions. The ten Test nations at the time were all planning to take part. They were:

The inaugural World Test Championship was supposed to replace the aforementioned ICC Champions Trophy, starting in 2013. In 2011, however, the ICC confirmed that it would not actually get underway until 2017 and the 2013 iteration of the tournament would be cancelled. The reason for the cancellation was put down to the financial problems within the ICC board, as well as the commitments made to sponsors.

In April 2012 the ICC once again had a meeting of the Chief Executives and the news that came out of it was that the ICC Champions Trophy would be brought to a close after the 2013 edition. The logic for that was that the Test Championship play-offs would take place in June 2017 and the ICC’s desire to have just one trophy available for each format of the game meant that the Champions Trophy had to bite the dust.

The idea behind the 2017 version of the tournament was that the top four teams according to the World Test Rankings that were announced on the 31st of December 2016 would qualify for a three-match tournament. It would take place in 2017 and England was due to host, just as it had been four years earlier.

In the end, however, that contest was also cancelled. It was confirmed in January of 2014 that that would be the case, with the Champions Trophy being reinstated instead. Sufficed to say that many in the world of cricket felt as though it was becoming something of a shambles at this point, but the ICC persisted with its idea of having a Test championship to decide upon the best Test cricket team in the world.

The First Tournament Gets Underway

The intention had been to see the 2012 version of the World Twenty20 involve an expansion to 16 teams, but in the end it remained as one for 12 nations. The first version of the competition that was opened to 16 nations was the 2014 one, which took place in Bangladesh. The 10 Test nations were given automatic places, whilst the other 6 were given to associate members who made it through the 2013 ICC World Twenty20 Qualifiers.

When the tournament proper got underway the top eight full members according to the ICC T20I Championship Rankings were given a bye to the Super 10 stage. The other eight teams took part in a group stage, from which the top two teams were advanced to compete the Super 10 listing. The expanded nature of the competition meant that new teams could be part of it for the first time, seeing debuts for the United Arab Emirates, Nepal and Hong Kong.