Known as the Betfred World Matchplay because of a sponsorship deal with the Manchester-born bookmakers, the professional darts tournament was created in 1994 and is governed by the Professional Darts Corporation. Hosted by the Winter Gardens in Blackpool, it is the second-most prestigious competition run by the PDC after the World Darts Championship.

The event runs for one week towards the end of July each year with 32 players, 16 of which are seeded.  It is a five round-robin format with the winner taking home £150,000.  If you fancy a bet we’ve collated all the best new and existing customer deals available that can enhance your wagers below.  More info about the matchplay event can be found further down this page.

The PDC Order of Merit is organised according to the amount of money that players have won over the previous two seasons. The PDC began using it as a means of deciding upon the best players in its ranks in 2007.

The Pro Tour Order of Merit, meanwhile, is decided in a similar fashion but is decided according to the results in a series of non-televised tournaments that the PDC has organised.

Once the 32 players have been decided upon and the seeds confirmed, the First Round takes place with 16 matches played to the best of 19 legs. Round 2 sees the 16 winners of the First Round go up against each other, this time in a match over the best of 21 legs.

The 8 winners in round 2 progress to the quarter finals and play matches that are the best of 31 legs, with the four winners of that progressing to the semi-finals. Semi-finals are played in a best of 33 legs format, whilst the final, played between the two semi-final winners, is the best of 35 legs.

Since 2013 the competition has not required people to win by two clear legs if more than six extra legs need to be played. In other words, if the semi-final match goes to 15-15 then it will continue until either one of the players takes a two clear legs lead or else the match is 18-18. If it reaches 18-18 then the winner of the next leg will win the match.

Afternoon sessions start at 1pm and evening sessions at 7pm

Peter Wright won in 2021, his first title, but if you look back to 2020 Dimitri can den Bergh won the tournament as a qualifier, showing that those who get there via the PDC ProTour can still put up a good fight. 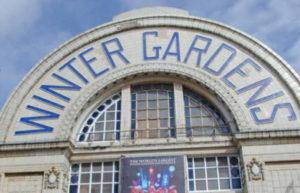 The Winter Gardens is an impressive entertainment venue that includes the likes of conference facilities and a ballroom. It opened its doors in 1878 and is a Grade II listed building. It often hosts British political parties for their conferences, with the owner of the building claiming that every Prime Minister since the Second World War has addressed an audience at the venue.

It’s the Empress Ballroom within the building that plays host to the World Match Play event. Boasting a floor area of 12,500 square feet, it was the largest such room in the world for a time. It has enjoyed a storied history, including being taken over by the Admiralty in 1918 for use during the First World War. The Blackpool Dance Festival was hosted here for the first time in 1920 and has taken place every year since.

Whilst the darts players might like to think that they’re the most skilled people ever to appear in the ballroom, they should know that the likes of The Beatles, Queen and Radiohead have performed gigs here. Cannock Chase Organ Club installed a new organ in the room after the 3/14 Wurlitzer organ was removed in 1964.

Played in Blackpool in the Winter Gardens’s Empress Ballroom since its launch in 1994, the PDC’s World Match Play event has enjoyed some thrilling moments over the years. Even in the inaugural year things were pretty exciting, with Larry Butler pipping Dennis Priestley to the title thanks to a 16-12 victory.

The following year the tournament witnessed Jocky Wilson’s final appearance in a major darts tournament that was being shown on television. Having made the quarter-finals the year before, there was a sense of hope that Wilson would be able to go all the way in his final farewell. Having beaten Rod Harrington in round 1 Wilson lost to Nigel Justice in round 2, effectively meaning that his darts career was over.

During the competition’s early years matches had to be won by two clear legs, meaning that first round matches, which were the first to 10 legs, couldn’t end 10-9 and needed to go 11-9 in order for a player to win. That continued up until 2013, when things were changed in order to avoid matches going on indefinitely.

Between 1994 and 2021 eleven different players won the World Match Play title. They were as follows:

You can see that Phil ‘The Power’ Taylor absolutely dominated the tournament, as he did with most darts competitions that he took part in. It’s why the decision to award the winner of the World Match Play event with the Phil Taylor Trophy was introduced in 2018. 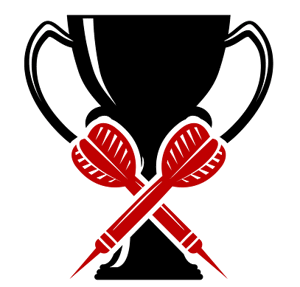 No player has made more finals of the World Match Play event than Phil Taylor, who featured in 17 of them and won 16. That the next closest competitor at the time of writing is Michael van Gerwen with 3 appearances tells you just how dominant Taylor was before his retirement in 2018.

Dennis Priestley is who you might call the unluckiest player in the tournament, having reached the final three times without ever winning it. Rod Harrington, meanwhile, is arguably the most successful player after Taylor given that he’s reached two finals to date and won both of them.

Despite the tournament beginning in 1994 it took until 2002 for a 9-dart finish to be thrown. Who else but that man Phil Taylor could have done it, doing so in his quarter-final match against Chris Mason. 2012 is the year to feature the most 9-dart finishes in the same tournament, with Michael van Gerwen doing it in his 2nd round match and Wes Newton also pulling it off in the 2nd round.

In 2018 the final went to 40 legs because of the 2-clear legs rule, which is the longest match to date. The longest unbeaten run, meanwhile, was achieved by Phil Taylor who went 38 matches without losing between 2008 and 2015.

The World Match Play event has been broadcast on Sky Sports since its launch, enjoying 8 different sponsors between then and now. They are as follows: