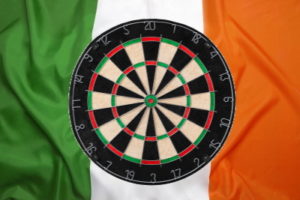 Hosted in Dublin every October, the World Grand Prix is one of the major events held by the Professional Darts Corporation. It has been taking place since 1998 when it was hosted by the Casino Rooms in Rochester, Kent, but has been based in Dublin, Ireland since 2001.

As is the case with so many of the PDC events, Phil ‘The Power’ Taylor is the dominant name in the World Grand Prix’s history, having won the tournament eleven times since its inception. He was also knocked out in the first round of the competition a number of times, with many of his exits being seen as shocks.

Below you can find the latest offers for the Grand Prix carefully selection from leading UK bookies, further down you can find out more about the event, its format and history.

The competition has boasted a number of different formats since it came into being. When it was first created back in 1998 it was a straight knockout tournament, boasting a set play format that sees each set contested over three legs. It was altered to be out of the best of five legs the following year, with a group stage also being introduced.

It was reverted back to being a straight knockout tournament and it has remained so ever since. The key difference between the World Grand Prix and any other televised darts event is the fact that every leg both starts and ends with players needing to hit a double, including bullseye. This tweak to the format has meant that a 9-dart finish is more difficult and it took until 2011 before a player achieved it. 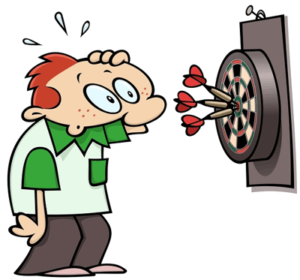 From there, the top 8 players are seeded and the rest are drawn at random. It is far from a given that the top 8 seeds will definitely qualify for the semi-finals, with the 2021 iteration of the tournament being the perfect example. Here’s a look at the top 8 seeds and the point of the competition that they reached:

It’s fair to say, then, that with the exception of Gerwyn Price all of the other seeded players struggled to live up to their billing. The ranking of a player doesn’t necessarily mean that they’ll make it far in the competition, therefore, with the player that was 14th on the order of merit, Jonny Clayton, finishing as the winner.

The prize money available for the World Grand Prix has, as you might have imagined, increased since the tournament first took place. In the first year the winner received £9,000 and the runner-up £5,000 from a total pot of £38,000.

No wonder the best and brightest of the Professional Darts Corporation line up to take part in this event.

The table above shows the breakdown of the prize money from the 2021 version of the tournament, depending on the stage at which the players exited the competition. 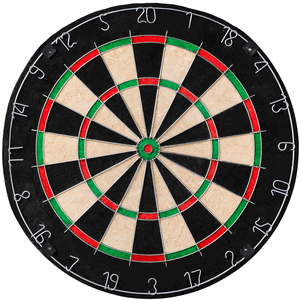 In 1995 the Professional Darts Corporation formed a tournament called the World Pairs, but it only lasted for three years before canned. They needed another competition to replace it, with the World Grand Prix doing exactly that job. The first year of the tournament’s existence saw Phil Taylor and Rod Harrington reach the final, with the former winning 13-8.

Between 2001 and 2003 the tournament was sponsored by the bookmaking firm Paddy Power, before being taken over by Sky Bet from 2004. This switched to Sky Poker in 2008 and then in 2010 Bodog took the honour. It has changed hands numerous times since, including enjoying sponsorship from the likes of PartyPoker.com, Unibet and BoyleSports.

Hosted by the Casino Rooms in the Kent town of Rochester in 1998 and 1999, it was switched to the Crosbie Cedars Hotel in County Wexford, Ireland for the new millennium. Though the event only stayed there for one year, it has been hosted on the Emerald Isle ever since. It moved to the Reception Hall at Citywest Hotel in Dublin in 2001 and remained there until 2009, at which point it was moved to the much larger Citywest Hotel Convention Centre.

It returned to the Reception Hall in 2012 and then has been hosted by the Convention Centre ever since. Labelled as Ireland’s ‘Premier Event Venue’, the Convention Centre has enough room for over 4,000 people when used for conferences. It’s around 25 minutes from Dublin City centre and the airport, it’s connected to the middle of the country’s capital by the Luas light rail. Little wonder, then, that it’s been seen as such a suitable venue for the World Grand Prix for more than a decade.

People who know about darts and are aware of the quality of Phil ‘The Power’ Taylor will not be surprised that he retains the record for the most wins in the World Grand Prix, in spite of the fact that he retired in 2018.

During his career Taylor won this tournament 11 times, with only James Wade and Michael van Gerwen having also won it more than once but not coming anywhere near ‘The Power’ in terms of competition wins to their name.

Shayne Burgess, John Part, Terry Jenkins, Dave Chisnall and Raymond van Barneveld all lay claim to being the unluckiest players to take part in the tournament, having reached the final twice without winning it. It’s essentially the reverse of Phil Taylor, who won every final that he reached.

Brandon Dolan might have been the first player to complete a 9-dart finish, doing so in 2011, but if you want to watch a thrilling match back again then the 2014 version between James Wade and Robert Thornton is the one for you.

Wade, who was the loosing player when Dolan hit his 9-darter, and Thornton both hit perfect legs in exactly the same match. On both occasions the darts went in as follows: