The PGA Championship is held in May these days having originally been held in August. It was moved in 2019 to prevent a clash with the NFL season that damaged TV ratings for the major. The US PGA usually follows the Masters as the second major of the year and from 2021 it will remain in May for the foreseeable future making the Open Championship the last major of the year.

The U.S. PGA Championship enters its 103rd year in 2021, established 105 years ago in 1916, and despite its name is a money event the European and Japanese tour as well as the PGA.

The long and challenging Southern Hills Country Club in Tulsa, Oklahoma, hosts the event for the fifth time, having first hosted the event in 1970.  The last time it hosted in 2007 it was won by Tiger Woods, the last of the legends 4 US PGA title wins to date. Event prize money this year is expected to be up on last years $12.0M, when the winner took home $2.16M.  As usual we’ve got all the top deals, schedules, event information and more below.


US PGA Championship Betting Offers for 2022

Qualification and The Field

Similar to the other majors most of the worlds top 100 golfers qualify directly in some way or other for the PGA pinnacle event. Direct entry is granted to a field of 156 players based on the following criteria, the PGA is the only major that is does not allow amateur golfers to qualify:

As with all majors the PGA Championships proper is played from Thursday to Sunday with four rounds of 18 holes but this was not always the case. During its first 50 years the tournament was a match play event played anywhere between May and December each year. In 1953 the event finally settled to a date in July but remained a match play tournament with a stroke play qualification event. This meant golfers could play in excess of 200 holes over the week.

Despite changing to a stoke play event with 4 rounds and 72 holes in line with other the majors; In the late 50’s and early 1960’s the event began to lose money and interest as players would struggle to play at the Open in the United Kingdom up to a week before the PGA event. In 1965 the Championships moved to mid-August to give a longer gap between majors, the event remained on this schedule from 1971 until 2018 with the exception of 2016 where the event was be moved to accommodate golfs inaugural entry into the Olympics in Brazil.

For 2019 the decision was made to move the tournament to May to allow the PGA Tour to finish before August to prevent competition for viewers with the main NFL season. 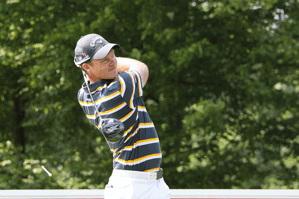 If there is a tie following the final round of the USPGA Championships, the tied players enter into a 3-hole aggregate play off.

This is different to The Open which used a 4-hole playoff, The Masters that goes straight to sudden death and The US Open where an entire extra round is played.

If players are still tied after three holes the event goes to sudden death until a winner is declared. 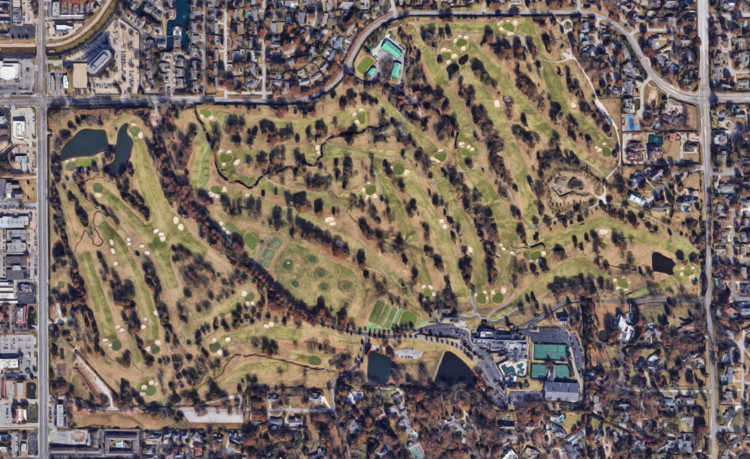 Similar to most other majors the PGA Championship moves around with various host venues used. The 2022 Championship will be held at Southern Hills Country Club, hosting the US PGA for a record fifth time. It has previously hosted the major in 1970, 1982, 1994 and in 2007, which was the last time that Tiger Woods won this major.  It has also hosted the US Open on three occasions

The course was opened in 1936 and boasts just the one championship course, the ‘Front Nine / Back Nine Course’, which was renovated in 1999.  The course is very different to the Kiawah Resort used last year, that was an open course by the ocean, this (as you can see in the image above) is a tight course surrounded by urban city-scape.

When the course was designed in the 1930’s it was set amongst the countryside but over the years the city of Tulsa has grown around it.  The benefit of the location of this course means it is less susceptible to major weather changes during the event, especially wind changes, that are minimised due to being within a large urban landscape.

Interestingly, the previous four times Southern Hills has hosted the event it has been won by someone who was or went on to be a multiple US PGA champion (Dave Stockton 2x, Raymond Floyd 2x, Nick Price 2x and Tiger Woods 4x).

Trump National Golf Club Will Not Host 2022 US PGA 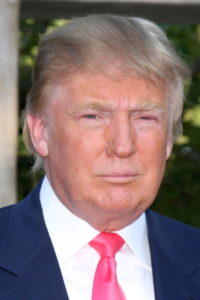 The PGA of America has decided the Trump National Golf Club will be stripped of the US PGA Championship in 2022.

The decision came in the final days of the Trump presidency following a series of serious blunders by 45th president of the United States, including claims of election fraud without evidence, failure to concede graciously and inciting a riot when supporters stormed Capitol Hill on the day of the election confirmation by the senate.

Jim Richardson, president of the PGA of America was said:

“It has become clear that conducting the PGA Championship at Trump Bedminster would be detrimental to the PGA of America brand and would put at risk the PGA’s ability to deliver our many programmes and sustain the longevity of our mission,” 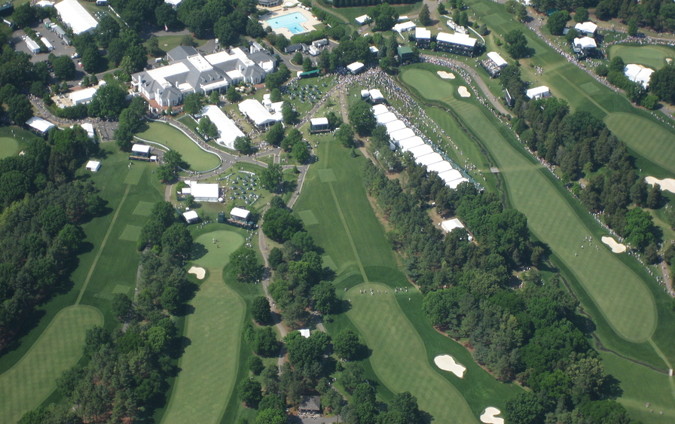 In its history the PGA Champs have moved around more than any other major with few courses used more than twice. The most used course, Southern Hills, has held the event just four times. Below you can see a list of upcoming event hosts and most used courses.

The table of winners above shows players who have won the PGA Championship at least twice in the stroke play era from 1958 onwards.

History and About the PGA Championship

The formation of the PGA Championship is intricately linked with the beginnings of the United States Golf Association (USGA), the governing body for golf in the USA. In the late 1800’s there were just over 40 registered golf courses in the US with two unofficial events held for amateurs each year; one held at Newport Country Club in Rhode Island, which went on to become the US Open, and another at St Andrews in New York. In 1894 St Andrews also held an unsanctioned event for professional golfers, in the controversy that followed the USGA was formed.

In the middle of the first world war in 1916 professional golfers from the Wykagyl Country Club met to in a meeting organized by Rodman Wanamaker to prepare an agenda for the formation of the Professional Golfers Association of America (PGA). Just over a month later the PGA was established in New York with Robert White, a professional at Wykagyl, named first president.

The very first PGA Championship was held later in the October of 1916 at the Siwanoy Country Club in New York. Englishman Jim Barnes won the inaugural event collecting a prize money of $500 along with a gold medal containing diamond studs. The event was not held in 1917 or 1918 due to the first world war and it Barnes won the next event in 1919 on its return.

For nearly half a century the event was a match play competition and in the early years it was American Walter Hagan who dominated winning the event five times and four times on the trot (1921, 1924, 1925, 1926 and 1927). Despite an Englishman winning the first two titles the PGA was won only by US nationals up until 1947 when Australian Jim Ferrier won the event at Plum Hollow in Michigan.

In 1957 the PGA event lost money and it was decided to change the event from a match play to a stroke play tournament. The 1958 tournament was the first to be held over the standard 72 holes with four rounds to the finish. American Dow Finsterwald won the first PGA Championship stroke play major at Llanerch Country Club in Pennsylvania.

In the early 1960’s the event, held in late July, began to be snubbed by some of the top players due to the proximity of the Open Championship in Britain. In 1965 the event moved to August and by the 70s was permanently fixed in August. That was until 2016 when golf first became an Olympic sport requiring the event to move back to a late July slot. With so many golfers snubbing the Olympics it remains to be seen whether the same will happen at the next Olympics in 2020.

The PGA Championship in the modern era has only really seen two great dominant players. Jack Nicklaus who won the even five times between 1963 and 1980 and Tiger Woods winning on four occasions between 1999 and 2007.  Only Tiger and Brooks Koepka have won the event consecutively in the modern stroke play era.

Phil Mickelson became the oldest golfer to win a major when he secured the 2021 PGA Championship, having first won in 2005.  He was just weeks shy of his 51st birthday and dominated the last two days of the tournament in challenging changing conditions.

In the history of the tournament the USA, as expected, has produced the most wins with 80 from 56 players. Australia is second with 5 wins from 5 players with England (Jim Barnes), South Africa (Gary Player), Zimbabwe (Nick Price), Figi (Vijay Singh) and Northern Ireland (Rory McIlroy) all having 2 wins from one player. 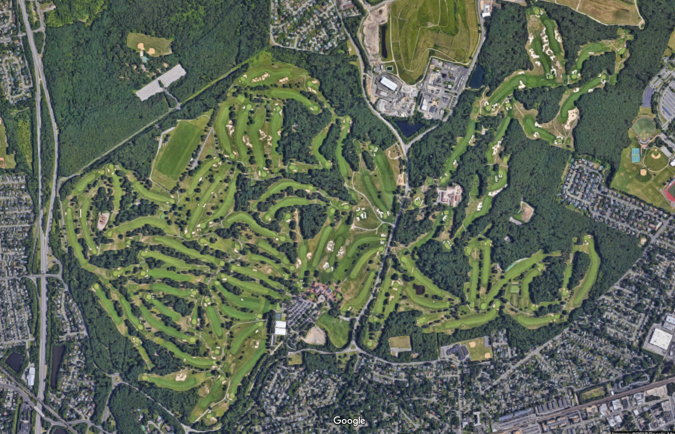 On the whole the PGA Championship is an Eastern US event, it has to this date only been played on ten occasions in the Western half of the country.

The last time the tournament was held in the west was at TPC Harding Park in San Francisco that hosted the 2020 event.  Prior to this it was Sahalee east of Seattle in 1998. New York lays claim to the title of most frequent hosts having held the Championships on no less than 12 occasions followed by Ohio with 11 and Pennsylvania with 9.

In its history the event has been played at some small and obscure courses with a desire to move around as much as possible. These days the PGA Championship is restricted to a smaller range of more prestigious courses. 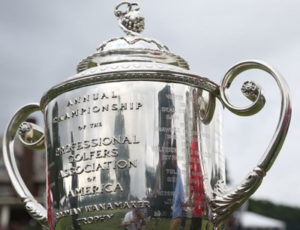 The PGA Championship trophy is named after Ronald Wanamaker, the organiser of the meeting that set up the USGA and driving force behind the creation of the PGA. Wanamaker donated the diamond studded golf medal that was awarded to Jim Barnes at the first Championship in 1916 and later donated a trophy that was named in his honour. The initial silver cup was lost in the 1928 by 5 time winner Walter Hagan who claimed to have entrusted it to a taxi driver. The trophy was however rediscovered in 1930 strangely it was found in the factory that made Walter Hagan branded golf clubs. Suspicious or what!

The original cup is now housed in the PGA Historical Center in Florida with an exact replica given to the winner each year. The player can keep the trophy for a year before returning it and they also receive a smaller replica to keep.

The PGA suffered a down turn in popularity in the 1990’s requiring the slogan “glory’s last chance” to remind players and spectators alike that this was in fact still a major. This irked the PGA Tour organisers who felt this hurt the prestige of subsequent events such as the Fed Ex cup that follow the Championship. This tag line was dropped in 2013, it is said, in exchange for the PGA Tour rearranging its schedule to give players more rest before the Ryder Cup.

The first ever winner Jim Barnes received $500 when he won the event for the first time in 1916. This rose progressively until the last every champion of the match play era won $8000 in 1957 but as the event lost money that year the first winner of the stroke play era in 1958 won just $5,500.