The Ultimate Fighting Championship isn’t everyone’s cup of tea, but it will be interesting to see how many people have been so starved of sport recently that they’ll willingly tune in to watch UFC 249 this weekend. Ferguson vs. Gaethje is the main event, but there is a full card of fights due to take place before the lightweight battle gets underway.

The headline fight was originally supposed to be between Tony Ferguson and Khabib Nurmagomedov, with the event scheduled to take place in April. The same fight had been scheduled four times previously but cancelled for various reasons, with the most recent cancellation coming about because of the current situation.

In the end, even the fifth bout had to be cancelled because of restrictions put in place on Russian air travel, with back in his home country and Nurmagomedov therefore unable to make it to America for the fight. Instead, Justin Gaethje was brought in to fight Ferguson in a bout that UFC President Dana White told ESPN would be ‘one of the most violent fights you’ll ever see’.

If you are looking to have a bet then we have collated some of the best betting deals to help add value to your wagers below.  Further down find details of the schedule and big fights.

There is a full card of fights due to take place at the VyStar Veterans Memorial Arena in Jacksonville, Florida. Here’s a look at each of them so we know what to expect. 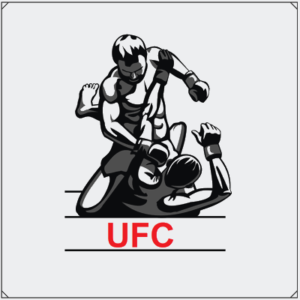 Ferguson did hold the interim lightweight title for a time, defeating Kevin Lee in 2017 at the UFC 216 event. He didn’t keep it for long, however, with a knee injury meaning that he was stripped of it. It does show the size of the mountain that Gaethje has to climb, though, going up against a former champion of the division.

He seemed to acknowledge as much himself when he tweeted that was ‘terrified’ but that he ‘f*ckin’ loves it. He’s won three fights in a row heading into this one, so certainly won’t be throwing in the towel before a punch is thrown. That being said, Ferguson’s 12 win streak includes victories over Donald Cerrone, Anthony Pettis and Kevin Lee.

Amusingly, Gaethje is ‘hoping’ that Ferguson will break his nose as it’s been a long-term issue for him and will allow him to finally get it fixed. That being said, he’s confident that he’ll be able to knock ‘El Cucuy’ out, stating, “I possess the power to turn his lights off and I believe I will”. The pair of fighters will create a brilliant spectacle for the watching public.

Ferguson v Gaethje is a big fight for the main reason that it is to see who will be crowned the interim lightweight champion in the sport. Khabib Nurmagomedov has been the holder of the title, but the fact that he can’t fight at the moment means that one of these two will take the title until he’s able to leave Russia and return to fighting.

Dominick Cruz, meanwhile, was born in California in 1985 and has won 22 out of his 24 professional fights. He’s been the bantamweight champion twice, so it’s fair to say that plenty is expected of these two when they go head-to-head. When he defeated T. J. Dillashaw in the bantamweight championship in 2016, media outlets called it the ‘greatest comeback in MMA history‘.

A true clash of the heavyweights is on the card for UFC 249 in the form of Francis Ngannou vs. Jairzinho Rozenstruik. Such is the extend to which these two fighters are respected in the world of UFC, the bout was originally scheduled to be the main event when UFC returned to Columbus, Ohio in March, only for that event to be cancelled.

Ngannou heads into the fight on the back of three knockout wins in succession, whilst Rozenstruik is yet to lose in his professional career and has four knockouts in his last four bouts. We weren’t kidding when we said that that was a true clash of the heavyweights. It’s not for anything, but it adds a touch of spice to an already exciting card.

With Kattar landing an average of 5.12 ‘significant strikes’ every minute that he fights, it’s fair to say that the bout is going to be a thrilling one to watch. It’s the only featherweight fight on the main card and it’s not really for anything, but that doesn’t take away from the excitement. With Stephens ranked at 7 and Kattar at 9, it’s unlikely either will get a shot at the title any time soon.

Stephens is 33, having been born in California in 1986. Kattar, on the other hand, was born in Massachusetts in 1988 and is a year younger than his opponent. Stephens hasn’t won in his last four fights, all of which were against decent opposition. Kattar is coming into this on the back of a loss by decision to Magomedsharipov. Expect it to be a close one.

The main card gets underway with a heavyweight battle between former NFL star Greg Hardy taking on his toughest fight yet since becoming a professional MMA fighter. The controversial Tennessee born fighter takes on the powerful Yorgan De Castro in a fight that many are predicting will be a ‘slugfest’, even whilst suggesting that it shouldn’t be this high up the card.

The fact that this fight is behind closed doors will work in Hardy’s favour, given that he’s often subject to boos and catcalls from UFC fans because of accusations of domestic violence that have dogged his career. Hardy shades it as the favourite between the two relatively inexperience fighters, but he’s largely unproven and this should tell us a lot about him.

How Is It Able To Go Ahead? And Should It?

One of the obvious questions is about how, exactly, the UFC is able to put on an event when virtually every other sport has been put on hold indefinitely. The answer comes in the form of Republican politician Ron DeSantis, who signed an executive order that allows behind closed doors event to take place in his state of Florida.

The order specifically states that ’employees at a professional sports and media production with a national audience – including any athletes, entertainers, production team, executive team, media team and any others necessary to facilitate including services supporting such production – only if the location is closed to the general public’ is considered an ‘essential service’.

It’s not illegal for the event to go ahead, so the question comes down to whether it’s morally correct. That is a question that each person will have to answer for themselves, but given the UFC has millions of followers around the world it is just as fair for it to talk about resuming as it is for the likes of football, horse racing or tennis to do the same.

There’s no doubt that it will be good publicity for the Ultimate Fighting Championship brand. It is also likely to discover a new audience on account of the fact that many people who might not ordinarily watch it will tune in simply for some sport to watch a time when people are feeling starved of it. No publicity is bad publicity after all.