The Super Bowl is the NFL season final and comes at the end of the regular season following the play offs. NFL may be a US sporting event but interest around the world is staggering with reportedly up to one billion people watching the event through legal and illegal channels. In the US alone a third of the population (over 120 million people) tune in to watch what has become the greatest all out sporting entertainment spectacle on the planet.

Following the new heights set since Super Bowl 50, Super Bowl 56 (or LVI in Roman numerals) promises to go even further. Unfortunately online betting is still not quite completely legal in most of the US and so they largely can’t bet on it, over here however we have no such worries. If you fancy staying up late to watch the Super Bowl live and you are looking for some great odds, offers and freebies to take advantage of then you’ve come to the right page.

Below you will find the latest offers both ante post and on Super Bowl day itself, read further down for info on how to bet on the superbowl, event schedule, history and more.

How to Bet on the Super Bowl 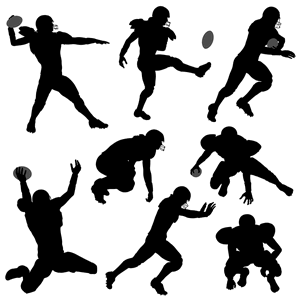 American football betting terms can be a little alien to those punters who don’t bet on the sport regularly, below we describe some of the common bet types:

Super Bowl 56 will be hosted for the first time at the SoFi Stadium in California, the 8th time the event has been held in Los Angeles metropolitan area, on Sunday 6th February 2022.

In the US the game will this year be broadcast by NBC with the game start time expected to kick off 6:30 p.m. Eastern Time, this means the game will go live in the UK at 11:30pm GMT.  In the UK the Super Bowl will be shown live free to air on the BBC.

The Weeknd were the main act for the 2021 hald time show, a strange one given there were reduced fans and social distancing was needed.  Jenifer Lopez and Shakira headlined the Half Time Show for Super Bowl LIV, Justin Timberlake headlined the 2018 half-time show and Maroon 5 in 2019. 2022 will need to be good to top the previous Half Time shows and in particular the spectacular Super Bowl 50 show headlined by Coldplay and featuring Beyoncé and Bruno Mars.

Last year’s superbowl was watched by an official US audience of 167 million people, this year they are hoping to break that record yet again.  The show will again be sponsored by Pepsi. 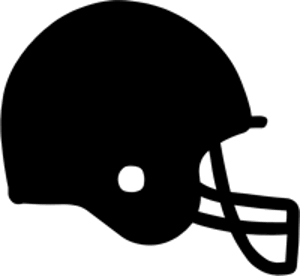 The SuperBowl is the NFL Championship game, it was renamed the Super Bowl in the mid-1960’s when the NFL and AFL agreed to merge.

The six highest teams in the National Football Conference (NFC) and the American Football Conference (AFC) enter the playoffs at the end of their 16 game regular season that runs from Labor Day until Christmas.  This consists of the 4 highest teams in each division on points along with two wild card teams who enter with the highest win-loss record.

The highest two teams skip the first play off round with second and third placed teams taking on the wild cards.  The divisional winners then enter at the second round stage, refereed to as the Divisional Playoff games, with home advantage given to the league winner and runner-up.

The Third and final round is called the Conference Championship Game, the winner of each championship game then progresses to the Super Bowl.

Often seen as much as a corporate event as a Championship final the Super Bowl, teams often arrive in the host city over a week in advance as the media hype increases.  Tickets officially cost upwards of $500 and unofficially can fetch $5000 or more. A TV advert during the game costs upwards of $5.6M for 30 seconds.

Super Bowl Sunday in the US has a holiday feel to it similar to Thanksgiving.  The game itself is no different to any other NFL game, including sudden death rules if the game is tied after normal time.  If any points are scored in overtime the game immediately ends.

This happened for the first time in 2017 when the New England Patriots recorded the most dramatic comeback of all time coming from 28-3 down to equalise 28-28 with Atlanta Falcons in the final quarter.  Tom Brady secured his, and NE Patriots, fifth Super Bowl title, and his 4th MVP award, by taking the game into overtime, for the first time ever, where the Patriots wasted little time to bundle over and win 34-28.

Opened in September 2020 the SoFi Stadium, home of the Los Angeles Rams and LA Chargers, will host it’s first Super Bowl in 2022.  The LA area will now have hosted 8 Super Bowl games.

The stadium is used during the regular season by both the Rams and Chargers in the NFL and also serves as the home for the LA Bowl. The venue has a seating capacity that is expendable to over 100,000 people for the Super Bowl (70,000 normally).

California based personal finance company SoFi bought the naming rights in 2019 and will remain the rights owner for at least 20 years.  The stadiums most notable feature is a translucent roof covering the entire stadium where images can be projected that can be seen by incoming planes in to LAX.

The SoFi Stadium in California that was due to host Super Bowl LV but it wasn’t ready in time so the league unanimously voted to move it to Tampa with the stadium hosting the year afer.

The 2023 Super Bowl is also due to be played at the State Farm Stadium, formerly the University of Phoenix Stadium, that also hosted in 2008 and 2015.

The table above shows stadiums that have hosted the Super Bowl on two or more occasions.

The table above shows teams that have won the Super Bowl on two or more occasions.

History of the Super Bowl 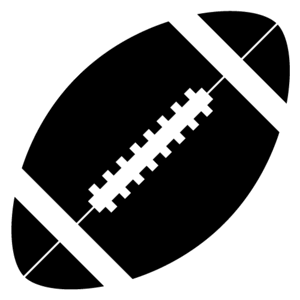 American football was established in the late 1800’s slowly developing, as a college game, from the old world elitist game of Rugby into it’s own unique game style.  The modern game and many of the rules were developed by Walter Camp a former Yale player in the 1880’s.

Camp secured changes to the rules that reduced player numbers from 15 to 11, removed the scrum in favour of the snap, introduced the gridiron format (originally set at 5 yards, now 10 yards) and established the forward passing rule.

Up to the end of WWI the sports was largely a college sport.  At this time the sport was seen as very brutal and following threats from president Roosevelt to ban the sport it underwent an overhaul resulting in the establishment of the National Collegiate Athletic Association (NCAA).  The NCAA oversaw better safety, protective clothing and more stringent penalties for foul play.

The National Football League (NFL) was formed in 1920, it quickly set itself apart from the college leagues with a bigger focus on passing.

It wasn’t until after the second world war that American football took off in the hearts and minds of the nation helped largely by the new invention of television.  At this time two rival leagues existed, the NFL and the American Football League (AFL), each with their own championship games.

In 1966 the leagues agreed to merge with the winner of each division playing in one championship game, renamed the Super Bowl.  The first superbowl was played in the 1966/7 season and was won by NFL team Green Bay Packers who beat AFL team the Kansas City Chiefs by 35 points to 10 at Los Angeles Memorial Coliseum.  The game was watched live by 62,000 people and over 50 million tuned on TV.