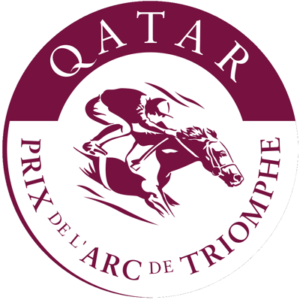 Few of Europe’s races have the same level of respect and prestige that is boasted by the Prix de l’Arc de Triomphe. The Group 1 race is run on the flat over around one and a half miles, though because it takes place in France the official distance is 2,400 metres.

Often referred to simply as ‘the Arc’, only the Epsom Derby is considered to be a more event race by the horse racing community. It is also second to only The Everest, which is run in Australia, in terms of being one of the richest races run on turf.

The race was inaugurated in 1920 and is run at the famous Paris Lonchamp racecourse.  It is, however, just one race that is part of a two day festival of racing in the first weekend in October, that includes another 7 Group 1 races and 4 Group 2.

Coming at the end of the flat season this is the pinnacle of the season and bookies push hard to get your custom.  Below we’ve assembled the best promotions that can add value to your betting.  Further down find race cards, history, race info and more.

Since 2003 the French have used a slogan to describe the race, which is ‘Ce n’est pas une course, c’est un monument’. Roughly translated that means ‘It’s not just a race, it’s a monument’. Whilst the phrase was a marketing slogan it is one that works well for the event, which has been taking place since 1920 and is based at Longchamp Racecourse in Paris.

Run on the first Sunday every October, it followed in the footsteps of the likes of the Grand Prix de Paris and the Prix de Conseil Municipal in terms of being a race designed to show off the quality of French thoroughbreds.

The Prix de l’Arc de Triomphe is unquestionably the standout race of the entire meeting, but it is surrounded by other races that offer more than a little bit of excitement to those watching both in the stands and on television. Arc Weekend is a full-on meeting of classy horse races, including seven Group 1 races and four Group 2 offerings.

You’ll also be able to watch the Arabian World Cup, which is a race for purebred Arabian horses that offers a prize purse of €1 million, making it the richest such race in the world.

The race is open to horses aged 3 and over, excluding geldings. Run right-handed over 2,400 metres, which is around one and a half miles, the following weight information applies: 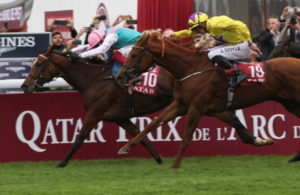 Eight different horses have won the race twice at the time of writing, which is the most times any horse has won the race to date. The horses that have pulled it off are as follows:

It’s interesting to note that every horse won it in consecutive years with the exception of Motrico, who had a year off between their wins. Looking at the modern day horses that won the race twice, Treve followed up her Arc win with victory in both the Prix Corrida, which is named after the winner of this race in 1936 and 1937, and the Grand Prix de Saint-Cloud, winning both races in 2015.

The race’s most successful jockey is Frankie Dettori, who has been on the back of the winner six times during his career. That included both wins on Enable, though he his not the only jockey to have won the race more than once. The likes of Charles Semblat, Charles Elliott, Enrico Camici, Lester Piggott and Michael Kinane have all won it three times, whilst the likes of Yves Saint-Martin, Thierry Jarnet, Pat Eddery and Olivier Peslier have all ridden four winners.

André Fabre is the race’s most successful trainer thanks to seven wins between 1987 and 2006, whilst Marcel Boussac and Khalid Abdullah have both won the event six times as owners. The race’s fastest winning time came at Chantilly in 2016 when Found won it in 2 minutes and 23.61 seconds, whilst Ribot, Sea Bird and Sakhee have all won it by 6 lengths, which is the widest winning margin.

The History Of The Prix de l’Arc de Triomphe 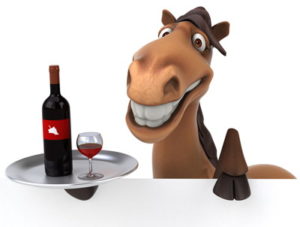 During the formative years of racing in France the governing body of the sport was the Société d’Encouragement. They were determined to put French racing first and foremost in their thoughts, so they restricted the races that they put on to thoroughbred horses that had been born and bred in France.

They lessened these restrictions slightly in 1863 with the launch of the Grand Prix de Paris, which was open to 3-year-olds from any country.

The race proved to be popular enough to encourage the organisation to introduce a second international race, which came in the form of the Prix du Conseil Municipal, which was for the best horses of different age groups.

The previous performances of the participating horses were used to determined the weight that the horses would carry, meaning that the better horses would be penalised essentially for having done well in a race that had nothing to do with the one that they were running in.

An Idea For A New Race Is Suggested

A committee meeting on the 24th of January in 1920 saw a member of the committee suggest that another race might be popular. This one was also designed to showcase the ability of French thoroughbred breeding and training and would serve as a complimentary race to the Grand Prix de Paris.

The idea was for the event to follow the same sort of structure as the Prix du Conseil Municipal but to remove the penalties for horses that had done well elsewhere, instead allowing the horses to compete equally with each other.

The post-war mood of all concerned was one of relief and excitement, so it was decided that the race should be named after one of the monuments that had become something of an iconic image thanks to the Allies doing a victory parade at it the year before. 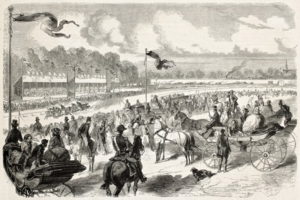 The first horse to win the race was a 3-year-old colt owned by Evremond de Saint-Alary, meaning that the race immediately achieved its aim of promoting French breeders and owners. Not that de Saint-Alary needed much help on that front, of course. The winner was rewarded with 150,000 francs.

The l’Arc de Triomphe carried on as normal over the years that followed, with 1935 representing the first change of note. That was when state funding was secured thanks to a lottery, with prizes awarded in accordance with the result of the race and the drawing of lots.

The lottery format continued until 1938, then in 1939 and 1940 the race was cancelled because of the outbreak of the Second World War. In 1943 and 1944 it was run, but it was moved to Le Tremblay in a Paris suburb. It also had its distance adjusted, being run over 2,300 metres during its time there.

It returned to Longchamp in 1945 and only left again in 2016 and 2017 when the course was closed down as it was being redeveloped. During those two years it was run at the course in Chantilly instead. 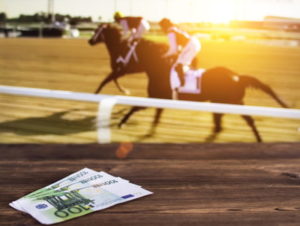 The government funding of the race returned in time for the 1949 running, this time coming courtesy of the Loterie Nationale. It offered players a potential jackpot of 50 million francs, which was a huge amount of money for the time. Consequently it gained a large amount of players, which enabled race organisers to offer decent prizes in both the Arc and the the races that were run in support of it during the meeting.

This level of funding continued fairly consistently until the 1970s, when the lottery’s popularity diminished and the assistance offered by it became less and less.

When the lottery system was abandoned in 1982 it didn’t take the Arc long to find alternative methods of fundraising. The early sponsors of the race included the hotel and restaurant company Trusthouse Forte, CIGA Hotels and the European casino operators Groupe Lucien Barrière. Things took another leap in 2008 when the Qatar Racing and Equestrian Club took over sponsorship responsibilities and doubled the prize fund from €2 million to €4 million.

At the time of writing the race’s prize fund sits at €5.2 million, which is second only to The Everest in terms of the amount of money offered to participants who do well in the race. 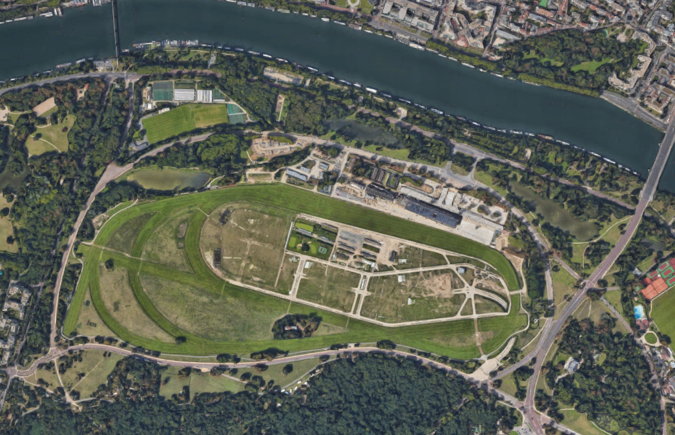 The Hippodrome de Longchamp, better known as Longchamp Racecourse, opened its doors in 1857 and is considered by many to be the home of horse racing in France.

Located in Paris on the Route des Tribunes in the Bois de Boulogne, it is a challenging course for thoroughbreds thanks to the hill that asks them to push themselves to their limits. There are a number of racetracks at the venue that interlink with each other, giving it a sense of variety and excitement.

It boasts a capacity of 50,000 and over half of the Group 1 races that are run in France take place on the course. Emperor Napoleon III and his wife Eugénie were present at the first ever meeting to take place at the course, having sailed up the River Seine on a private yacht to be there. Travelling a similar route was popular for Parisians up until 1930, at which point the practice was abandoned.

When the Second World War broke out the aristocrats who watched racing were replaced in the stands by German officers, which is why racing was allowed to continued for most of the duration of the war. 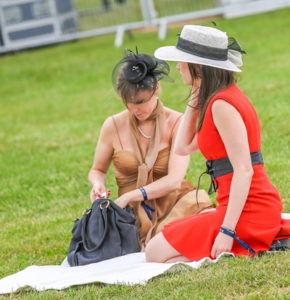 The final thing worth drawing your attention to is the day itself and how it works. Unlike many other horse races, the Prix de l’Arc de Triomphe has always been aimed at attracting ‘real’ people to watch it. That’s why ticket prices have always been kept really low for those hoping to attend, with tickets available for as little as €8 back in 2017 when the race was run at Chantilly Racecourse.

It’s also worth noting that the entrance fee was waived for anyone under the age of 18, largely because French horse racing authorities have been trying to encourage young people to get into the sport.

There is also a lack of the ‘fuddy-duddy’ approach to horse racing that you might experience if you were to turn up to watch a meeting somewhere like Ascot. Instead, both hats and fancy dress are positively encouraged for those attending the race. Obviously neither are compulsory, but when compared with the far more formal attire required of those going to Glorious Goodwood or Royal Ascot it is a positive breath of fresh air.

The Arc Village also offers numerous educational opportunities for a crowd that might not be quite as au fait with the world of professional horse racing. You can get explanations of how the different races work from horse racing experts as well as other tups for getting the most out of your day. Expect to come across guests from Ireland, Germany, the UK and America, with the Prix de l’Arc de Triomphe being one of the most international meetings offered by French racing.