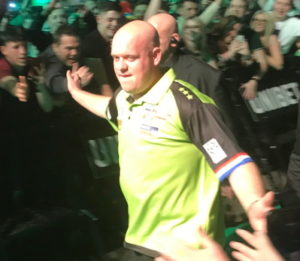 The PDC Premier League of Darts is now in its 18th year and in that time has surprised many early doubters to become one of the biggest darts events of the year.

Initially the event was dominated by Phil Taylor, who holds the record with 6 titles, he won all of the first 4 from 2005-2008 and didn’t lose any of his first 44 matches.  Michael van Gerwen has taken this mantle now with five titles, he has also won for four years in a row between 2016-2019.

The Premier League is usually held once a week on Thursday evenings from February to June.  In the past couple of years the event has been disrupted but is back on track for a 17 night roadshow that will culminate with the play offs.  Due to start in February the tournament will be played on Thursdays, starting in Cardiff and ending in Berlin.

The format has undergone a significant change for 2022.  Now eight players contest 16 mini-events with quarter finals, semi-finals and a final each night.  The winner, runner-up and semi-finalists then pick up league points and the winner gets a £10k bonus.  The top 4 after 16 events go into the play-offs to find the overall winner.  The idea is to make every match count.

As standard we have listed all the best betting site deals for all types of customers to allow you to find added value in your darts bets.  Further down you can find details of the format, schedule, venues, history and more,

Sponsor Special - Money Back Up To £40 + £10
begambleaware.org. New customer only. Min deposit £10. Money back as bonus if first bet loses. Wagering requirements: sportsbook 3x at min. odds of 1.40 (2/5), casino 35x. Unless forfeited the sportsbook bonus must be wagered before using the casino bonus. Bonus expires 7 days after opt-in. No deposit required for NI customers. Call 08081699314 to claim. #ad
Claim
T&Cs apply 18+

Up To £25 Free Bet + 10 Spins
If your account has Sportsbook losses at the end of your first day's betting, QuinnBet will refund 50% of your losses as a Free Bet up to £25 (min 3 bets) Plus 10 Free Spins on Asgard Warriors. Even if your account is up, you're guaranteed a £5 Free Bet Plus 10 Free Spins provided you place at least 1 bet of £10 or greater at the minimum odds. T&Cs apply | 18+ New UK Customers Only | BeGambleAware.org #ad
Claim
T&Cs apply 18+
See More Free Bets & Bonuses

Mention the words ‘Premier League’ to most people and they’ll think of English football’s top-flight, but the nation’s favourite sport isn’t the only one that has a premier league worthy of a mention. The name is somewhat appropriate, too, following the football’s lead of being a tournament played on a weekly basis.

The tournament has only been in existence since 2005, with Phil ‘The Power’ Taylor dominating proceedings during that time. Indeed, he didn’t lose a match until the fourth season when James Wade got one over on him in his 45th match in the competition.

Even in its formative years it didn’t struggle to gain admirers and has become one of the sport’s most important tournaments in the years that followed its launch.

The tournament previously saw top 10 players in the world take each other on in a round-robin tournament. Automatic admission into the League was given to the top 5 players according to the Professional Darts Corporation, with the remaining 5 places given over to wild card entries.

In 2022 the PDC decided to change the format to a new structure designed to make every match count more.  The number of players has been reduced from 10 to 8, wildcard entries removed and the number of legs reduced per match to 11. Now each of the 16 nights before the playoffs will be a mini-knockout tournament.  This starts with the quarter-finals, then semi-finals and a final.

Over 14 nights each player will play each other twice.  On the 8th and 16th night players will be drawn against each other based on the league table following nights 7 and 15.

The winner of each of the sixteen mini-events takes home a £10,000 bonus and 5 league points, the runner up gets 3 points and the losing semi-finalists 2 points.  The players in the top four league places then progress to the playoffs on night 17 to decide the overall winner. 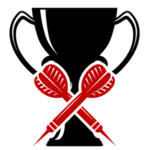 The big moment of the tournament is Play-Off Night, when the remaining four top places players in the league compete in the semi-finals.

First plays fourth and second plays third in a first to 10 legs matchup.

Semi-finals are contested over 19 legs with the winning players from each tie going through to the final to play each other in a best of 21 legs match to win the quarter of a million pound top prize.

The Premier League began with 7 players before moving to 8 and then to 10 using a league format split into two phases before a final play-off night.  This featured ‘contenders’ and ‘wildcard’ players in recent years.  In 2022 the event underwent it’s most radical overhaul in its history and is now reduced back to 8 players and no wildcards.

One issue with the old format was as the league went on a number of players were clearly no longer able to reach the play-offs and this reduced the competition in some matches.  The new format sees each night turned into a knockout tournament with quarters, semi’s and a final with ranking points available to the semi-finalists (2), runner up (3) and winner (5).

Critically a £10k bonus is also added for the night winner, which should help to motivate players late in the tournament who have little hope of making the play-off but could still win £10k for winning one of the 16 nights.

The eight players that contested in 2022 are shown below in order of Order of Merit rank from the end of January: 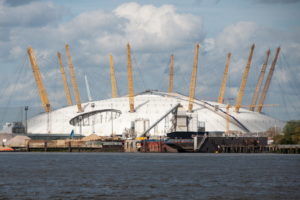 The tournament is usually played across sixteen different venues, with the final being held at the Utilita Arena in Newcastle. Looking at the 2022 edition, the table above shows the different venues that will be used.

As you can see, every week the tournament moved around the country to different arenas that were large enough to fit in the crowd wanting to watch.

The exceptions come in the form of a trip to the 3Arena in Dublin, the Mercedes-Benz Arena in Berlin and the Ahoy Arena in Rotterdam, being the only venues outside of the UK to hold a round of the competition.

In terms of being taken seriously by the rest of the sporting world, darts is actually a relatively recent sport to break into the public consciousness. Even as recently as the 1960s it was seen by most as a glorified pub sport.

It wasn’t until the launch of the British Darts Association that it began to be seen as a real sport, with the World Darts Federation’s World Cup of Darts not getting underway until 1977. 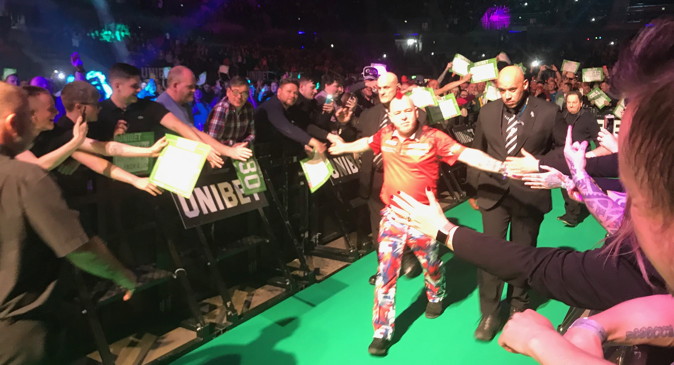 In modern terms, it was the founding of the PDC World Championships in 1994 that moved darts out of the sidelines and into the mainstream, properly introducing a modern audience to the sport.

The success of that tournament proved to the broadcasters that they could interest a watching audience with darts as a sport, so in 2005 Sky Sports created Premier League Darts in the hope that they could ensnare viewers interested in seeing more of it.

It’s worth bearing in mind, of course, that Sky Sports were responsible for the formation of the Premier League in football, so the name is no coincidence. When it began it took place every fortnight, moving to weekly in order to make the most of the coverage. Phil Taylor appeared in thirteen Premier League tournaments before his retirement, winning six of them. 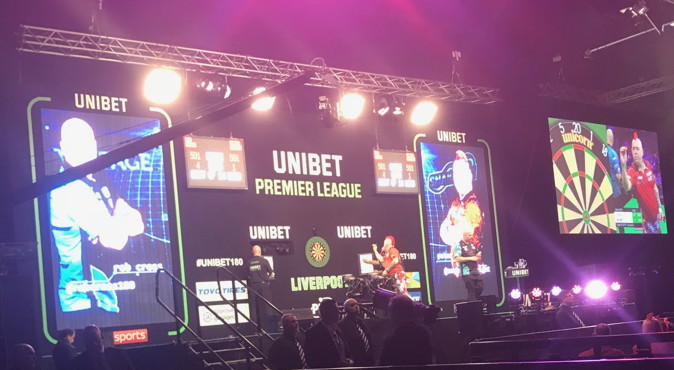 The competition was a Sky invention, so it’s no surprise that the broadcaster were responsible for showing the event live. In its first year, perhaps because of uncertainty surrounding its popularity, they alternated it with Premier League Snooker broadcasts.

In 2006 the snooker programme got moved to the end of autumn, meaning that Premier League darts took place weekly instead of fortnightly. It takes place on Thursday nights between February and May.

In the rest of the world, Premier League Darts is shown on different channels depending on where you’re located. American audiences watched it, delayed, on OLN in 2006 before BBC America began showing it live in 2018. Sport1 is the German channel that shows most matches.

As with any major sporting event, the Premier League Darts tournament has enjoyed a number of sponsors over the years. Here’s a look at some of them and when they took over sponsorship duties:

# In 2020 and 2021 due to coronavirus the schedule was suspended, on resumption nights were played behind closed doors in Milton Keynes.

The undisputed top player in the Premier League Darts tournament is Phil ‘The Power’ Taylor, who won the competition 6 times before his 2018 retirement from the sport.

Michael van Gerwen is a close second with 5 wins, matching them up with a further 2 appearances as a losing finalist.