The second major tournament of the season is being held for the 123rd year in 2023. The event, run by the United States Golf Association (USGA), constitutes part of the PGA, Japanese and European Tour events and is held in mid-June with the final round to be played on the 3rd Sunday, barring weather issues.

Since 1950 the U.S. Open has only been won by players from 8 other countries excluding the USA. However, from 2001 to 2014 the event was won on 9 occasions by non-US players and in 2021 (John Rahm, Spain) and 2022 (Matt Fitzpatrick, England) both won suggesting the modern tournament is a truly international open.

The 2023 Open will be held at the highly rated Lost Angeles Country Club in California, established in 1897.  Despite its long history it has only hosted five four events in history and none since 1940.  This is partly due to extensive renovations between 1996 and 2010 to make it into a proper championship course.  It will host its first ever major when the US Open comes to town in 2023.

As usual we’ve got the best deals and promotions for the US Open to help you get the best from your wagers as well as history, schedules and more.

The US Open Format

Qualifying and The Field

The third golf major of the year also acts as an official tour event on the PGA, European and Japanese Tours. The US Open has a field of 156 players with around half coming through qualifying and the other half exempt receiving a direct place.

You can receive an exemption for a number of reasons including having been a winner of the US Open in the previous ten years or other major in the last five years.

You will also receive an exemption if you are in the top 60 ranked players in the world. Special exemptions are also given out by the United States Golf Association (USGA).

Players that go through qualifying can enter through two routes. The first route is local qualifying or stage one, this starts with 18 holes placed at more than 100 courses across the US.

Qualifiers from stage one local qualifying then progress to stage two sectional qualifying, this is where most of the rest of the worlds ranked players join. Stage 2 is played at several sites and involves a 36-hole single day game.

Unlike the Masters at Augusta the US Open moves course each year preventing players becoming too familiar with the layout. Courses are often chosen that are long with high grass rough areas giving a focus on precision driving. In general US Open courses are rarely beaten with most winners and leaders scoring around par, in fact in the past there have been many over-par wins.

As with all other majors the tournament is played over 72 holes (four rounds of 18) with a cut at 36 holes. All golfers in the top 60 (including ties) make the cut at the US Open, replacing the rule prior to 2012 that all players within 10 strokes made the cut. The first two rounds are played on Thursday and Friday and the final two rounds following the cut are played on Saturday and Sunday.

Until recently the US Open was the only major golf tournament to retain a full 18-hole play-off if two are more players are tied for the lead at the end of the final round and was played on the Monday should it happen. This last happened to Tiger Woods in 2008 when he defeated Rocco Mediate at Torrey Pines in California.

In 2018 in a consultation with fans, players and the media it was decided by the Golf Association in the US to make the play-off a two-hole aggregate.  If this happens it will be played immediately following the end of the fourth round on the Sunday. 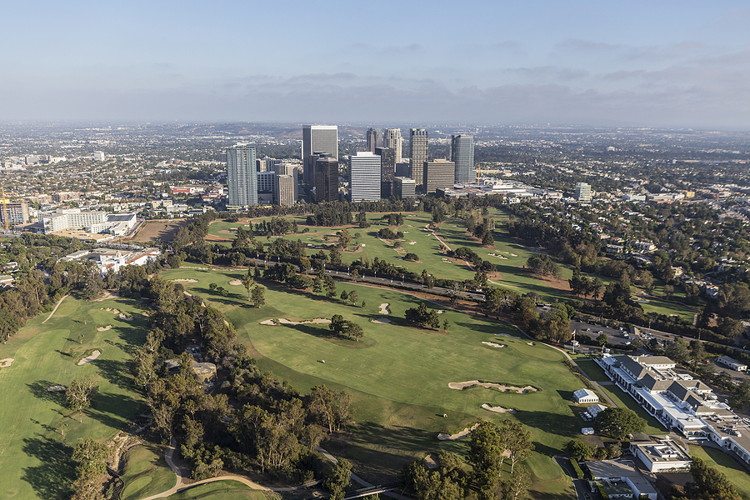 The 2023 Open is the 123rd since the tournament began in 1895, the club it will be hosted at is located in the affluent district of Beverly Hills in LA.  The club was opened in 1897 and moved around a bit in it’s first 15 years eventually settling in its current location in 1911.  It is known for it’s club house, which is a converted old windmill and was moved from its original location when the club moved.

For a club that is 125 years old it is surprising it has never before hosted a major.  In fact, it has only hosted 5 tour events in history and all of those were before 1940.  One reason for this was it was not quite up to being a championship course but significant renovations between 1996 and 2010 has changed all of that.  Now the 36 hole course is regarded as a significant challenge worthy of a major.  The 2023 US Open will be played out on the North Course.

Set in the bustling city the club has an iconic backdrop of LA high rises that glint in the sun. For the Open a long configuration is used resulting in a fair length of 7200 yards with a par 70.  Now considered one of the best courses in the region and one of the best on the West Coast it is set back around 12 miles from the coast, helping to balance weather and wind and so generally favouring consistent players.

The table above shows players who have won 3 or more US Open titles.

History of The US Open

The US Open was first played back on the 4th October 1885 at the 9-hole Newport County Golf Club in Rhode Island. The tournament in which 11 people entered (10 pros and 1 amateur) was played over 36 holes all played in one day. The event was won by Englishman Horace Rawlins winning $150 from a total prize pool of $335, he also collected a gold medal and the Open Championship Cup Trophy.

The Open went on to be dominated by players from Britain, Willie Anderson from Scotland won the Cup three years on the bounce from 1903-05, a record that still stands to this day. This dominance continued until John McDermott succeeded as the first American winner in 1911. The tide switched quickly and from 1911 until 1993 the US Open was only won 7 times by non-US players.

Bobby Jones was the youngest ever winner in 1923 and won a further three Opens dominating the 1920’s. The Open was suspended from 1941 to 1946 when the USA entered World War II and it was Ben Hogan who became the star of the 40’s and early 50’s again winning four times. Arnold Palmer won his only US Open in 1960 and Jack Nicklaus won his first of four in 1962, in fact Jack holds the record for the most consecutive appearances, 44, between 1957 and 2000.

South African Gary Player became the first non-US player to win for 40 years when he won the crown in 1965 and Englishman Tony Jacklin became the first brit to win since 1925 when he claimed the title in 1970. Hale Irwin hold the record of the largest range between wins winning in 1974, 1979 and then again in 1990.

South African’s won four titles between 1994 and 2004, with two titles each for Ernie Els and Retief Goosen. Tiger Woods won his first of three in 2000 and his last in 2008 and remains the last US player to dominate until now. 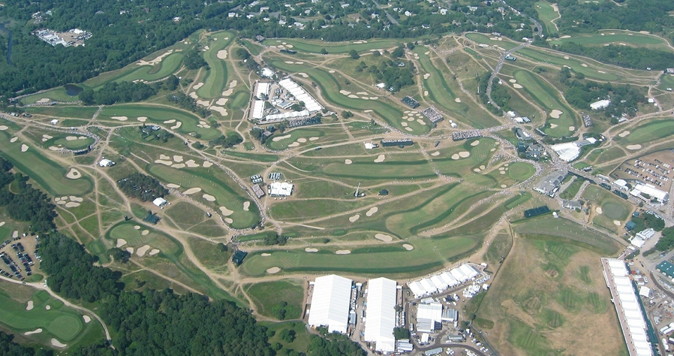 Having said that US players have dominated in recent years with Jordan Spieth winning in 2015 and Dustin Johnson in 2016. The 2017 and 2018 winner Brooks Koepka deserves special mention, becoming only the third man to successfully defend the title since the end of WWII and the first since 1989.  Americans Gary Woodland and Bryson DeChambeau won 2019 and 2020 respectively, both with their first major.

Diversity returned, however, in 2021 when Spain’s John Rahm won his first major title and in 2022 when Englishman Matt Fitzpatrick won his first major. The 2023 edition is sure to be another fantastic year and with so many new great golfers on the scene.  In 2020, for example, Tiger Woods, Jordan Spieth, Justin Rose and 3 other previous winners missed the cut, this tells you how good the pack is right now.