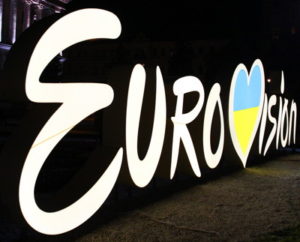 Camp, kitsch and beloved by millions, the Eurovision Song Contest, often referred to simply as Eurovision, is based on the Sanremo Music Festival that has been taking part in Italy since 1951. It was inaugurated 5 years after that and involves participating countries putting forward a song to be judged by the other countries taking part in the Contest. It takes place every year (well except last year!) and at least 50 countries take part, with the majority of them being based in Europe.

To say it’s beloved by millions might actually be underplaying things a touch, considering that between 100 and 600 million watch it around the globe. It is even shown in countries that don’t take part in it, such as China, New Zealand and the United States. Some global megastars have emerged from Eurovision over the years, with those that received the biggest boost to their careers after appearing on it including ABBA, Celine Dion and Katrina and the Waves.

Whoever you fancy to win if you are going to place a bet on Eurovision odds are generally poor due to market uncertainty.  Therefore you might as well use a good offer to swing the chances more in your favour. We’ve done the hard work for you and have scoured Europe’s leading bookies to bring you all the best promotions.

While the specifics of the format employed by the Eurovision Song Contest have changed over the years, the overall objective has remained the same.

Countries that take part are required to submit an original song that will be performed live on television and radio and broadcast simultaneously in all countries across the Eurovision Network.

One of the participating countries hosts the event and the various countries then vote on the performances once they’ve all been shown.

In 1996 Germany failed to qualify for Eurovision, which caused major problems as the country has long been one of the biggest financial contributors to the song Contest.

The result was that EBU decided to change the rules in 2000 to mean that Germany, along with the other biggest contributors in terms of finance that are France, Spain and the UK, would automatically qualify for the final regardless of how they did in the scoring. When Italy qualified for the tournament again in 2011 they became part of the so-called ‘big five’ of financial contributors.

Countries are eligible to apply to take part in the Eurovision Song Contest as long as they are active members of the European Broadcasting Union. If they then wish to take part then they’ll need to meet several criteria as defined by the laws of the competition.

The fact that both full EBU members and associate members have been allowed to participate since 2017 means that countries don’t actually need to be based in Europe in order to participate, with Australia being an example of one non-European-based nation that has been an active participant.

The result of this is that the number of countries taking part in Eurovision has grown year on year. In the inaugural year of 1956 just 7 did so, for example, with that number increasing to more than 20 by the end of the 1980s. By 2018 that number had reached 43 participants, with 26 of them being involved in the final itself. 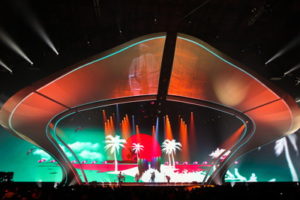 The number of countries able to take part in the final is limited by the length of time that the can be taken up with the live broadcast, which is usually limited to 3 hours. The qualification process used to involve the average points total for the previous five years being calculated, but this was seen as controversial owning to the fact that a previous attempt being poor might not necessarily mean that future attempts would be.

As a result of this, the 2004 version of the Eurovision Song Contest introduced a semi-final stage that took place on the Wednesday of Eurovision Week.

It worked in a similar manner to the main event, with the highest-placed songs progressing to the final proper on the Saturday night. The lowest placed songs were eliminated. In 2008 it was decided that two semi-finals would be held in order to decide upon the countries that would make the final.

The only countries that don’t have to go through some sort of qualification are the Big Five mentioned elsewhere and the host country. They are joined by the ten countries that gain the most votes in the two semi-finals.

How The Voting Works 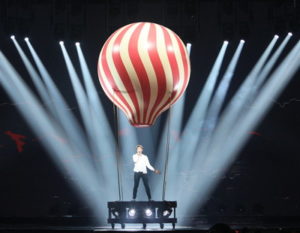 Countries cannot vote for the song that their representatives performed, but since 2016 there have been two sets of points awarded to the ten songs that the voting countries have enjoyed the most.

One of these sets of points is awarded by a professional panel and the other by the voting public. The points break down as follows in terms of their favourite down to their 10th favourite:

The country that has been awarded the most points at the end of the voting period is named as the winning nation. Part of their reward is the hosting of the Contest the following year.

The voting process is overseen by the European Broadcasting Union scrutineer, whose responsibility includes making sure that the points are awarded in the right order and correctly.

One of the best-known factors around the Eurovision Song Contest is the political nature of the voting. Whilst everyone involved would like to think that the best song always wins, the reality is that those casting the votes often take into account any political information before they cast their vote.

Countries will often give points to countries that they have a good relationship with rather than whose song they’ve particularly enjoyed listening to.

Research into the matter has shown that voting blocs, created according to a country’s relationship with neighbours, has affected the result of the Contest more than once.

The United Kingdom’s relationship with Europe was soured over the Brexit vote, leading to the country regularly finishing last. Indeed, it wasn’t just Brexit that caused this, with the country often struggling to gain points because of its approach to international relations.

The idea of political voting isn’t the only controversy that surrounds the Contest. Freedom of Movement is one of the key tenets of the European Union, meaning that expatriates from different European countries can be living elsewhere and vote for their home nation even though countries aren’t allowed to vote for their own song. 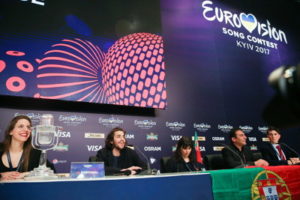 The Eurovision Song Contest is seen by many as being a fluffy, easy-going event that is generally inoffensive. Whilst that might often be the case, it has also been the subject of numerous moments of controversy over the years.

Often when a country gives maximum points to a neighbouring country or one that it has a good relationship with, for example, some in the audience will boo to show their displeasure. In both 2014 and 2015 Russia was booed when receiving points because of the country’s policy towards LGBTQ+ people as well as its annexation of Crimea.

The 2019 Contest was hosted by Israel in Tel Aviv, leading to many to protest over the country’s conflict with Palestine and its occupation of the West Bank. Fifty artists wrote to the BBC to urge the organisation to encourage the Contest’s movement to a different country.

Mango TV, meanwhile, had broadcast the 2018 version of Eurovision in China but was banned from doing so in the future after it emerged that they had censored LGBTQ+ imagery as well as the performance by Ireland’s same sex dance couple.

The History Of Eurovision

The Eurovision Song Contest was born out of a desire to unite Europe in the wake of the Second World War. As the continent tried to piece itself back together, it was felt that there might be a way to unite countries thanks to light entertainment. The European Broadcasting Union formed a committee to explore what could be done, with the committee coming up with the idea of of a song competition similar to the Sanremo Music Festival that had been taking place in Italy for several years prior.

Nowadays that might seem like a relatively simple idea, but at the time the notion of bringing countries together for a live broadcaster to be show around the continent was virtually unheard of. This was in the days before satellite television, for example, wit the only way of broadcasting between countries being the terrestrial microwave network. The Contest was originally known as the ‘Eurovision Grand Prix’ and received approval from the EBU on the 19th of October 1955 with an aim of it taking place for the first time in the following spring.

The first iteration of the Contest was hosted by the Swiss town of Lugano on the 24th of May 1956, with seven nations putting forward two songs each for a total of 14. It was the first and only time that a country performed more than one song, with future versions of the Contest involving participating nations having just one song each. The first ever Eurovision Song Contest was won by the host nation of Switzerland. It had seen the participants perform ‘sing-along songs’ with a live orchestra, which was quite traditional at the time. 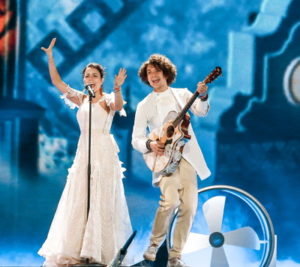 In 1965 the Swedish entrants performance a song in English called Absent Friends. It led to a declaration by the EBU that all songs must be performed in the language of the nation that the performers were representing.

With the need to perform songs in a language that many might not be able to understand but realising that they were unlikely to win points for song that people couldn’t understand, songs began to take on generic titles that were decipherable in any language. Early examples of this included the likes of La La La and Boom-Bang-A-Bang.

In 1973 the EBU decided to relax the rules on language, feeling that they were alienating the audience by forcing competitors to perform in a language that only their compatriots would understand. The language rules were dropped in 1973, with the result that ABBA won the 1974 Contest with their song Waterloo.

Remarkably, the EBU changed their mind and reversed the language rules in 1977 and they remained in place until they were dropped permanently in 1999. 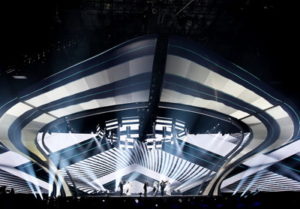 When the Contest first began it was known as the Eurovision Grand Prix in English and the Grand Prix Eurovision de la Chanson Européenne in French.

In 1973 a decision was taken to drop the Grand Prix and replace it with the word ‘Concours’, which translates to ‘Contest’ in English.

It has borne the name in most countries since 1973 and is unlikely to change in the future owing to the Contest’s massive popularity.

The winners of the competition act as hosts the following year, with numerous exceptions occurring over the years. Here are some examples of times when the host nation was not the winner the year before:

The hosting duties fall onto the host nation’s chief broadcaster. For reasons of logistics, it was decided after Australia’s acceptance into the Contest in 2015 that if they ever won it then the country’s broadcaster, SBS, would collaborate with an EBU Member Broadcaster of their own choosing in order to co-host the Contest. At the time or writing, however, the winning nation has hosted the following year since 1981.

The table above shows nations that have won the Eurovision Song Contest on three or more occasions. 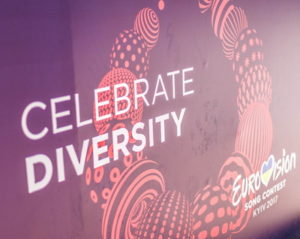 Given Eurovision has been taking place every year since 1956 it’s fair to say that there have been a number of interesting occurrences since then. Here’s a look at them: