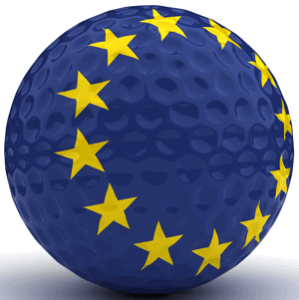 There are three main tours in Europe that come under the auspices of the PGA European Tour: the developmental Challenge Tour for younger and less experienced golfers, the Elite European Tour and the European Senior Tour.

Based in Virginia Water, Surrey at the Wentworth Club, it was founded in 1972 by the British Professional Golfers’ Association. Despite the name of the organisation and the fact that the vast majority of its events are held in Europe, more and more events have actually been held outside the continent in recent years. Back in 2015, for example, the majority of ranking events were not held in Europe. The organisation is controlled by the golfers and has the aim of maximising the amount of money that touring players can earn. Operated as a limited company, it also has a 60% interest in the Ryder Cup.

The European Tour tends to begin at the end of one year before mostly taking place in the following year, but is known predominantly by the latter year when being spoken about. To put it another way, a season might begin in November of 2019 and end in September of 2020 but would be known as the 2020 season as opposed to the 2019-2020 season.

Events that are played prior to March take place outside of Europe and are often those co-sanctioned with other Tours. There can be alterations from one season to the next, but generally speaking things stay pretty much the same and the biggest tournaments have a set place in the schedule. The following are the major things to look out for on the European Tour:

Getting On To The Tour 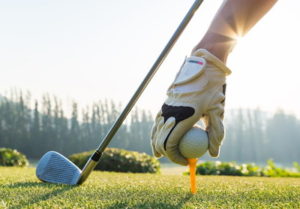 If a golfer wishes to get on the European Tour of the European Challenge Tour then they can go to Qualifying School. It takes place every September to November and those that take part in it are eligible for Associate 1 Membership. It is open to all amateurs that play off Scratch or have appeared in the first 2,000 positions of the World Amateur Golf Ranking.  The leading 25 players at the Final Stage are then eligible for a European Tour card for the following season.

Obviously the major golfers don’t need to go to Qualifying School in order to be on the European Tour. Instead they have to either have won a tournament or else finish in the top 110 places of the Race To Dubai. There are numerous tournaments that offer winners a place on the likes of the European or PGA Tours for as many as five years, so places are taken up by not just the recent winners but also past ones.

As with the PGA Tour, there are far too many courses used during the European Tour to talk about them all. Instead, here’s a quick look at some of the most famous courses that are used to host European Tour events to give you an idea of the sort of venue that is often turned to for the biggest and best tournaments.

There’s no question that the PGA Tour boasts the more valuable tournaments, but that doesn’t mean that the European Tour isn’t even worth bothering with. Interestingly, it’s the tournament that players don’t get paid for participating in that matters the most to the European Tour: the Ryder Cup. When the event is hosted in Europe it earns the Tour around £14 million, compared to a £2.2 million loss in a non-Ryder Cup year.

As an example of the difference between the two Tours, the PGA Tour offered prize money in excess of $250 million back in 2005, whilst the European Tour offered £80 million, which was akin to around $130 million. Obviously the four Majors are the most lucrative events of both tours, followed by the four World Golf Championships.

The amount of money available on European Tour events or events that are co-sanctioned by the European Tour has been on the up ever since 2005. That is in part thanks to the HSBC Champions Tournament, which was hosted in China and offered a prize purse of $5 million. 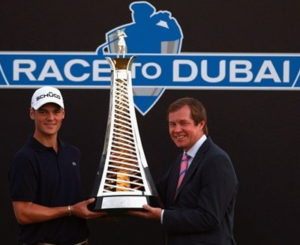 Until 2009 the money list for the European Tour was known as the Order Of Merit, but that abandoned in favour of the current Race To Dubai format. The winner of the Race, and before that the Order Of Merit, is presented with the Harry Vardon Trophy.

The British PGA presented the awarded between 1937 until the European Tour was formed. It is named in honour of Harry Vardon, a golfer from Jersey who was considered to be a great of the time. Initially it was given to the player who had the best average in stroke play events, but in 1975 that was switched to mean that the player with the most prize money was given it.

The Rookie Of The Year Award 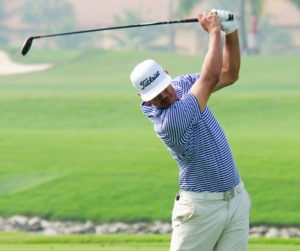 Named in honour of Sir Henry Cotton, the three-time champion of the British Open, the Sir Henry Cotton Rookie Of The Year Award was originally given to the best rookie as chosen by Sir Henry himself. That was then altered to be chosen by a panel made up of people from the Royal & Ancient, the Association of Golf Writers and the PGA European Tour.

First presented in 1960, nowadays the trophy is given to the rookie that finishes the highest in the Race To Dubai ranking. It is presented alongside the Golfer Of The Year Award and can be used as something of a touchstone for a golfer’s future ability. As an example, here are some of the names of people that have been given the Rookie Of The Year Award in the past:

For a list of previous European tour winners head over to our Race To Dubai page where we detail winners since 2009.

The History Of The European Tour

It’s little wonder that European golfers wanted a professional body to represent their interests, considering the sport of golf began life in the European country of Scotland. Professionalism as an idea came about when the greenkeepers and club makers charged wealthy men money to teach them how to play the sport. They would then use that money to play ‘challenge matches’ against one another, often using the money of those wealthy mean to form a purse for a prize.

The Open Championship began life in 1860 and was the first example of one of those challenges being opened up to multiple players. Eight professionals played in the first ever British Open before it was opened up to amateurs the year after. There was always a cordial enough relationship between professionals and amateurs in the world of golf, which saw it fly in the face of many other professional games at the time. In rugby, for example, the refusal to accept professionalism led to the split in the sport between rugby union and rugby league.

The Open Paves The Way For More Tournaments 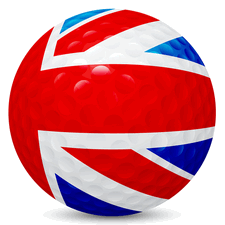 The Open Championship proved to be popular almost immediately, to such an extent that that other tournaments began to be created at a slow but regular pace. Plenty of them were in the United Kingdom, but as the game began to spread around the rest of Europe different countries on the continent began to create their own versions.

Even so, prize money alone wasn’t good enough for a golfer to earn decent money, so the Professional Golfers’ Association was created in 1901 with the idea of allowing professionals to work together in order to protect their own interests.

The idea worked, albeit slowly. By the time the Second World War had come to an end and tournaments were able to start back up again, the amount of money offered to golfers was far more significant. Television coverage also began to improve, which in turn led to golfers being able to ask for higher prize money.

The Professional Golfers’ Association noted that in the USA the PGA had been in existence since the 1930s and had allowed American golfers to be more collective, including in taking the organisation of tournaments away from individual clubs or commercial promoters.

The European Tour Is Formed

The Professional Golfers’ Association introduced the European Tour for the first time in 1972, with the season initially running from April to October. It was mainly based in Ireland and the UK, though it did branch further afield on occasion. As an example, that initial 1972 European Tour saw 12 competitions based in the United Kingdom, 1 in Ireland and 1 in each of the following:

There were also 2 tournaments held in Spain. One of the Spanish tournaments and all of the ones listed above were the national opens for those countries, with the other being the Madrid Open. 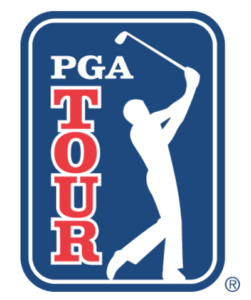 Over the years that followed the popularity of the tour grew and grew, allowing it to move further afield. In 1982 the first PGA Europe event was held outside of Europe thanks to the Tunisian Open, with the season also stretching into November. Perhaps the biggest change came two years later, however, when the PGA European Tour became a separate and independent entity from the Professional Golfers’ Association. Yet that wasn’t enough to stop players from being tempted away to play on the PGA Tour in America.

There were numerous reasons why players wanted to ply their trade stateside, not least of which was the fact that there were three Majors on offer there and so they felt the need to acclimatise themselves to US courses. It was also undeniable that the PGA Tour offered much higher purses then its European equivalent, so the Tour suddenly found itself under threat.

As a result the Volvo Bonus Pool was introduced in 1988, offering additional prize money to be distributed to the best players at the end of the season. The key was that golfers had to play in a given number of European Tour events in order to be eligible.

1989 saw the Dubai Desert Classic cause the European Tour to head to Asia for the first time, whilst the following year involved 38 events on the schedule and the season started in February. The Johnnie Walker Classic was played in Bangkok in 1992, seeing the Tour arrive in East Asia for its debut in the region. The region would grow to become a hugely important one for the Tour in the years that followed.

The same cannot be said of the Soviet region, which was played in for the first time in 1994 thanks to the Czech Open, but not much developed in the Soviet Bloc in the years after.

Another crucial moment for the development of the Tour came in 1995 when a policy of co-sanctioning other PGA competitions began. The first was the South African PGA Championship, then the year after the PGA Tour of Australasia. A big change occurred in 1998 when the Volvo Bonus Pool was abandoned and instead the US Open, PGA Championship and Masters Tournament were added to the list of tournaments that’s prize money counted towards the European Tour Order Of Merit, which was replaced by the Race To Dubai in 2009.

Three World Golf Championships were also added in 1999, making a big difference to the end-of-season rankings.