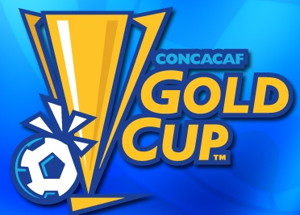 The 2023 the biennial Confederation of North, Central American and Caribbean Association Football (CONCACAF) Gold Cup will keep the expanded 16 team format from 2019 and 2021.  It will again be hosted mainly in the USA, although co-hosts have been invited, such was the case in 2019 when Costa Rica and Jamaica helped out.  The US has hosted, or co-hosted, every event since its changed from the CONCACAF Championship in 1991.  The final will take place on 16th July 2023.

The tournament is historically dominated by Mexico (11 titles) and the USA (7 titles, and current champions), which is to be expected given most other nations are generally small central American countries or islands.  The only other country to win the event was Canada in 2000. This year is the 17th edition of the Gold Cup and with sixteen teams will see 33 matches played over 17 venues in June and July.

In terms of football quality the event doesn’t quite match its South American twin, but nevertheless coming at a quiet time for football it is one of the only decent summer footy events to bet on.  It also attracts interest from bookies with competitive odds and offers (which you can find below).  Details about the tournament format and history can be found further down.

Every FIFA football federation has its own championship, with UEFA boasting the European Championship, CONMEBOL the Copa America and the Confederation of African Football the Africa Cup of Nations. The Confederation of North, Central American and Caribbean Association Football is no different, with the CONCACAF Gold Cup taking place every two years and deciding upon the best national men’s team for North America, Central America and the Caribbean.

Given CONCACAF isn’t exactly the home of giants of the game, with countries like Barbados, Haiti and Saint Lucia coming under its jurisdiction, it’s far to say that that CONCACAF Gold Cup isn’t given the same sort of respect that other confederation’s tournaments are. After all, the Copa America welcomes the likes of Brazil and Argentina and UEFA are the governing body of nations such as England, Germany and Italy, so they’re always likely to be considered to be more worthy of prestige than the confederation for Central America and the Caribbean.

Format Of The CONCACAF Gold Cup 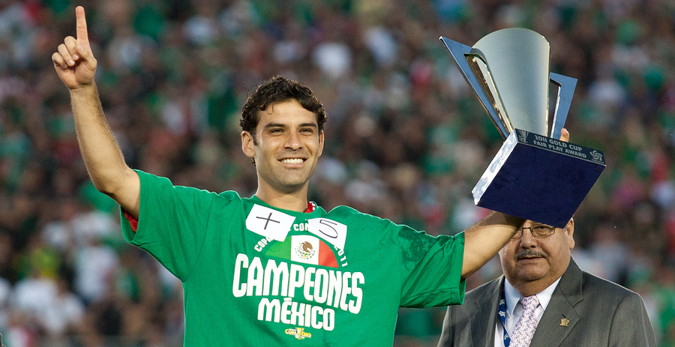 That isn’t to say that the competition is entirely without merit, of course. The teams that are entered into the CONCACAF Gold Cup take it just as seriously as their counterparts in the European Championship or the CONMEBOL organised tournament.

The first thing to do, therefore, is to have a look at the format of the competition, using the 2021 iteration of the event to give us an idea of how it works. 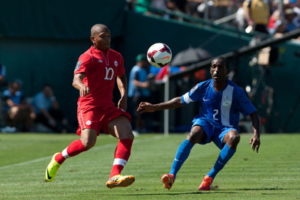 16 teams are invited to take part in the Gold Cup. Given that CONCACAF has 41 member nations, that obviously requires a degree of whittling down of the teams prior to the tournament getting underway.

Previously the qualification process was split into teams from Central America and those form the Caribbean, but that was abandoned in favour of a new system. 6 teams qualified directly for the 2019 version of the tournament by participating in the 2018 FIFA World Cup qualifying Hexagonal, whilst the other 10 earned their place via the new Nations League qualifying process.

The second round sees the four winners from round 1 play against the four third placed teams in Nations League A, again over two legs with League A teams hosting the second leg.  The four winners of these ties will join the 12 other teams already qualified in the Gold Cup.

As with many international tournaments, the CONCACAF Gold Cup is split into two parts: the group stage and the knockout phase. 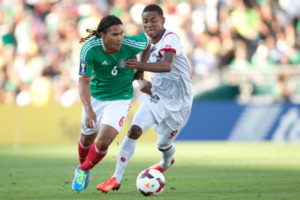 The group stage involves the 16 teams being split up into four groups with 4 teams in each group. The teams then play each other once in a round-robin form, earning 3 points for a win, 1 point for a draw and no points for a loss.

The top four teams according to the CONCACAF Ranking Index are seeded, entered into a different group each. The rest of the teams are then put into different groups at random.

After each team has played each other the points are collated and the group order is sorted according to points won. If more than one team finishes on the same number of points then the following will be used to determine finishing positions:

If at the end of it teams still can’t be separated, lots will be drawn.

Once the finishing positions of the teams in each group have been decided, the top two teams will progress to the knockout phase of the competition. 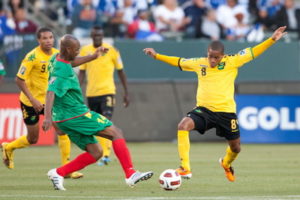 8 teams progress from the group stage of the Gold Cup to the knockout phase, meaning that it is essentially like the quarter-final stage of a traditional cup competition. The 8 teams play each other according to which group they were in and whether they finished top or second, with the process having been determined before the competition gets underway. As an example, here’s how it looked in 2019:

The semi-final then sees the winners of the first matches go head-to-head for a place in the final. Again, here’s how they were determined ahead of the 2019 Gold Cup:

The final, rather obviously, sees the two semi-finalists go up against each other to win the Gold Cup. Unlike with many other international tournaments, there is no 3rd place play-off in the CONCACAF Gold Cup.

Should any of the matches in the knockout phase be drawing after 90 minutes, extra-time may be played. At this point, both teams are allowed a 4th substitution. If the score is still level after the extra 30 minutes of playing time then the match will go to a penalty shootout.

* Stadium to be used for CONCACAF Gold Cup final 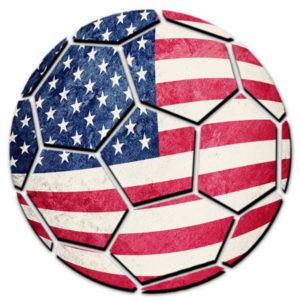 Prior to the 2023 iteration of the Gold Cup, every single edition of the tournament had been hosted by the United States of America and either Mexico or Canada. The 2019 Gold Cup broke with this tradition, however, by sharing hosting duties around between Central America and the Caribbean.

The criteria for hosting matches comes down to whether or not a nation has a suitable infrastructure to do so, which is why the US has been used so regularly throughout the competition’s history. In 2019, for example, 15 venues in the United States were chosen to host matches, as well as one in Costa Rica and one in Jamaica.

CONCACAF hope that other nations will come forward to share hosting duties for 2023.

The Confederation of North, Central American and Caribbean Association Football was only formed in 1961, but competitive football was still played between the nations of the region before that.

There were two main governing bodies for the region, with the Confederación Centroamericana y del Caribe de Fútbol organising games for teams from Central America and the Caribbean and the North American Football Confederation taking care of North America. Games were played in two competitions, the CCCF Championship and the NAFC Championship.

The Foundation Of CONCACAF & The New Championship 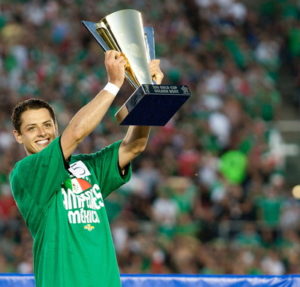 In the wake of the 1961 formation of the new confederation, which occurred thanks to the merging of the CCCF and the NAFC, a decision was taken to organise a tournament that would involve all the nations of the region. The new CONCACAF Championship took place in 1963, hosted by El Salvador and seeing Costa Rica become the first ever champions of the new look tournament. Known as the CONCACAF Campeonato de Naciones, it was decided that it would be held every two years in a different location each year.

Back then the competition only involved six teams, but in 1973 the competition began to take on a greater sense of importance when the CONCACAF federation’s place at the 1974 World Cup was awarded to the winner. The final was held in the Haitian city of Port-au-Prince, with the host nation shocking everyone by winning and sealing their place at the 1974 World Cup, hosted by West Germany. That was the moment that the tournament switched to being held every four years, given that it was used as the qualifying tournament for the World Cup and therefore needed to follow the FIFA competition’s schedule.

The CONCACAF Gold Cup Is Formed

CONCACAF made the decision in 1990 to end the CONCACAF Championship, instead rebranding it as the CONCACAF Gold Cup. This also involved an extension of the competition to welcome 8 teams to the final and also saw the start of the hosting duties taken on by the United States of America. The hosts won the inaugural version of the new look competition for the region, though it was success that was short-lived. Mexico would go on to dominate the rest of the 1990s, winning the competition in 1993, 1996 and 1998.

The format was played with a number of times in the 1990s and early noughties. The first change was to see the competition invite teams from outside of the CONCACAF region to take part, with the World Cup winners Brazil asked to take part in the 1996 version of the tournament. In 2000 the field was increased again, this time moving from an 8-team format to a 12-team one. Guest nations continued to be invited to play up to and including the 2005 version of the Gold Cup. 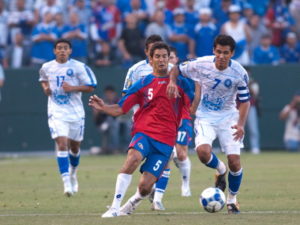 In 2007 it was decided that the CONCACAF Gold Cup would go back to being exclusively for teams that were part of the CONCACAF federation, removing the requirement to invite outside teams to play in the tournament. It led to a period of dominance by the United States and Mexico, with the former winning the 2007 iteration of the competition and the latter then beating them in 2009 and 2011, winning the finals 5-0 and 4-2 respectively. The United States team returning to winning ways in 2013, however, beating Panama in the final.

At the start of 2017, the President of CONCACAF, Victor Montagliani, announced that the competition would expand to include 16 teams in the finals, increasing the number once again from 12. Plans were put in place for this to happen for the 2019 version of the tournament, which would be hosted by America, Costa Rica and Jamaica. 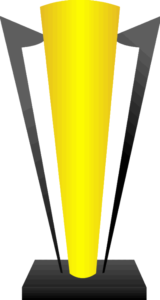 Ahead of the 2019 CONCACAF Gold Cup, the trophy that would be lifted by the winners did a tour across the United States of America. It allowed people to see it and have their photo taken with it, taking in such important events as the President’s Cup, the Houston Rodeo and the Cinco de Mayo Festival in Denver.

It is perhaps fair to say that the trophy itself lacks the personality of other major prizes in world football. If you to ask a designer to create a somewhat bland trophy for a computer game then they would almost certainly create something akin to the CONCACAF Gold Cup, which has a large base, a thin bottom and widens out towards the top, with pointed handles.

It is gold coloured, as you’d expect, and is engraved with the words ‘Gold Cup’ and ‘Copa Oro’, but otherwise lacks any real standout points to make it in any way memorable. 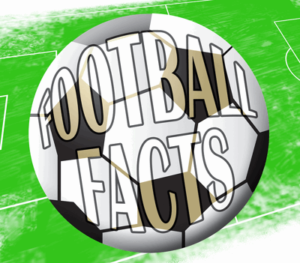 While the trophy might not be worth writing home about, the tournament itself certainly boasts a few interesting facts that are worth drawing your attention to. Here are the best ones we’ve been able to find: