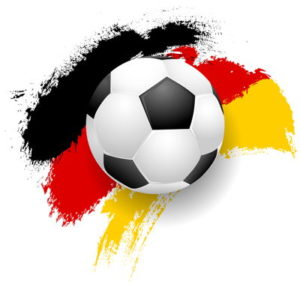 The Bundesliga is Germany’s equivalent to the Premier League, being the top-flight league for association football in the country. It differs from most top-flight leagues in the main European countries on account of the fact that it has 18 teams rather than 20, meaning that fewer games are played during the course of a season. It works with 2. Bundesliga to operate a system of relegation and promotion, much as the English top-flight works with the Championship.

The Bundesliga is dominated by Bayern Munich, who won the title 29 times between its formation in 1963 and the conclusion of the 2019-2020 campaign; pretty impressive when you realise that it took them six seasons to win their first. The English top-flight is the most popular in the world, but the Bundesliga sits alongside La Liga as being second on the list, demanding more attention than both Ligue 1 in France and Serie A in Italy from football supporters. 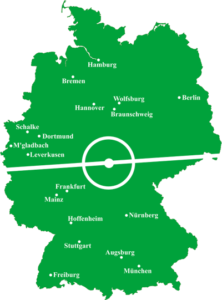 The format that the Bundesliga takes is quite a common one for European football leagues in the sense that each club plays all the other clubs once and home and once away. A victory results in 3 points being awarded, a draw leads to 1 point and a loss results in 0 points for the losing side. At the end of the 34 game season, when 340 games will have been played in total, the club that has won the most points is awarded the German championship.

The interest in the football season doesn’t end there, however. The top 4 sides are awarded places in the Champions League for the following season, moving automatically into the group stage of the competition. Where things differ slightly from the likes of the Premier League is when it comes to how the Germans administer relegation. It isn’t as straight-forward as the bottom 3 teams going down and the top 3 from 2. Bundesliga replacing them.

Instead, the bottom 2 teams at the end of the season are relegated for the following campaign and will be replaced by the top 2 teams from 2. Bundesliga. Meanwhile the third-last placed team, which will have finished 16th, enters into a two-legged play-off with the team that finished 3rd in 2. Bundesliga. This will decide which team will play the following season in the Bundesliga and which will be in the second-tier of German football.

Should two or more teams be level on points at the end of the season, the Bundesliga uses the following information to decide the ultimate positions, in order:

If, remarkably, the two teams are still tied after looking at all of those criteria then a one-off match will be played at a neutral venue.

When it comes to picking the match day squads, Bundesliga teams are allowed no more than 5 non-EU representatives within it. There can be 9 substitutes on the bench, with 3 used during the matches themselves. Away from the Champions League, the teams that finish 5th and 6th gain entry into the Europa League. 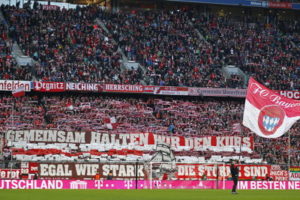 One of the biggest ways in which the Bundesliga differs from the Premier League comes in how clubs are structured from an ownership point of view. Clubs are required to be majority-owned by club members. This is known as the 50+1 rule, with club members needing to own 50% of the shares as well as 1 additional share. It is designed to stop a single entity from having overall control of a football club.

The exceptions to this come in the form of a person or company that has been funding a club financially for 20 years or more, allowing them to own a controlling stake in the club. The obvious examples of this are Bayer 04 Leverkusen and VfL Wolfsburg, who are owned by the pharmaceuticals company Bayer and the car manufacturers Volkswagen respectively. RB Leipzig have come under criticism for the way they have got around the 50+1 rule.

The History Of The Bundesliga 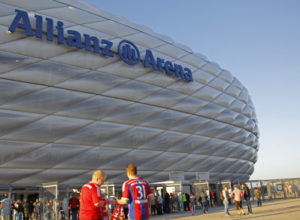 Prior to 1949, German football was mostly an amateur game, played in regional leagues. 1949 was the moment that semi-professionalism was introduced, with only five regional Oberligen remaining. There were calls for a central league for professional footballers throughout the 1950s, with professional leagues in other countries enticing German players away. This became problematic in international tournaments as professional teams from elsewhere won regularly.

Indeed, it ended up being international football that eventually spurred on the need to create a professional league in the country. West Germany lost to Yugoslavia in the World Cup quarter-final, prompting the Deutscher Fußball-Bund, or German Football Association, to create a new professional league. The vote was passed at the conference on the 28th of July in 1962, deciding that it should start for the 1963-1964 season.

East Germany had its own football league at the time, but West Germany still had its five Oberligen. 46 clubs applied to join the newly created league, with just 16 actually being able to do so. They were as follows:

In the wake of the reunification of Germany, East German clubs were absorbed into the West German system, with Dynamo Dresden and F.C. Hansa Rostock being added to the Bundesliga to move it into an 18-team league system. Whilst some changes were made to the German top-flight league in the years that followed, such as the move to 3 points for a win instead of 2 ahead of the 1995-1996 campaign, things have remained mostly the same for the Bundesliga. 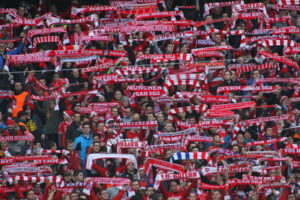 There’s something innately Germanic about the trophy that is awarded to the club that wins the Bundesliga every year. The Meisterschale, whilst translates roughly as ‘the Champion’s bowl’, was first awarded to the winning club in German’s top-flight in 1949. It has been presented to the Bundesliga champion since the inaugural season in 1963-1964.

The Meisterschale has all German champions since 1903 engraved on it and has been enlarged on two occasions to date: once in 1981 and then again in 2009. When the latter enlargement took place it was designed to give the trophy enough room to house the names of the Champions until 2026. Slightly smaller replicas were allowed to be created by the Bundesliga during the 1980s.

The trophy itself looks like a large shield, boasting five gems inlaid into it on the central piece and on the new piece that was added to the surrounds in 2009. It is nothing like any of the trophies that English football crowds are used to seeing teams lift when they win competitions in the United Kingdom or even in Europe’s elite competitions.

The table above shows teams that have won the Bundesliga twice or more since 1963. 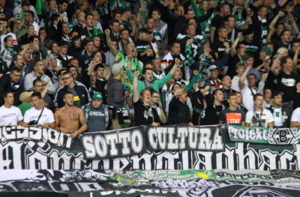 Having been around since the 1960s, the Bundesliga offers plenty of interested facts and snippets of trivia for us to get our teeth into. Here are some of the highlights: