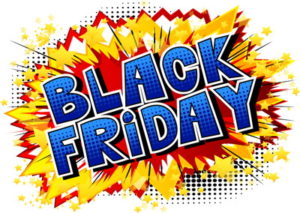 Black Friday has permeated almost every business sector becoming the most heavily discounted day of the year.  From those stocking up on cheap Christmas gifts to people who take advantage of cheap gym subscriptions or pretty much anything else, this American phenomenon is now part of the culture in the UK and Europe, just as much as Halloween is, and like it or not it is here to stay.

Wherever there is an opportunity to market around a public event online bookmakers and casinos have always been one of the first in on the act.  On Black Friday itself, and in the run up during the preceding week or so, punters and players can get access to some of the most amazing betting site and casino offers.  This makes the global sale day one of the absolute best time to take advantage to to new and existing customer offers to add value to their deposits or bets.

On this page we have collated the best sign up and all customer offers from the UK’s leading betting sites along with details of how to claim them.

Why Are Black Friday Betting Deals So Good? 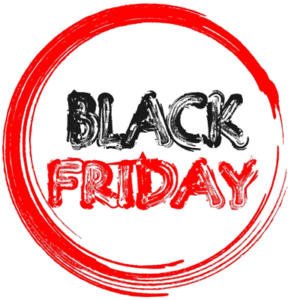 You would probably think that there is not much time to go place a bet on Black Friday with so many shopping promotions around, and while that is true the bookies also know people are in a spending mood and are more open to offers.  Therefore opening a new account or placing a bet as an existing customer on and around Black Friday can bring you more value than at other times of the year.

The fact is that bookies struggle in the run up to Christmas.  The novelty of the new football season has passed, the Champions League is about to break for the winter and there isn’t much in the way of high level racing, tennis, golf, etc., until well into next year.  Black Friday therefore provides betting companies one last major chance to attract punters before the new year and the competition between them is rife. 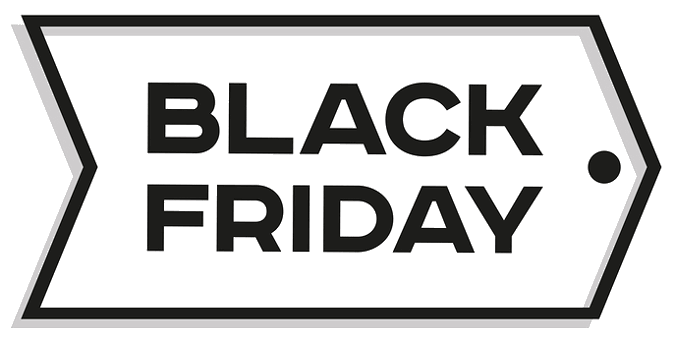 There is nothing that sums up the world of consumerism quite like the recent explosion of the Black Friday phenomenon. It’s perhaps also an indication of the Americanisation of British culture, given that it’s the one of the most recent exports from the States to hit these shores. Its popularity is easy to get your head around, given that it’s a chance for people to get otherwise expensive items for much cheaper than they would normally pay for them.

The truly interesting thing about it is that it has developed exponentially in recent times, moving from simply being a chance for people to pick up cheap deals from their favourite shops to being an opportunity for virtually every single industry to flog their wares to those looking to spend some money. The electronics industry, for example, has grown so popular that the have their own day known as Cyber Monday, which occurs on the Monday after Black Friday. But when did the entire thing start and what sort of deals might you be able to get for yourself?

The Origins Of Black Friday 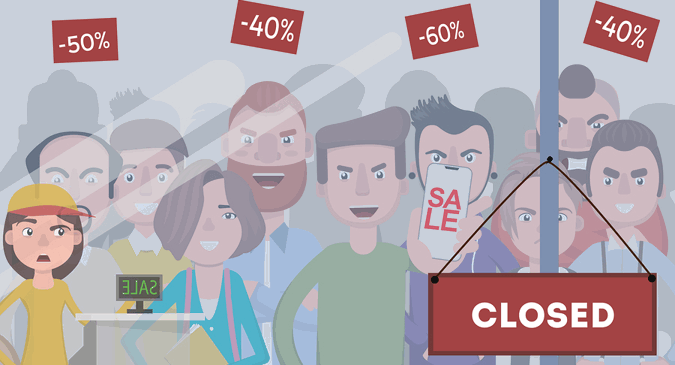 There are two different conversations to be had regarding the origins of Black Friday. On the one hand there’s the origins of the idea of shops dropping their prices in order to get punters through the door, whilst on the other there’s the first known usage of the actual phrase. The former is believed to date back to 1952, when shops would begin their Christmas sales and since that time the day after Thanksgiving in the United States has been considered to be the unofficial start of the Christmas shopping period. As Thanksgiving is always the fourth Thursday of November, the day for shopping to begin would naturally be a Friday.

When it comes to the first known usage of the term ‘Black Friday’, though, was in Philadelphia in 1961. It was actually used there to describe the manner in which traffic would be heavy and disrupted because of the increased number of pedestrians heading to the shops to get themselves some bargains ahead of Christmas. It wasn’t until the 1980s that the phrase began to become more popular and it didn’t speed over to the United Kingdom until the 2010s. The phrase is used in reference to the fact that it’s the moment that retailers profits, which will have taken a bit of a hit during the summer months, begin to move out of the ‘red’ and into the ‘black’, indicating that they’d begun to turn a profit.

The Explosion Of The Phenomenon 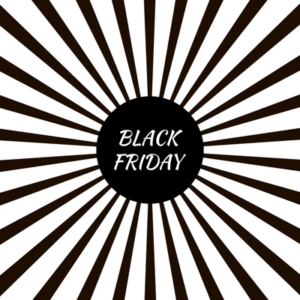 Whilst some version of Black Friday has taken place for decades, it’s unquestionably since the turn of the millennium that it’s gained mainstream attention. There are three main reasons why this is the case, with the first being the increased popularity of internet shopping. As more and more people have begun to turn their attention to buying goods via online stores, the likes of Amazon has made a bigger and bigger deal of the sales on offer.

The second reason is the coverage that the event has received in the media. There have been deaths and serious injuries reported in the United States because of disagreements over Black Friday deals, with shoppers camping out in front of stores in order to get into them as soon as they open their doors, thereby giving themselves the best chance of getting the prize items before anyone else. It’s fighting over such things that has resulted in these injuries and even deaths. There have also been issues of people using generators or propane gas for heating and this leading to injuries. More than one city has banned people blocking emergency access, fire lanes etc.

Obviously the more that such stories make the news, the more that people hear about the phenomenon and want to get involved. The third reason why it’s grown in popularity is that the biggest and most popular stores, especially in America, have embraced it more and more as time has passed. This has involved opening their doors earlier and earlier in the morning, with the time that they open creeping from six am to five am or even four am. In 2011 stores such at Target and Macy’s opened at midnight, whilst the following year some workers threatened to walk out when Walmart said they would be opening at eight pm on Thanksgiving and remaining open until the following day. 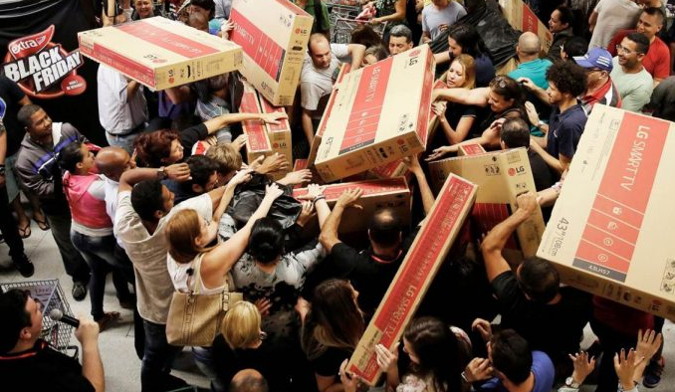 As you can imagine, a single shopping day that has lead to injuries and even deaths is an occasion that has more than a few interesting stories attached to it. One such example includes when a customer began waiting at a cash register, with a queue soon forming behind him. It wasn’t until the queue had snaked all the way around the store that someone realised that he was actually just stood in front of a computer.

Another tale from a Walmart employee involved a fight breaking out over a pedal bike that was severely reduced. In the middle of the melee, one man managed to get hold of the bike and rode it straight out of the store, with the only problem being that he hadn’t paid for it. Such stories are fairly common place, especially in America, but British shoppers can’t act too high and mighty as they haven’t covered themselves in glory since the practice became more common place in the UK.

Amazon was the first retailer to initiate their Black Friday deals in the UK, but as they’re an online store there wasn’t much to cause them any issues. However, the American company Walmart, which owns Asda in the United Kingdom, decided to follow Amazon’s lead that was when things took a more interesting turn. People would end up fighting their way through the crowds, literally, in order to get a bargain on something like a TV or a toaster. Soon other companies followed suit and police were called to a number of Tesco shops when they first got involved, including when a television fell on the head of one female customer and gave her minor injuries.

The Spread Of The Sales 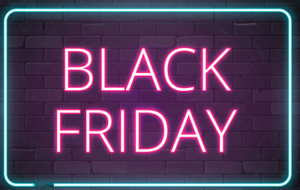 Despite the fact that the phenomenon of Black Friday received some bad publicity during its early years in the United Kingdom, it went well enough for more and more companies to want to get involved. Pretty soon it had spread from the likes of supermarkets to more exclusive brands such as Louis Vuitton and Burberry’s stores in the West End.

The main reason that an increasing number of shops and stores continue to get involved in Black Friday is that they know that customers are ready to spend money. The idea of there being a bargain to be found doesn’t mean that shops have to be willing to reduce the cost on anything and everything, just that they have to have some deals on for consumers to be engaged in the purchasing process and feel as though they’re saving money. That’s why some shops won’t necessarily call their event ‘Black Friday’ but will still have a sale of some description for people to take advantage of.

Every Industry Gets Involved 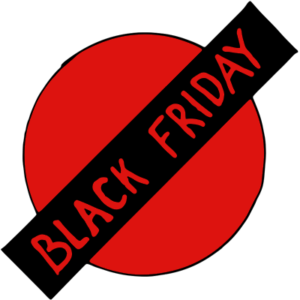 The beauty of Black Friday from the point of view of all of the punters out there is that it isn’t just limited to the likes of supermarkets and clothes shops. Practically every single industry out there will get involved in offering deals and offers to their customers around the time of Black Friday in order to take advantage of the increased interest from shoppers.

Whether you’re looking to buy a musical instrument or get yourself a new computer, anyone who knows anything about the world of shopping will tell you to wait until Black Friday before you pull the trigger on your purchase. That’s not a joke, either, with many people saying that you should wait to see what any industry is going to offer before spending money.

One such example comes in the gambling industry, with betting companies and casinos offering really decent deals around the time of Black Friday. The betting industry is one where you’ll often find excellent value for money if you’re able to get yourselves a loyalty bonus or an occasional offer of a free bet, but come the post-Thanksgiving weekend you’ll find that those offers go through the roof.

Examples include free bets that would normally be £5 shooting up to as much as £30 or even £50, whilst some companies that normally require you to make a deposit before offering you a free bet will allow you to take advantage of such a deal without the need to place a deposit of any sort. You might be able to get a cash payout on a bet that offers treble the odds as well as free bets to accompany it.

Similar deals can be found in casinos, where you’ll get free money to bet with or offers that see your bets matched. If you like to have a flutter then heading onto your favourite sites in the week before the start of December will almost certainly see you given plenty of opportunities to make even more money than usual. It’s worth bearing in mind that different companies will have different offers, so join as many as possible and keep your eyes peeled for what you’ll get from them all.