Closed Betting Sites and Bookies That Have Left The UK Market 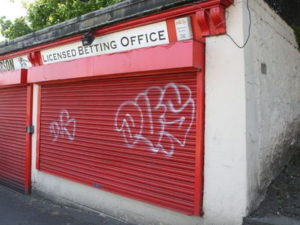 The UK has one of the most competitive gambling industries in the world and this naturally means there are those who succeed and those that fail.  On this page you can find details of the brands we have covered in the past that have since closed down or left the United Kingdom.

There are many reasons why sites close or leave but a lot of it has to do with regulation, tax and market share.  You will notice many closures/exits tend to come at specific times that usually mirror changes in the law, major mergers and acquisitions or as a result of fines and license suspensions by the UKGC.

For many of the sites on this page we have accompanying blogs that tell you what happened to these brands and why they have either ceased to exist or decided to no longer offer services to UK punters.

Sites That Have Left The UK Market 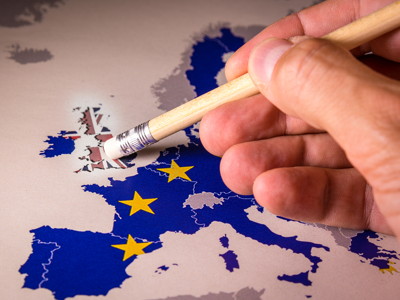 What Happened To Betsafe, Racebets, Jackpot 247 and Other Betsson Brands?

On the 21st October 2020 the BML group took the decision to pull 8 out 9 brands from the UK market with immediate effect.  This... read more >> 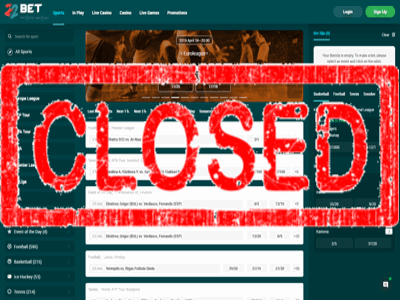 What Happened To 22Bet? Why Did They Pull Out Of The UK?

22Bet were established in 2018 and were run as a white label of Tonybet, an established Lithuanian betting company now based in Malta.  Tonybet was... read more >>

What Happened To Bethard? Why Are They Leaving The UK?

Bethard are the latest in a long line of European based sites to exit the UK market when they announced they would no longer be... read more >> 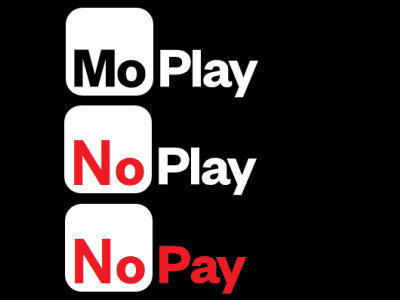 What Happened To MoPlay? How Do You Get Your Money Back?

On Wednesday 19th February 2020 the parent company behind MoPlay, Addison Global, had their UK gambling license suspended for failing to meet financial obligations, a... read more >>

What Happened To Premier Punt and BetSid? Why Have They Closed Down And Voided Bets?

What Happened To Royal Panda? 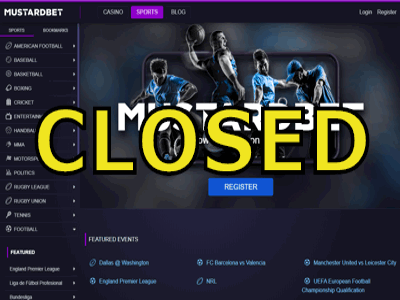 What Happened To MustardBet? Brand Closed And Have Ceased Taking Bets

MustardBet has ceased trading and will take no further bets from the 14th October 2019.  Any customers with accounts can access the site for 28... read more >> 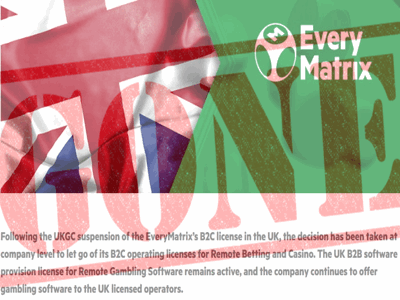 A couple of weeks ago I wrote a piece about how the software providing company EveryMatrix Software Limited had had its Gambling Licence suspended by... read more >> 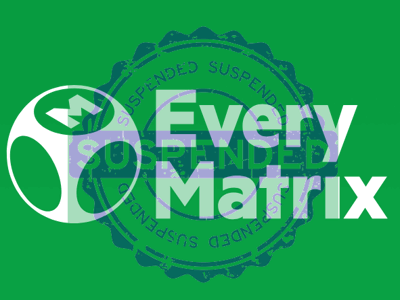 London-based gambling software provider EveryMatrix has been informed by the United Kingdom Gambling Commission that its licence to operate has been suspended as the regulator... read more >> 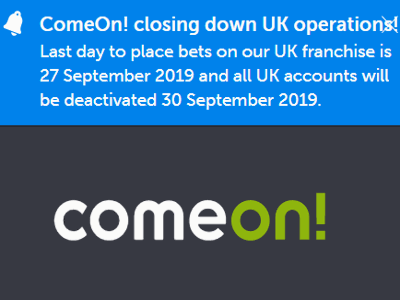 What Happened To ComeOn? Brands Announce UK Closure Due To 'Strategic Business Reasons'

The online bookmaker ComeOn! has released a statement confirming that it will be withdrawing from the UK market, citing the unfavourable nature of the British... read more >> 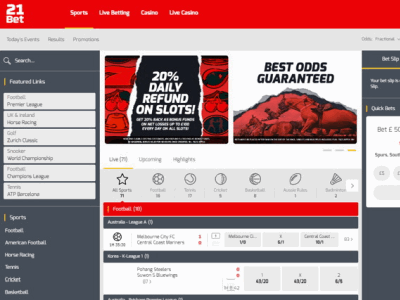 What Happened To 21Bet?

What Happened To 21Bet & Why Can't You Login To Your Account? 21Bet were originally launched in 2016 as a white label on the FSB... read more >> 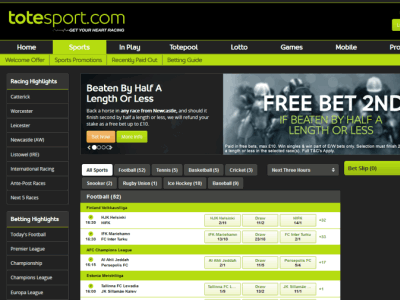 Since the Racecourse Betting Act of 1928 resulted in the formation of the Racehorse Betting Control Board, there has been the notion of a totalisator... read more >> 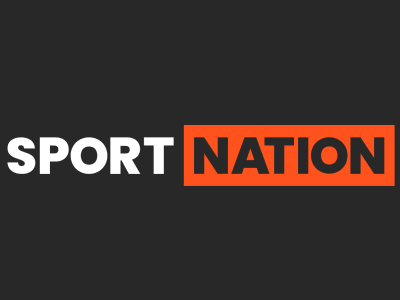 What Happened to Bet On Brazil

What Happened to Bet On Brazil Bet On Brazil have not disappeared, rather they have been rebranded and relaunched as Sport Nation as of summer... read more >>

Main Reasons For Closures and Exits

Despite the UK having a liberal attitude to gambling historically of late more and more restrictions have come into force, some of which have lead companies to see the UK market as too challenging to operate in.

In 2020 new verification rules were brought in requiring operators to verify customers before they can deposit and bet.  The UKGC also banned the use of credit cards for gambling and more recently are proposing stake limits online that may mirror those for fixed odds betting terminals in shops.

This has been further compounded for operators by more regulations that now restrict VIP schemes, require more active monitoring of customers, source of funds checks and active promotion of safe gambling.

Unfortunately these changes have played largely into the hands of big companies that have wide ranging resources.  Many smaller companies, especially those where the UK is not their main market, have seen conforming to these restrictions as too costly and so have decided to exit the UK as a result.

Prior to gambling licensing that was brought in 2005 (and enacted in 2007) online gambling was a bit of a wild west.  Tax at the time was paid only by betting companies within the UK and this lead to an exodus from the country.  Victor Chandler, the founder of BetVictor, famously left the UK in the late 1990’s setting up offshore to provide gambling services to clients without needing to pay UK tax.

As online gambling grew the treasury wanted a slice of the pie so in 2014 the rules were changed and a 15% point of consumption tax was levied on all revenue from UK customers, even if the gambling company was based offshore.

Following this there was a small exodus of companies who withdrew from the UK but this was magnified when in 2019 the online POCT tax was increased to 21%.  Frankly companies do not like the fact they have to pay 21% tax on their UK revenue and any that had a fairly small market share and were bigger in other territorials simply left.

ComeOn are a good example of a site that were well liked in the UK before deciding to leave due to what they saw as too high costs.

To accept bets from UK customers living in Britain you have to have a Gambling Commission license by law.  These licenses have many stipulations around how operators should act, how they should handle funds and how they ensure gambling services are offered safely and responsibly.

In recent years the UKGC has become a lot more active in fining and suspending the licenses of companies that do not meet their licensing requirements.  Most companies when they receive a fine or suspension work quickly to put things right and are reestablished, however, there are others that do not.

Some brands in the past have received a rap on the knuckles from the UKGC and have used this as an excuse to them pull out of the market.  An example of this was EveryMatrix, who were suspended by the Gambling Commission for failure in responsible gambling but instead of fixing these issues they just sulked away from the UK market, seeing it as too much hassle to conform to the rules.

Modern betting sites can be set up on a shoestring budget by using a full white label solution through the various platforms that offer these services.  Here the platform actually operates the site, holds the license and manages payments and the brand owner is basically responsible for marketing.

There have been so many white labels set up on low budgets with the owners expecting good returns only to find themselves in debt a year down the line.  The fact is the UK is ultra-competitive and you have to spend a lot on marketing, especially in the beginning, to get a foothold.  Under-spending is almost always the main cause when you see a site pop up and close within the space of 12 months.

Of course, just because you have to spend to gain traction in the UK gambling market doesn’t mean you should try and run before you can walk.  Occasionally you see new brands that attack the market hard and this should set off alarm bells as to whether they can actually afford to spend so much.

A great example of this was brand called MoPlay.  They were established by an investment group known as Addison Global back in 2017 and from day one they started spending big.  They sponsored Watford and Manchester United in the Premier League at a cost of tens of millions as well as a ton of other deals across UK sport.  They also offered ridiculous sign up promotions to punters, often paying in out in cash, that left them open to serious abuse.

Their account base did not grow quite as they anticipated and by the end of 2019 the company were in serious trouble.  This became evident when both Watford and Manchester United sued Addison Global for unpaid sponsorship fees, six months later the brand was declared insolvent.

Punters were lucky to get their money back and that was only thanks to Betfred buying up an account base of 45,000 customers.

As online gambling has grown mergers and acquisitions have accelerated at pace.  There are many instances where companies will buy brands simply to remove them from the competition and either shut them down or withdraw them from the market.

There are a multitude of examples of this.  One that left customers angry was when the much liked Royal Panda brand was bought by LeoVegas.  The group decided that Leo and RP were similar brands and withdrew RP from the UK to focus on LeoVegas.  This makes perfect business sense to them but for loyal customers of Royal Panda it did not.

It happens quite a lot where someone has a vision of what they think will work only to find in actuality it doesn’t.  A good example of this was Bet On Brazil, a site set up in 2016 based on former Scotland intentional footballer and Talksport presenter Alan Brazil.  You can see the idea they had but it just simply did not work out.

The company behind Bet On Brazil therefore underwent a hasty rebrand to Sport Nation in the summer of 2017, a move that turned out to be very successful.

Often when sites are bought out a rebrand can follow, party to shed the new company of any previous past issues and refresh the brand.  Generally though the name is kept similar to preserve recognition and search presence.

There are some brands that can end up being very unlucky.  One example was Bookee, an app-only betting company set up targeting the UK.  They operated using a platform provided by EveryMatrix, who also held the gambling license.  EveryMatrix, however, had their license suspended over concerns of how they dealt with problem gamblers and on the back of this, rather than solving the issues and reactivating the license they simply left the UK as a result.

This was fine for some of the brands that operated using EveryMatrix but were active in other markets but for the UK-focused Bookee brand they were simply forced to shut down, having no UK gambling license to offer services under.

It is common for white labels and brands that do not have their own licenses to suddenly disappear if the operator makes their own decision to close or leave the UK.  This can often wipe out swathes of sites in one fell swoop, although this is more common for bingo and casino where white labels are more common in bigger networks.