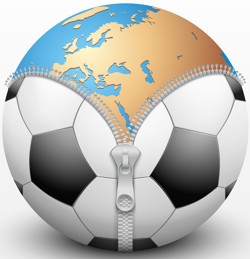 When it comes to football, the World Cup is seen as the pinnacle of the game to those that are willing to look away from club matches. Yes, winning the domestic title is important and the Champions League will always be seen as the premium competition in terms of individual football clubs that hope to prove they’re the best in Europe, but for footballers the greatest achievement that they could manager in their career is to win the World Cup. It is a competition that invites all national teams from around the world to attempt to qualify for it, meaning that the winners can rightly declare themselves to be the best team on the planet.

The 2018 World Cup is one of the most intriguing for a long while. There are the obvious off-field issues such as Russia’s treatment of homosexuals and oppression of dissenters, plus the fact that some of the stadiums might not have been properly tested by the time that the tournament gets underway. Yet there are as many questions being asked about what’s likely to take place on the pitch. Is there a standout team competing this year? Will some of the greatest players of all time be able to influence their side enough to drag them to an unlikely victory? Are there any obvious bets worth placing that might offer a bit of value? Read on to find out what we think.

First things first, a quick look at the groups and who is likely to make it out of each one. The top two teams in each group will make it through to the start of the knockout phase, with the other two heading home.

Obviously there’s nothing definitive about this, but we’ll give you our reasoning. We’ll also give you the odds (at the time of writing) for the winners to Win and the Runners-Up to Qualify. 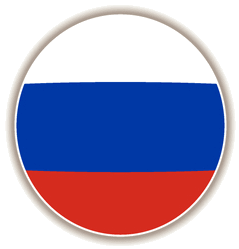 The hosts Russia will fancy their chances of making it out of Group A, despite the fact that they’ve only qualified for the World Cup three times previously and never made it beyond the Group Stage before. It’s become almost tradition for the hosts to use home advantage, however, and there’s not an awful lot to be concerned about with Saudi Arabia.

Uruguay might have some decent names like Edinson Cavani and Luis Suarez, but those with the best reputation are getting older now. Egypt, powered on by Mohamed Salah who has had a brilliant season in the Premier League with Liverpool, will fancy being able to join Russia in making it through to the knockout stage. 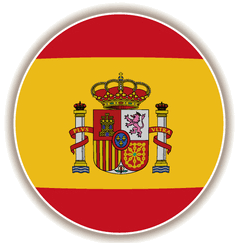 This feels very much like a group with two definite qualifiers and two also-rans. Portugal may well have stumbled to their European Championship win in 2016, but they’ll take a decent amount of confidence from it and won’t be overly concerned by either Morocco or Iran.

They will be worried about their continental neighbours Spain and well they should be. They may have disappointed in failing to qualify from the Group Stage in Brazil four years ago, but they still won three major tournaments in a row between 2008 and 2012, meaning they’ve very much got the pedigree. 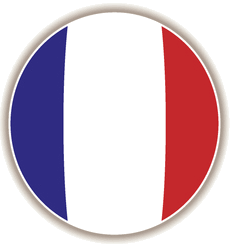 There’s an argument that France has one of the best squads in the entire tournament, if only Didier Deschamps can figure out how to get the best out of them. The spine of the team is really strong, with Paul Pogba and Kylian Mbappé on the list of the most expensive players in world football. As for who will finish second, everyone will fancy their chances.

Peru is perhaps best known as being where Paddington Bear comes from, so they might well struggle. Australia isn’t filled with star names but they did well to qualify and might look at the rest of the group and think they can do well if they get some fortune. Surely it’s Denmark that will come in as favourites for the second-place spot, though. 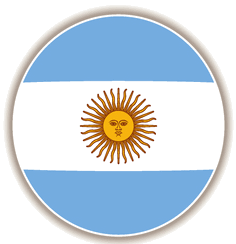 This is arguably the most fascinating group of them all, with Lionel Messi’s Argentina favourites to finish at the top of it. Yet Iceland won many a heart during their 2016 Euros campaign, knocking England out on their way to a quarter-final defeat to France.

Croatia will have something to say about that, however, having reached third place in the tournament in 1998 and the Last 16 in the 2016 European Championship. Nigeria have reached the Last 16 three times since the 1994 World Cup, but they’ll still struggle to make an impact in difficult group. 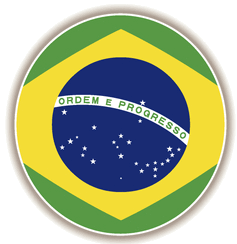 Whenever a World Cup comes around, everyone wants to know what Brazil are up to. That’s what happens when you’re a competition’s most successful side, though it’s interesting to note that they haven’t won the World Cup in Europe since 1958.

All of Switzerland, Costa Rica and Serbia will fancy their chances of joining Brazil in making through to the knockout stages, with Serbia being the team that boasts the most names that Premier League watchers will recognise. Team spirit is always more important than star names, though, so the side that gels the quickest will be the most likely to progress. 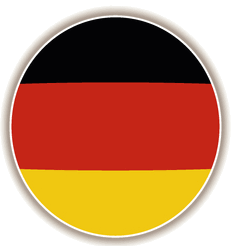 Another group that contains one of the favourites for the competition, Group F feels as though it’s got Germany as winners written all over it. They’re the defending champions, after all, and have won the tournament just one time less than the Brazilians. The balance of the group is otherwise quite decent, with Sweden, Mexico and South Korea all likely to fancy their chances.

Never under-estimate the influence of events at home on the spirit of the players, with the recent developments politically back in Korea meaning that the Warriors will be in a buoyant mood. Mexico have reached the Last 16 in each of the previous six World Cups, however, meaning they’ll be looking to maintain their record. Sweden haven’t qualified for the last two tournaments, so they’ll have their work cut out. 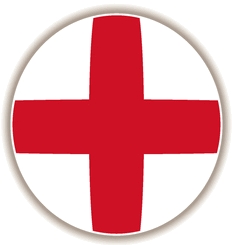 England have been quite fortunate with their group, given that Panama have never qualified for the World Cup before and Tunisia have failed to do so since 2006.

Belgium are seen as underdogs for the tournaments by some, though Roberto Martinez will have had to have improved on the defensive side of his game if they’re to have any real chance of making it further than the quarter-finals. He’s got an exceptional squad at his disposal, including some names very well-known to fans of the Premier League, but he had them in the European Championships in France in 2016 and the quarters was all they could muster there. Even so, it will take some disastrous performances for the two most obvious teams to not qualify out of this group. 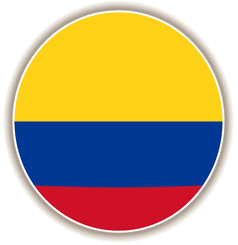 Last but not least, a group without any major standout teams but four that will feel as though they’ve got every chance of making it through to the Last 16. Poland last qualified for the World Cup in 2006 but failed to make it out of the group, whilst Senegal have only appeared in one World Cup tournament in their history but made it all the way to the Quarter-Final when they did.

Colombia reached the same stage of the tournament four years ago and will be hoping to do the same this time around, whilst Japan are dark horses that have reached the Last 16 in two of their last five World Cups. Very much a toss-of-a-coin type of group.

At almost every World Cup, there’s a team that does much better than a lot of people think it will. This summer in Russia is unlikely to be any exception, with a few contenders out there of sides that could impress far more than they’re being given credit for a few months out from the start of the tournament. Here’s my look at two teams that you might want to have a bet on, as well as the odds on them to win the tournament overall. 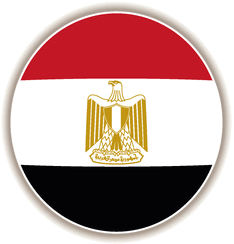 There’s no question that Mohamed Salah has had a season few could’ve predicted this year. He’s been fortunate that he’s played for a Liverpool team that has put attacking football at the forefront of its intentions, but it’s not as if the whole side has been built around him. He’s broken records all over the place, firing the Reds into the latter stages of the Champions League.

The problem is that teams can’t make it on the world stage with just one man and the rest of the squad isn’t anywhere near good enough. If they can ‘do a Portugal’ then they might take a few teams by surprise. If Salah’s exertions on Merseyside have left him tired, however, then they won’t.

As mentioned before, Colombia reached the Quarter-Finals of this tournament five years ago. That was held in Brazil, though, and South American teams tend not to travel well in Europe. That said, they reached the Last 16 at Italia ’90, so it’s not as if they haven’t got any history of doing well on the continent.

They’ve got a decent spine of a side, with the likes of David Ospina, Davinson Sánchez and José Izquierdo having made a name for themselves in the Premier League. Too many of the bigger names, such as Radamel Falcao and Carlos Bacca, are the wrong side of thirty, however, so it’s all about whether or not they’ve got one last push in them.

Just as there are often teams that outperform expectations every year, so too are there sides that promise great things but under-deliver. Here’s my look at two teams that will probably make it out of the group but won’t do much better than that. 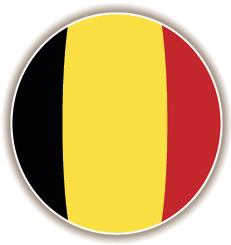 This was mentioned before, but Roberto Martinez’s men look great on paper but are underwhelming in reality. A side with Eden Hazard, Romelu Lukaku and Kevin De Bruyne in it is enough to make any attack-minded football fan lick their lips. They’ve fallen down at the Quarter-Final stage of the last two international tournaments that they’ve entered though, and de Bruyne has been looking tired as the Manchester City season has reached its climax.

The interesting thing about them is that they failed to qualify for the three European Championships that came before the 2016 tournament, also missing out on the two World Cups prior to that in 2016. You could easily see them reaching the final, but they could bow out at the Last 16 stage if things don’t go their way, too.

Lionel Messi retired from international football in 2017 after he missed a penalty for his national side in the final of the Copa America. He soon reversed his decision, but it’s indicative of the mindset he must have with the rest of his Argentina teammates. You can understand his thinking, of course, given that he’s one of the best players that has ever graced a football pitch, yet he’s never been able to help his team do it on the international stage.

Players like Nicolás Otamendi, Ángel Di María and Sergio Agüero all play their part, but too often it’s left to Messi to produce something special and when that happens teams are usually caught short. They’re the fourth-seed for the tournament, so don’t be surprised to see them in the semi-finals. Just don’t take it as a given.

Germany – 9/2 – impossible to look past one of the most talented teams on the planet with an excellent history in this tournament.

Best Team To Bet On For The Price

Portugal – 20/1 – They were fairly rubbish throughout the Euros but still managed to win it. That could given them a renewed sense of steel, with Cristiano Ronaldo desperate to prove he can go one-step further than Messi and do it on the biggest stage possible. Many forget they also won the Confederations Cup in 2017, so they’ll be in the mood.