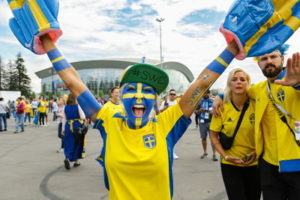 In the summer of 2019 the BBC broadcast the Women’s World Cup, with a record figure of 7.6 million tuning in to watch England beat Norway in the quarter-final match before that record was smashed by the 11 million that tuned in to watch England narrowly lose to the USA in the semi-finals.

It was such a success that there are plans to build on the momentum generated by the Women’s World Cup moving forward, not least of which will be an attempt to make the Women’s Super League a profit making enterprise.

Yet as much as thew women’s game appears to be increasing in popularity with every passing year, the ability for women to make an impression in the men’s game remains limited. When the likes of Alex Scott and Eni Aluko were employed by the BBC and ITV respectively as pundits for the men’s World Cup in 2018 they led to people taking to social media to complain and the writing of sneering columns from people who seem to think that punditry should be an exclusively male enterprise.

It highlights part of the problem of women breaking down barriers in the men’s game, so we’ll take a look at some of the ones that have done just that here. 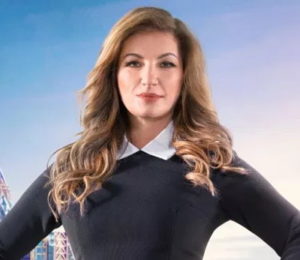 The Baroness Brady was brought up in the Edmonton area of London, growing up in the shadow of Tottenham Hotspur Football Club. Her dad, Terry, made his money in property development and printing, whilst Karen went to a boarding school in Hertfordshire before attending Aldenham School in Elstree to complete her A-Levels. She applied for a place on the journalism course at Harlow College but was rejected, eventually becoming a trainee at the advertising agency Saatchi & Saatchi instead

She soon took at job at the London Broadcasting Company as an account executive in advertising, targeting the publisher David Sullivan who owned the Daily Sport and Sunday Sport. He spent in excess of £2 million on advertising in a 6 month period, becoming so impressed with Brady that he offered her a job with his newspapers, making her a director at the age of 20. Whilst working for him she saw an advert in the Financial Times for Birmingham City Football Club, which had gone into receivership, so she persuaded Sullivan to buy it and allow her to run it.

Karren Brady was just 23-year-old when she took on the role of Managing Director of Birmingham City FC, encountering sexism in the position almost immediately. When she got on the team bus for the first time one of the players exclaimed, “I can see your tits from here”, to which she replied, “When I sell you to Crewe, you won’t be able to see them from there will you?”, selling the player not long afterwards.

In 2009 Sullivan and David Gold sold Birmingham City to Carson Yeung in a deal worth £81.5 million, which they credited Brady for helping them achieve before appointing her as Vice-Chairman of West Ham United in 2010 when they took over the club.

One of Brady’s biggest successes as West Ham Vice-Chairman was to negotiate a move from the Boleyn Ground, which many new as Upton Park, to the Olympic Stadium in Stratford. Tottenham Hotspur had also wanted to move to the ground, but West Ham outbid them, resulting in Brady overseeing the move in 2016.

A long-time champion of women in business, Karren Brady was given a CBE in the New Year Honours of 2014, none of which would have happened if not for her work in football. She is one of the true pioneers of women in the men’s game, earning the respect and admiration of her peers. 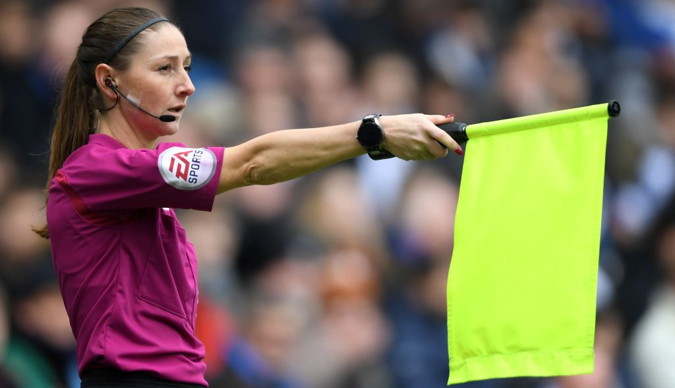 Born on the 5th of October 1985, Sian Louise Massey-Ellis is probably best known by many as being the figure of a sexism controversy when she was selected as the assistant referee for Liverpool’s game against Wolverhampton Wanderers at Molineux on the 22nd of January 2011.

Presenter Richard Keys and commentator Andy Gray were caught on mic making disgraceful comments about her, leading to their dismissal from Sky Sports alongside the suspension of reporter Andy Burton. It thrust Massey-Ellis into the spotlight and resulted in the Professional Game Match Officials Board withdrawing her from her next couple of appointments.

She had already been involved in the men’s game before the controversy, having appeared as the fourth official in 5 matches and the assistant referee in 11 matches during the 2009-2010 season, consistently disproving Keys and Gray’s assertion that ‘women don’t know the offside rule’. She turned professional in March of 2010, joining the PGMOB in order to allow herself to be chosen for Premier League matches. The first appointment at the highest level came in December that year when she was the assistant in a match between Sunderland and Blackpool at the Stadium Of Light.

As with Karren Brady, Massey-Ellis’s work in furthering the cause of women in football led to her being honoured with an MBE during the 2017 New Year Honours. She has also had to overcome a fair amount of casual sexism during her career, recounting a story about how someone once said to her, “Excuse me, love, this is the dressing room. The players’ wives’ lounge is over there” when she was getting ready to officiate on a match. As well as being an assistant referee, Massey-Ellis is also a mentor to women who are also hoping to become referees such as Yasmin Saeed and Mel Burgin.

While she is inspiring those that follow her, so she has been inspired by others. Wendy Toms, for example, worked as an assistant referee for the Football League and the Premier League during her career, once leading to the criticism from Gordon Strachan that ‘It does not matter if they are ladies, men or Alsatian dogs. If they are not good enough to run the line they should not get the job’. Amy Elizabeth Fearn, meanwhile, became the first female to referee an English Football League match when she had the honour of replacing Tony Bates with 20 minutes of Nottingham Forest’s match against Coventry City to go. 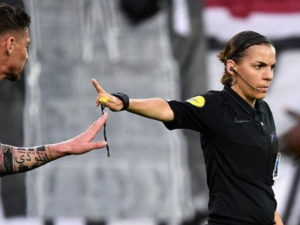 Whilst the women’s football game is constantly developing, it’s unlikely that women will play in men’s teams any time in the near future. As a result, it is only really in the boardroom and as officials where women can really make a name for themselves. Amy Fearn taking over from Tony Bates and Sian Massey-Ellis being appointed an assistant referee may well have made headlines, but neither of them earned quite the number of think-pieces as the appointment of Stéphanie Frappart as the match referee for Liverpool and Chelsea’s UEFA Super Cup appearance in August of 2019.

The Super Cup sees the winner of the Champions League go up against the winner of the Europa League, with Liverpool winning the former and Chelsea the latter at the end of the 2018-2019 season to earn their places in the match.

The match was held at the Besiktas Park in Istanbul, with UEFA deciding to appoint an all-female team to officiate. Frappart had already refereed matches in France, where she’s from, earning a reputation as a capable official thanks to her work in Ligue 1. She was joined by Manuela Nicolosi, also from France, as well as Michelle O’Neal from Ireland.

Speaking about the appointment the President of UEFA, Aleksander Ceferin, said, “I hope the skill and devotion that Stephanie has shown throughout her career to reach this level will provide inspiration to millions of girls and women around Europe and show them there should be no barriers in order to reach one’s dream”. Frappart was not the first woman to referee a UEFA competitive match, with Nicole Petignat having taken charge of three UEFA Cup qualifying round games between 2004 and 2009. Yet she was certainly the most high-profile one, not least of all because her appointment makes her the first woman to take charge of a men’s final.

Still Plenty Of Work To Be Done 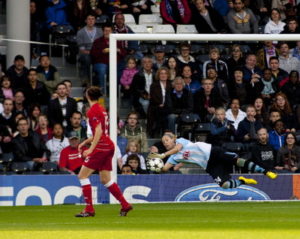 It’s fair to say that this list is far from exhaustive, yet it gives you an indication of the women that are doing what they can to break down the barriers in the men’s game. It is not down to the women alone to ensure that that happens, of course. Frappart’s appointment as the match referee for Amiens’s march against Strasbourg in April of 2019 came 23 years after Nelly Viennot had been the assistant referee in a Ligue 1 match.

Equally the Premier League might well be pleased with Sian Massey-Ellis’ position on the sidelines as an official, but the powers that be are yet to ask her to take charge of a men’s match in the same way that she has done for women’s games. The English top-flight therefore trails behind both Ligue 1 and Germany’s Bundesliga, which appointed Bibiana Steinhaus to officiate a match in 2017.

The struggle for women to make their way in the men’s game is perhaps reflected best in David Sullivan’s comment to Karren Brady that she would need to be ‘twice as good as a man’ to succeed. The determination of these women to succeed is maybe respected in Brady’s response of ‘Well that’s not difficult’. There is still plenty to be done to ensure that women can be taken more seriously, but little by little they’re breaking into the men’s game on a much more regular basis.