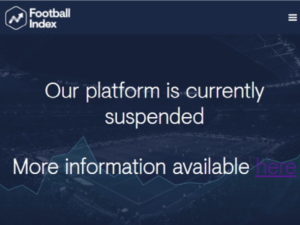 Football Index have had their UK gambling license suspended and has officially entered administration, suspending their platform.  The news follows a decision last week to dramatically slash dividend payments to try to keep the company afloat.

This cut was met with fierce opposition from customers, who faced dividend cuts of around 80%, leading the company to peruse administration and restructuring instead.  BetIndex Ltd, the company behind Football Index, was forced to suspend its twitter feed following abuse from customers in light of the dividend cut.

The announcement means that Football Index have now suspended all trading and payment transactions for customers.  This means for the time being traders are unable to withdraw from the site.  Read about what that may mean for your money below.

Logically the UKGC felt they had no option but to suspend the license for BetIndex, stating:

In the wake of the Football Index crisis another football betting trader, Footstock, has now also surrendered its gambling license.  Investors were quick to pull their money out of Footstock, which thereby undermined the markets leading the owners to suspend trading on the platform.

Is Your Money Safe?

Gambling businesses are not financial institutions, which means there is no automatic protection for money you have in the account.  Being UK licensed, however, means that companies have to protect deposits.  There are three levels;

BetIndex have medium level protection in place, this means even in the unlikely event that the company cannot exit administration that customer money should be safe and returned, eventually.  The money is held in a trust account and the UKGC have been assured by BetIndex solicitors that:

“The funds in the Trust Account will not be distributed to any creditor other than customers.”

Payments have been suspended:

“whilst customers’ entitlements can be calculated and pending an application to the Court for directions. BetIndex requires a direction from the Court as to the appropriate treatment of those funds.”

Quite how long this may take is another matter, it is likely current users may need to wait weeks or months before they can get their money back.  It all depends how fast administrators, Begbies Traynor, act and if new investment and restructuring is a possibility.

In their statement Football Index suggested the restructure may include equity being given to existing customers, user representation on the board and a totally new management team.

Who Are Football Index And How Does It Work?

For those unfamiliar with the idea Football Index run a football stock market.  The idea is very similar to a traditional stock exchange, with the aim being to buy low and sell high.

Punters can buy share in players, if the value of that players stock rises you can make a profit if it falls you will make a loss.  Prices usually vary from a few pence a share up to around £10 for the top players.

In addition to this dividends act as a secondary income source.  These are paid based on performance on an individual match day.  The more games on a given day the higher the dividend per share.  Dividends vary based on playing position and can also be increased based on the amount of media coverage around a player.

The idea is a little like fantasy football, but instead of having an overall budget for a team you buy shares in individual players, which act as independent investments.  You can choose how many players to buy shares in and how many shares per player, you don’t need 11 players in set positions as you do with fantasy footy.  Buying shares at a low price and selling them high is the name of the game.

Football Index make money by charging a 2% commission on trades.  The company launched in 2015 and have been popular as an alternative sports gambling product.  They sponsor clubs such as Nottingham Forest and QPR in the Championship.

Why Are They In Such Difficulty?

The company that claim to be “revolutionising football betting” have seen rapid and sustained growth for over five years but as with all stock markets they are liable to crash if public confidence in them disappears.  This is exactly what has happened here.

Football Index experienced a series of price crashes on their exchange earlier this year.  To mitigate against this the company changed their terms and conditions around dividend payments, due to come in in April. Customers were furious and many sold their stock immediately.  This then caused the markets to start crashing further, with some top players like Manchester United’s Bruno Fernandes dropping from £5.62 to £1.10 in the space of a few hours, an 83% drop.

Any user who didn’t get out early will have woken up to see their stock had dropped drastically.  While most users will have £100’s of stock there are reports that some users have stock worth over £100,000.  You can imagine the losses that some people now face.

It it no wonder why the company had to suspend their twitter feed given some of their customers have lost a small fortune in the debacle.

Will Football Index Come Back From This? 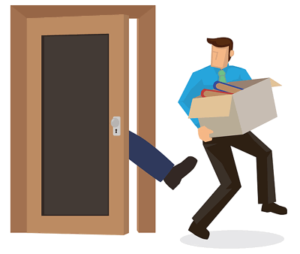 The company seem confident that they will be able to restructure and come back from this:

“We are pursuing a restructuring arrangement to be agreed with our stakeholders including, most importantly, our community.

We are preparing this through an administration with insolvency practitioners Begbies Traynor, to seek the best outcome for customers with the goal of continuing the platform in a restructured form.”

It will be interesting to get the administrators perspective next week.

The ultimate difficulty is the model on which Football Index run on is based on confidence in the platform and the markets.  That confidence has taken a huge hit and it is likely that many customers will not forgive the company for ending up in administration the way they have.

The main benefit for the brand has is they offer quite a unique product and that may in itself be their saving grace.  Investors may see this as an opportunity to buy into a growing market at a cheap rate taking advantage of the current difficulties.

As mentioned Football Index are considering giving equity to players as part of restructuring in the hope this may alienate some of the anger and aid a recovery.  Whatever happens users will want to be assured this will not happen again and like all things in life trust is earned and it will take time to reestablish confidence in the site and the markets.

We will keep you updated on the progress of the administration procedure.