What Happened To Betsafe, Racebets, Jackpot 247 and Other Betsson Brands? 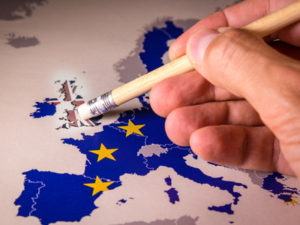 On the 21st October 2020 the BML group took the decision to pull 8 out 9 brands from the UK market with immediate effect.  This means from this date they will no longer accept new UK customers although existing users can access the sites until the 18th November to withdraw any funds.  Following this date you can withdraw by contacting Betsson directly up to 31st December, after which any remaining money will be donated to GambleAware.

The closure covers the following brands:

The only brand that remains is Rizk, this was acquired more recently than the others and becomes the sole focus of the BML group in the UK (until that is they decide to pull that too).

Why The Sudden Move?

While the announcement that these brands would be pulled from the UK came with no notice the writing has been on the wall for a long time.  Betsson historically have had a stand-offish attitude to the UK and have never seriously invested in the market.  Over the past few years they have been strategically withdrawing the company from the market, such as closing offices based here in 2018.

The BML group have a habit of buying up brands that do well in the UK, possibly in the hope of reversing their fortunes given they earn less than 3% of their revenue in Britain.  However, time and time again they have failed to properly invest in these brands, leading to stale unloved sites that have lost customers in droves.

An example of this is when they bought Netplay in 2017 for around £26 million.  This included the likes of Jackpot 24/7 that had TV channels associated with it and a big following in Britain.  At the time the CEO was quoted as saying:

With the addition of NetPlay and the continued organic growth, UK is on its way to become one of Betsson’s most important markets. Also, this acquisition is a good example of our strategy to acquire subscale operators where integration with Betsson’s systems and processes can realise synergies

No surprise then that a year later the TV channels were closed and they turned jackpot247 and supercasino into generic online casinos.  I can think of better ways of blowing £26M!

In the process they acquired a well known traditional British brand from the old football pools, Vernons, only to then run that site into the ground before closing it last year.  There is little value placed by BML on both UK players and brands.

Betsson claim they are making the move to ‘consolidate its UK business to focus on one brand‘, that brand being Rizk (bought from GIG earlier this year).  Whether that is actually the case remains to be seen, those that know Betsson well would suspect that brand is just not ready for removal yet as it is not fully integrated and will be at some point in the future.

Why Are They Leaving The UK?

Really, like most things, it boils down to money.  The fact the BML group have never taken the market seriously is reflected by the fact they make only around 3% of their revenue here.  Now new rules from the UKGC around protecting customers, such as more stringent verification rules, along with a higher tax rate that came in last year has caused the company see the market as no longer viable.  They feel investing in new protocols to protect users will mean they make even less over here and so have upped sticks and left.

Frankly it is easier for them to make money in countries where gambling is less regulated, where they also have a larger market share.  Investing in the infrastructure required by the UKGC to monitor customers for problem gambling reasons doesn’t make sense to an operator that makes so little from the UK.

It is likely a lot of companies that are based abroad with relatively low UK market share will follow in the coming months and years, especially with a new gambling act on the horizon.

Is It A Big Loss?

Betsson have been growing at a rate of knots over the past 5 years or so and have acquired many brands that were previously successful in the UK.  They did at one point take the UK seriously, especially with Betsafe who they pushed hard sponsoring Manchester City in 2015.  This proved to be short lived, however, with the BML group then progressively distancing themselves from the British market.

Despite buying UK companies, such as Netplay, and British brands like Vernons the group have largely left these sites to die away over the last few years.  This was notable by a lack of offers for new and existing customers with little updating to the sites and their features.  It is no surprise the group were losing customers in their masses and were never able to grow their market share.

Therefore, the removal of most of these brands is no big loss, there are plenty of much better sites out there with a far better attitude to UK players.  There is one exception to this though, Racebets….

Racebets Will Be Missed

Racebets were a unique entity in the Betsson group as they are a racing specialist with hoards of loyal punters that loved the focused approach to racing.  Being racing only allowed them to deliver markets in a way other bookies could not and they were especially strong with racing abroad and their live streaming features.

Originally from Germany Racebets were set up in 2005 and were initially partly publicly owned by German Racing.  In a similar model to the Tote in the UK the idea was to set up a betting site for racing that gave back to the sport at the same time.

As the brand grew it moved to Malta and began to expand, getting their UK license in 2012.  This put them on the radar for Betsson who bought the brand in 2016.  Unfortunately they didn’t buy Racebets because they loved the site, rather they bought it so they could take their independently developed racing platform and products and integrate them into their existing sportsbooks, such as Betsafe.  This has now been done and Racebets has effectively been discarded.

Racebets will be missed for sure and with no obvious replacement punters will feel let down by Betsson’s decision to take on a successful site only for the platform and then bin off loyal British users.