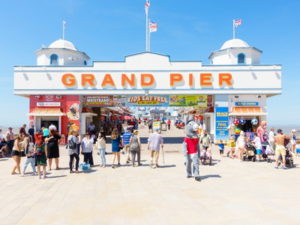 Weston-super-Mare has long been a destination for families looking for a relatively cheap getaway. The Grand Pier is filled with amusement arcades that grab the attention of teenagers who are keen to get away from their parents for a while and display their independence. Yet they’ll have to make sure that an adult is with them if they want to play on the fruit machines located within the amusement arcades after the powers that be decided to support a trial to tackle the problem of teenage gambling.

The Gambling Commission are off the belief that certain slot machines are something of a gateway for young people to get into gambling, describing them as the ‘most common route’. Depending on the result of the trial the ban could then be rolled out to arcades across the country.

The ruling is for arcade machines that offer cash payouts and the British Amusement Catering Trade Association voted unanimously to introduce the new measures in the hope that it is able to reduce the number of teenagers who develop gambling problems.

It Is ‘What Customers Want’

BACTA have acknowledged that an important part of their strategy over 20 years of successful providing entertainment to families has been listening to what customers want. They said:

Given that Weston-super-Mare’s Grand Pier offers as many as 45 of the slot machines believed to lead children towards gambling, it seemed a natural place to hold the trial.

Tim Moyle, who represents Grand Pier, said that they would support BACTA’s aims even though the research suggests that the risk of a gambling problem developing from playing seaside arcades was ‘very low’. He said:

The trial is being put in place on Category D machines, which are ones that allow stakes of up to 10 pence per play and cash prizes of up to £5 per spin. During the trial anyone under the age of 16 will have to be accompanied by someone over the age of 18 if they want to play on the machines.

How Common Is Underage Gambling On Fruit Machines? 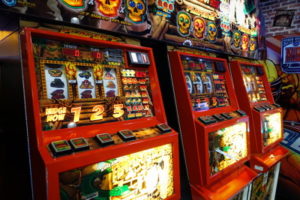 The overall issue of underage gambling has been written about elsewhere on this site, so it’s worth refreshing your memory on the matter. Yet most of the stories tend to be about online gambling, given that in real life you’d expect companies to be able to spot people who aren’t legally old enough to gamble and do something to stop them.

In reality, however, the Gambling Commission has found that only around 10% of pubs actually bother to intervene when children are gambling on their premises. It is on the staff at pubs to stop people under the age of 18 from using fruit machines, but the research suggests that most of them don’t.

The Gambling Commission worked with police and various licensing authorities in order to check whether or not pubs were doing what they were supposed to do according to the law. In other industries that have age restrictions in place, such as tobacco and alcohol, the failure rate was somewhere between the 15-30% mark, but when it came to pubs and gambling machines it was closer to 89%.

The UKGC looked at a sample of pubs for the findings, which is where the 89% figure comes from. The response from the British Beer and Pub Association was to say that they take the findings ‘very seriously’.

The UK Gambling Commission’s Programme Director, Helen Rhodes, said that the organisation is ‘extremely concerned’ about the findings and the fact that pubs seem to be failing to stop children from playing on the machines that are meant to be restricted to adults. She said:

The Chief Executive of the BBPA, Brigid Simmonds, responded by saying that they agree that pubs should be a ‘safe and friendly environment for families’.

“We have ensured that all of our members are aware of both the BBPA’s and Gambling Commission’s codes of practice and we are already taking steps to develop a social charter for responsible gambling, for use by licensees and pub companies. However given the importance of this issue we are seeking urgent meetings with the Gambling Commission and local authorities to ensure appropriate action is taken”

That was back in November 2018, with the decision to introduce the measures as Weston-super-Mare a reflection of the fact the UKGC remains determined to tackle the issue of underage gambling.

It Is A Serious Problem 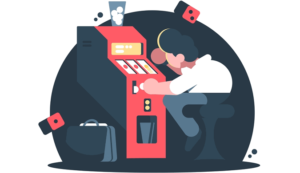 Whilst some might feel that the UKGC’s stance is a reflection of the ‘nanny state’ mentality of certain aspects of the British government, the parents of Jack Ritchie would be quick to disagree.

Ritchie began gambling back in 2010 when he was just 17, receiving treatment and anti-depressants in an attempt to help him overcome the issue. Nothing worked, however, and he committed suicide in November of 2017 at the age of 24.

He emailed his parents, Liz and Charles Ritchie, a suicide note in which he confessed to not having installed anti-gambling software on his computer as he promised he would. He wrote, “I’m past the point of controlling myself and I’m not coming back from this one”.

The desperately sad story is just one of many that seem to be happening more and more for people who began gambling when they were younger and continued doing so into adulthood. With that in mind, it’s little wonder that the UKGC and Weston-super-Mare’s Grand Pier have decided to try to do something about the issue.