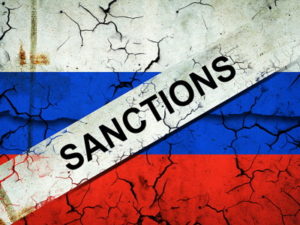 Speak to some football fans and the refrain that you’ll hear is that you should ‘keep politics out of football’. Whether it is the same with other sports is difficult to tell, given that few of them have fans that are as vocal as those that watch football. One thing we can say is that sport is inherently political, whether those that enjoy the various disciplines like to admit it or not. Even a decision to make something a-political is, in and of itself, a political decision. There have been numerous times, over the years that sport has been used as part of a political movement.

Whether it be during the apartheid regime in South Africa or the attempts to punish Russia after Vladimir Putin’s decision to invade Ukraine, sport has been used to make points and to punish those that step out of line. Should it happen? Does it make a big difference? Given the riches of Putin and his oligarch friends, the move to take away the Champions League final in 2022 will have cost Saint Petersburg about £60 million, but isn’t that just small crumbs to a country rich with oil? Those are the decisions that sport’s masters have to make. 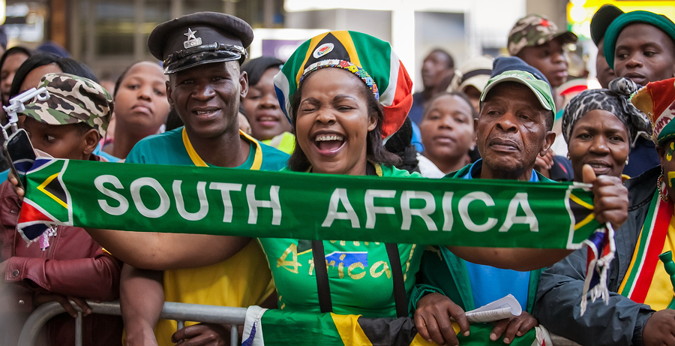 To some of those that benefit from the privilege of being white, the idea of overt racism seems entirely remarkable. Yet in South Africa, apartheid was in place as recently as 1990. The system of institutionalised racism began in 1948, thanks to the country’s authoritarian political culture that put the control of the nation in the hands of its minority white population.

The system said that white people had the highest status, with Indians and ‘coloureds’ coming next, finally followed by black Africans. Apartheid was split into two main things: petty apartheid and grand apartheid.

Petty apartheid said that the likes of public facilities and social events would be segregated, whilst grand apartheid affected things such as employment and housing. The notion of apartheid began with the Prohibition of Mixed Marriages Act in 1949, then the Immorality Amendment Act a year later. This made it illegal for most South African people to marry or even pursue sexual relationships with people from a different race. In 1950, the Population Registration Act put every South African citizen into one of four racial groups, based on their appearance. These were: White, Indian, Coloured, Black.

As you might imagine, apartheid sparked outrage around the world, leading to some of the 20th century’s most important social movements. South Africa suffered major trade and arms embargoes as a result of the country’s apartheid policy, with internal resistance to apartheid eventually becoming military in its nature. In sport, the likes of football and cricket was split into race, without any mixing allowed. Lack of funding provided to black athletes caused them to be unable to compete on a level playing field, giving a clear advantage to white sportspeople for the future.

Football was one of the chief sports that moved to oppose apartheid. FIFA put international bans in place for South Africa, including banning the country from the organisation in 1963. The South African Football Association proposed entering an all-white team into the World Cup in 1966 and an all-black one in 1970, but this idea was rejected. In 1976, the South African FA was expelled from FIFA on a permanent basis. This came six years after South Africa had been expelled from the International Olympic Committee, with the Olympics flying the flag for the argument against the racist policy.

In the wake of FIFA banning South Africa, which came after police shot unarmed school pupils that were protesting the use of Afrikaans in school, pressure on South Africa grew from all side. One of the main methods of putting pressure on the country to drop the policy of apartheid was via sports. The sporting boycotts became a focus point for anti-apartheid movements. The government responded by introducing superficial changes, such as allowing contact between races on a sporting front, within the strict confines of what the government felt was appropriate, but it did little to alleviate the pressure.

It wasn’t just football that moved to put pressure on the South African government. From tennis to Formula One, via golf and basketball, there was barely a sport that didn’t move to react to the apartheid policy. Some sports officially continued touring the country, but many of the biggest stars didn’t take part in the events that were held there. South Africa remained a member of the International Rugby Board, for example, with England, France and Ireland still touring there. The country was left out of the first two Rugby World Cups, however.

Joe Ebrahim, the former President of the non-racial South African Council on Sport, said the following about how sport helped to rid the country of apartheid,

“I don’t think one can place sport in such a high category as to say that it was instrumental in bringing about change, but I think what it did, it focused people’s attention on the fact that we couldn’t live almost a dual life in terms of which in everyday society we were denied basic rights, we were denied the opportunity to exercise our universal rights and then go and play sport as if it was a normal world.” 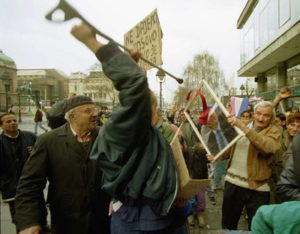 In 1992, after the breakup of the Socialist Federal Republic of Yugoslavia, the Federal Republic of Yugoslavia was formed. It was made up of the Republic of Serbia and the Republic of Montenegro, but the country was soon rocked by the Yugoslav Wars, that were a combination of ethnic conflicts, insurgencies and wars of independence. Initially, the Yugoslav People’s Army attempted to keep the country together by moving to crush any newly formed governments, increasingly coming under the command of Slobodan Milošević, who provoked Serbian nationalism as a method of replace Communism in the region.

According to a report from the United Nations in 1994, Milošević’s government wasn’t trying to restore the former Yugoslavia, but was instead attempting to create a Greater Serbia by combining it with parts of Bosnia and Croatia. The wars were described as the deadliest conflict in Europe since the Second World War, with genocide, crimes against humanity and ethnic cleansing taking place in the country. What happened in Bosnia was classified as a genocide, with many of those involved later charged with war crimes. As well as movement on a political scale, there were also sporting decisions taken to limit the damage being done.

Sports sanctions were imposed against the Federal Republic of Yugoslavia, starting in 1992 and continuing until 1995. This was part of the United Nations Security Council resolution 757, using the Gleneagles Agreement of 1977 as its basis. That committed members of the UN to discourage any competition and contact between sportsmen and sports organisations or teams from working with South Africa during the apartheid regime, so it was viewed as a solid starting point for encouraging people to steer clear of sporting events that involved the FR Yugoslavia during the period of the Yugoslav Wars.

Resolution 757 was enacted on the 30th of May 1992. The Security Council condemned the failure of the FR Yugoslavian government to implement Resolution 752, stating that, until it did so, including the Croatian Army’s need to respect Article 4 of the Resolution, all Member States were expected to do numerous things. One of the main ones as far as we’re concerned here was the prevention of people or teams from Yugoslavia from taking part in sporting events hosted in the Member State. The Resolution was adopted with 13 votes, with only Zimbabwe and China choosing to abstain rather than voting against.

Having won Qualifying Group 4 for the 1992 European Championship in June, the Yugoslavia football team was disqualified from the tournament as a result of the UN’s sanctions. In an ultimate sense of irony, the runner’s up in the Qualifying Group, Denmark, went to the Euros instead of them and ended up winning the competition. Owing to the fact that the resolution came just prior to the 1992 Summer Olympics, the International Olympics Committee and the United Nations reached a compromise, which said that the Yugoslav Olympics Committee was not invited but Yugoslav athletes could still take part.

As with the 1992 Summer Paralympics, the athletes took part in events as Independent Participants. Similar to other forms of sanctions put in place against sports people, the moves to ban the Federal Republic of Yugoslavia was done in order to win the battle of hearts and minds. It was an attempt to demoralise those in the country, largely in the hope that they would turn against the political leaders. As with South Africa, it wasn’t just one or two sports that moved against the country, but many different ones. Tennis joined football and the Olympics in imposing sporting sanctions, for example. 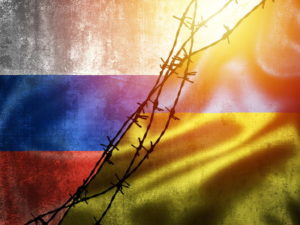 In recent times, one of the best examples of a sporting sanction imposed on a country occurred when Vladimir Putin’s Russia decided to launch an illegal invasion of Ukraine. It occurred on the 24th of February 2022, being a steep escalation of the Russo-Ukrainian was that had first begun eight years earlier. The invasion resulted in the largest refugee crisis since the Second World War, with around a quarter of the country’s population being displaced as a result. European countries, notably except Britain, moved to welcome as many Ukrainians as possible, largely because Ukrainians mostly have white skin.

Putin’s claim was that the invasion was being carried out in order to ‘demilitarise and denazify’ Ukraine. As airstrikes and missiles rained down on the country’s capital, as well as other cities, the President of Ukraine, Volodymyr Zelenskyy, mobilised all Ukrainian citizens between 18 and 60. The response around the world was one of condemnation. It was seen as an act of aggression, with the United Nations demanding the full withdrawal of Russian troops. Sanctions began to be imposed that were designed to affect the Russian economy, including companies withdrawing services and products from the country.

By the end of March 2022, sanctions imposed on Russia were believed to be in the region of $1 trillion. Sport, of course, couldn’t remain free from the move to triple Russia on a global scale. It certainly helped matters that Putin himself was a keen sportsperson and used sport to solidify his position in Russia. He played a direct role in lobbying the necessary bodies in order to ensure that Russia could host both the Winter Olympics in 2014 and the World Cup in 2018, which helped to restore the country’s global standing in the aftermath of the collapse of the Soviet Union.

By introducing sports boycotts, countries were able to take away one of Putin’s most reliable political tools, not only isolating him international but also causing Russian people to ask questions about his version of events in Ukraine. FIFA moved to ban Russia from future competitions, whilst UEFA decided to move the final of the Champions League from Saint Petersburg to Paris. This will have cost the local economy in the region of £60 million. Small potato in relation to the money that Russian oligarchs had available to them, but still enough to make it noteworthy.

Perhaps the most noteworthy sanction in a sporting sense was the one imposed on Roman Abramovich, an oligarch and close ally of Putin. Abramovich was the owner of Chelsea Football Club at the time and had his assets frozen. That meant that the defending European Champions were not allowed to be sold tickets for their future matches, nor allowed to sell tickets of their own. Only season ticket holders were allowed to attend their matches, with transfers also banned alongside other restrictions imposed on the football club until a sale was carried out officially, putting the club in someone else’s hands.