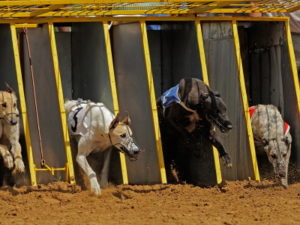 If you’ve ever bet on greyhound racing then you will know it is a lot like horse racing.  You can bet on the winner, bet each-way and place accumulators and full cover bets, such as lucky 15’s.  What a lot of people don’t know, however, is there are a range of other markets you can bet on and one of those is the trap challenge.  In simple terms it is a wager predicting the trap that produces the most winners across a meeting.

When it comes to greyhound racing a single race can come to an end pretty quickly. While it may be a lot more obvious to back one winning dog, this isn’t like horse racing betting. Those events tend to last a lot longer, so extending the thrill on greyhound racing betting can be the key to having a good time without needing to stake too much. For those that want to get more enjoyment from an entire meeting but don’t want to bet on every race then there are other options.  This is where trap challenge betting comes into play.

Trap challenge betting was essentially invented so as to cater to this extended period of betting time. As its name suggests, this is a wager that is placed on the individual traps at a racecourse, rather than on the specific dogs racing. You basically place a bet on the trap that you believe will produce the most winning runners during a meeting.

An Introduction to the Greyhound Trap

You need to go back several centuries to discover when greyhound racing was first recorded in the United Kingdom. This occurred in 1776 in Swaffham, Norfolk, but it is likely that these events were occurring even before this time.

Back then, greyhound racing was a sport that involved two greyhounds chasing after a hare that would have to be caught and killed by one of them.  This is known as coursing and it still happens today but is now frowned upon due to the cruel nature of it. It took another hundred years or so before the mechanical lure was invented for the dogs to chase, with six greyhounds partaking in a race as standard.

It didn’t see much popularity in its early years. In fact, it wasn’t until the 1920s that the sport actually began to gain a strong foothold, inciting the interest of the general public. A lot of that could be due to the fact that the Belle Vue Greyhound Stadium in Greater Manchester (which was forced into closure permanently last year) chose to welcome over 1,700 people in to watch an event unfold. The traps were introduced at this time so as to keep the greyhounds separate and ensure that a race was started easily and equally for all runners.

How Does Trap Challenge Betting Work? 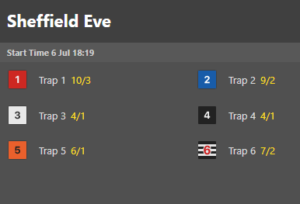 When you go to a greyhound racing meeting, you won’t only get to experience a single race. In fact, there is a whole card of races throughout the day or evening, with between 12 and 14 races taking place for people to bet on.  This is around double what you see at a typical horse racing meeting due to the shorter lengths and quicker times of the individual races.

Now, obviously, the vast majority of gamblers attending or watching will look to bet on some or all of these races, gathering as much information about each of the competitors and making a decision on which greyhound they should back.

As well as being able to bet on the winning greyhound in each race, some bettors like to participate in trap challenge betting. This allows you to bet on the trap which will produce the most winning greyhounds over the course of the whole meeting. It doesn’t matter specifically the number of wins that the trap produces, just as long as it is where most of the winners run from when compared with the other available traps.

These bet types are usually priced up prior to a meeting taking place, and with some bookies the market is also available in play with prices moving depending on the result of each race. Of course, this all depends upon each specific bookmaker providing the odds, so check into this before proceeding with placing  a trap challenge bet.

This sort of wager is a great way for bettors who have a preference for placing small stakes to engage in a limited bet at the start of a meeting and then continue to maintain interest throughout the remainder of the day. This is true even if they don’t have a wager on any of the dogs racing in a specific meeting.

Some people also place these bets as an extra bet in addition to betting on individual races, as it helps maintain interest to the end even if individual bets go down. 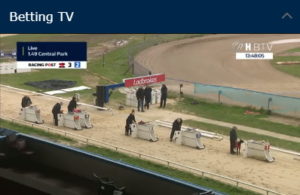 With trap challenge betting, unlike with an accumulator where you bet on all of the winning runners, your bet won’t specifically be a losing one if a single race results in a dog winning from another trap, all you need is your trap to produce the most winners over the course of the whole meeting.

Each of the specific greyhounds kept in the traps are not important as such, it really doesn’t matter to your trap challenge bet whether the winner is the odds-on favourite or the complete underdog. Let’s utilise an example of a 14-race meeting to study this a little bit closer.

In this example, you can see that trap 4 has been the one that has housed the most winners, with three official winners and a dead heat winner. In comparison, traps 1, 2 and 6 only had two winners each, while trap 5 had three winners. Trap 3 had a single winner and another from the dead heat result. Because dead heats do apply to this type of wager and count as half a win, it means that the final result of this particular trap challenge bet was:

Should your trap betting wager have been on trap 4, then you would have been the victor of that bet, considering the dead heat rules also being in play. Let’s say for example that you had placed a £10 bet on trap 4 with odds of 6/1, then you’d be the recipient of a £70 payout (£10 x 6/1 + original bet).

Of course, in any other instance (such as if you had placed a wager on trap 5 holding the most winning racers), you would have lost your £10 bet. But, you can see how much longer the odds of this type of bet can be compared to backing individual winners.

When it comes to greyhound racing, it is important to know that trap bias is something that exists. Overall, the numbers generally suggest that all of the traps win at roughly the same rate across the sport. However, this does not mean that each individual track doesn’t include trap biases, regardless of the length of the races themselves. It may seem like trap biases don’t have enough time to have an effect on the races at a greyhound racing meeting, but this is not necessarily the case.

Let’s take a look at an example of actual results from a greyhound racing meeting, taking place at a venue that offered 14 races in total. The odds of the winners in the trap that went on to win the trap challenge are also displayed:

There is little denying that trap 1 was the most successful one at this particular race meeting, accounting for 57% of the winning racers. Furthermore, the odds of the winning dogs are not associated with runaway favourites, either. This demonstrates that the track itself may have a bias, rather than simply allowing the best dogs to compete equally and produce a relevant winner. Choosing trap 1 for the trap challenge bet would have seen you through as the winner overall.

Now, this example is a very specific one, but it is something that you need to consider when opting to engage in trap challenge betting. Whether or not a trap houses a lot of winners due to bias or simply because of good luck is something you need to think about.

Some bookies will even provide you with the percentage of wins gained by a specific trap. Generally speaking, they think these details are not too relevant, as any bias will be evened out over time anyway. Prior to placing a trap challenge bet is worth doing as much research into the track as possible to see if there is any noticeable trap bias. 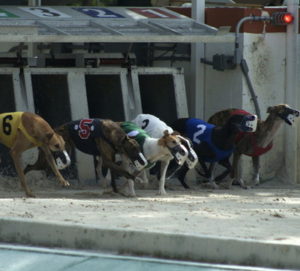 Naturally, we always recommend that you try to watch out for trap bias in a meeting. However, there are some other hints and tips that we can inform you of prior to placing such a wager.

Greyhound races take place much more regularly than horse races, so this means that a single track will often feature a number of meetings within a short space of time. The weather in the UK can be changeable at times, but within a number of weeks, you can pretty much gauge the forecast in general. A Warm Weather Policy was introduced in 2019 by the Greyhound Board of Great Britain (GBGB), though.

Furthermore, you may want to engage in hedging your bets when trap challenge wagering. For example, you may feel that the inside traps are most likely to produce the most winners but you are not exactly sure which, so you could bet on trap 1 and trap 2.  Alternatively, if you favour the middle go for 3 and 4 and the outside 5 and 6.

And one final thing to consider when deciding on a trap to bet on, is that weighing-in is not something that occurs at greyhound meetings until about one-and-a-half hours before a race occurs. It is very possible that one or more runners may be withdrawn from the race that they were scheduled to partake in. Therefore, it is good advice to leave your trap challenge bet until not long before the first race gets underway, as then you’ll know which dogs are running from where.