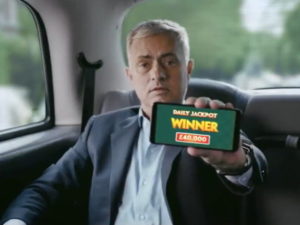 Recently, we covered the fact that the Committee of Advertising Practice was looking to ban top-flight footballers, sports personalities and reality TV stars from appearing in betting adverts. The move is designed to stop vulnerable people and those that are impressionable, like the young, from being enticed into placing bets or taking part in other forms of gambling by people that the recognise. The rules are due to come into play in October, ensuring that such adverts will be removed from rotation by the World Cup.

An obvious consequence of such a move is that the people being banned from appearing in the adverts will miss out on a revenue stream, given that gambling companies will no longer be able to pay them money for their work. In some cases, this is likely to lead them to turn to new ways of making money, not all of which will be as established as the world of betting. Whilst the gambling industry is obviously one that has had its fair share of critics over the years, it is at least regulated in a way that isn’t true of some others. 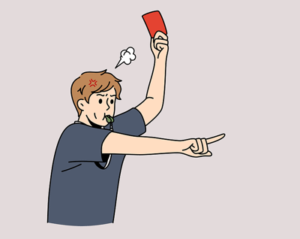 Before we get into talking about the sports stars that stand to lose out, it is worth offering a quick overview of what has happened. In essence, the Committee of Advertising Practice has chosen to ban sports personalities, including top-flight footballers, as well as reality TV stars from appearing in adverts for gambling companies. It means that the likes of Ray Winstone will be allowed to keep doing what he does because he’s an actor, but José Mourinho will have to stop working for Paddy Power on account of his position as a well-known football manager.

It was common practice for gambling companies to get around the rules that stopped them from directly appealing to young people by using sports players and reality TV personalities in their adverts. Chris Hughes, for example, became known via the television show Love Island before turning his hand to offering racing tips. He will miss out after the CAP decision to stop celebrities that are ‘likely to be of strong appeal to children or young persons, especially by reflecting or being associated with youth culture’, which Love Island most certainly does.

The Stars That Will Suffer

Now that we know roughly what has happened, we can take a closer look at the stars that are likely to miss out on the associated finances of deals with betting companies.

In most instances, they are people that you would think have made more than enough money during the course of their careers, especially when you look at former footballers and managers. Most of the time, the people that we’re talking about have also managed to forge other careers in areas such as the media, perhaps working as pundits for one of the country’s big sports channels like Sky Sports or BT Sport.

The former Liverpool, Real Madrid, Newcastle and Manchester United player is one of a number of ex-professionals that works for BT Sport as a pundit when the Champions League matches roll around. Having played for some of the biggest clubs in the country in the era of the mega-wage, as well as being a successful horse owner, it is unlikely that the Chester-born former pro is short of a bob or two. Even so, he has worked with gambling company BetVictor for a number of years, writing a regular column for them and offering betting tips.

In June, news emerged that Own had promoted an unlicensed cryptocurrency casino, breaching UK laws as he did so. On top of his tweets about Punt Casino, Owen also encouraged his followers to buy a form of Non-Fungible Token that ‘can’t lose their initial value’. The NFTs worked by having code embedded in them that meant that they couldn’t be sold for less than they were bought for, but all that meant was that if their value dropped then the original purchaser would be unable to sell them, instead needing to absorb the entire loss.

Owen was spoken to by the Advertising Standards Authority about his tweets over the NFTs, with the ASA advising him to delete them. What is not clear is why he decided to get involved in either cause in the first place. It is obviously pure speculation, but it isn’t out of the realms of the possible that Owen thought that he needed to do something in order to make up for the money that he was going to lose for no longer being allowed to be involved with BetVictor and felt as if the Curacao-based Punt Casino and the NFTs did that job for him.

Another sports personality who is used by BetVictor and is set to lose out thanks to the new rules is Harry Redknapp. The former Southampton, Portsmouth and Tottenham Hotspur manager, to name but a few of his previous clubs, was signed up as a brand ambassador by BetVictor in 2019. He signed a two-year contract, with the idea being that he would appear in TV and radio adverts for the company, to say nothing of content that he would be used for when the big horse racing events rolled around, like Cheltenham.

A popular person thanks to his victory in the I’m A Celebrity…Get Me Out Of Here television show, there’s an argument that Redknapp ticked both boxes. His work with the bookmaker will have to stop by October, however, meaning that he will no longer be allowed to appear in adverts and so on. Whether he’ll be allowed to carry on writing for the company as long as they don’t advertise it is unclear, but it seems a bit pointless to pay him to do so when you aren’t allowed to make a song and dance about it and attract the audience that you want.

Perhaps one of the biggest names to have done a gambling advert, José Mourinho has been used to good effect by the Paddy Power advertising crew over the years. The self-appointed ‘Special One’ was the star of an advert all about ‘being special’. The storyline was all about how it is hard being special, before the Portuguese manager appeared to ‘win’ on a slot, only to be told by his taxi driver that that isn’t anything special and that someone wins every day. The arrogant personality poked fun at himself for the advert that worked well.

Given that he has been Chelsea manager twice, Manchester United manager and in the hot-seat at White Hart Lane, it is extremely unlikely that Mourinho is going to feel the pinch from having to give up his appearance in the Paddy Power adverts. Even so, he might well suffer from a lack of being in the spotlight, given that that is seemingly one of the things that he is always the most interested in. Currently managing the Italian club Roma, Mourinho will slip further off the radar of most British fans if his adverts are no longer on TV.

Though there is technically no longer a link between Sky Sports and Sky Bet, in the sense that Sky Bet is owned by a different company, the Sky Sports Soccer Saturday crew often feature in adverts for the betting site. That means that the likes of Jeff Stelling, Phil Thompson and others will lose the extra payment that their appearances in such adverts will have warranted. Indeed, that might explain why Stelling reversed his decision to retire at the end of the 2021-2022 football season. Instead, Sky Sports announced that he would remain in place until at least the conclusion of the 2022-2023 campaign.

Interestingly, one of the main pundits that features on Soccer Saturday, Paul Merson, once said that it ‘sickens’ him to see former footballers advertising gambling companies. Merson is a recovering gambling addict and said that such people would be unlikely to appear in adverts for betting companies if someone in their family was in a similar situation to him. Obviously he hasn’t appeared in the Sky Bet adverts and will doubtless be glad that his colleagues will be unable to do so moving forward, once the ban has been introduced.

In the past, former Real Madrid and Manchester United star Cristiano Ronaldo has appeared in gambling adverts. Given that his move back to United reportedly saw him earn £385,000 per week, it isn’t as if he needs the money. With that in mind, the big question is why he would be associated with a betting company. The answer might well come in the fact that he has been accused of rape, choosing to get involved with a gambling product in the hope that that might replace stories about rape when people searched for the controversial star.

Ronaldo is one of the most famous footballers on the planet, so it was doubtless a boon for the company that managed to be associated with him. At the same time, the fact that he has controversial aspects means that they might not be too disappointed that they won’t be able to use him in the future. For the player himself, he doesn’t need the money but, like with José Mourinho, might be sad to learn that he’ll be missing out on the publicity in the future. It is fair to say that Ronaldo is something of a lover of the limelight after all. 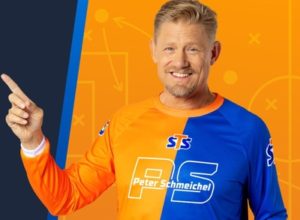 There are numerous stars that we haven’t covered, simply because the world of gambling is a wide-ranging one with numerous different stars associated with it. Neymar, for example, has appeared in an advert for PokerStars in the past. That is in spite of the fact that the Brazilian forward was involved in one of the most expensive football transfers of all-time when he moved from Barcelona to Paris Saint Germain in 2017. Neymar is another person associated with gambling who seems to have turned to NFTs as a potential replacement for the lost revenue stream.

The ban, of course, only affects companies that want to advertise in the UK or that wish to be licensed by the United Kingdom Gambling Commission for sales to British audiences. The Committee of Advertising Practices doesn’t have any jurisdiction over other countries, so it is possible that betting sites might explore which stars are influential in other areas. Given the global fame of players such as Ronaldo and Neymar, it isn’t out of the realms of the possible that they continue to work with betting companies, but not in UK-facing adverts.

What Will They Do Next? 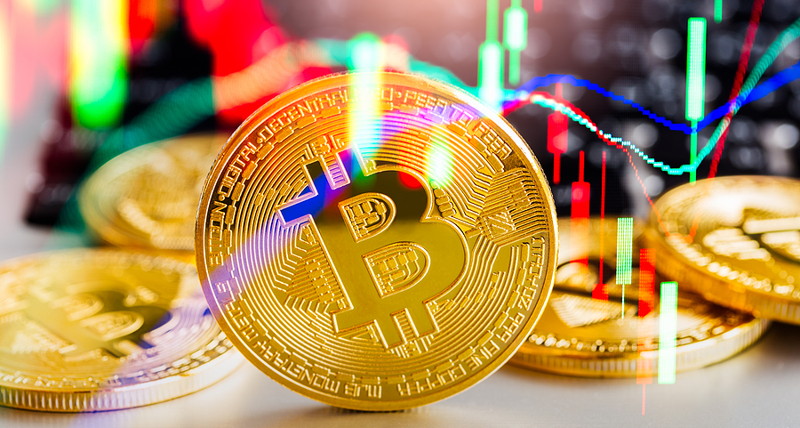 One of the big questions that is unanswered at this point is about what many of the current and former sports stars will do next. John Terry has courted controversy because of his associated with the Bored Ape Yacht Club Non-Fungible Tokens, for example. He worked to get other sports personalities to promoted the NFTs, only to see their value plunge by 90% over the course of a month or so. That was aligned with the drop in the value of crypto currency, which is another area that some sports people have looked to make extra money from.

It is fair to say that most people will ask why they need to make any extra money at all. These people are generally very rich already and can make money working in sports media if they want to. Most of the players are also able to get jobs in sports as coaches or managers, though not all of them have the skillset that the likes of Steven Gerrard has been able to display during his managerial career to date. Certainly media is something of a cushy job, with very little ability in the role necessary to work with companies like the BBC and Sky Sports, so don’t be surprised if many of them pop up on such networks.