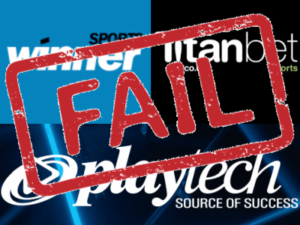 The United Kingdom Gambling Commission has released the findings from its investigation into the PT Entertainment Services group, which is the operator of winner.co.uk and Titanbet. It is a business-to-customer subsidiary of Playtech and voluntarily surrendered its licences during the UKGC’s period of investigation into their dealings.

The investigation got underway in March of 2019, taking over a year to be completed. It was started after the family of a problem gambler got in touch with the industry body in the wake of the person sadly taking their own life. The publication of the findings reveals that the Gambling Commission found ‘serious systematic failings’ in the way that PTES dealt with its responsibilities.

What Were The Player Protection Failings? 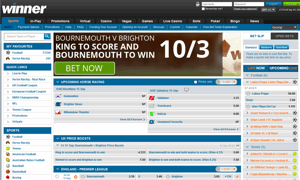 The family of the problem gambler who committed suicide in April of 2017 got in touch with the Gambling Commission in order to draw their attention to the manner in which the 25-year-old was dealt with by a subsidiary of PT Entertainment Services. The domains that belong to PTES continued to contact the victim and failed to note their problematic behaviour.

This formed the centre of the UKGC’s investigation, but the organisation also found that the company had failed in its anti-money laundering procedures. These were both serious breaches of some of the Gambling Commission’s chief concerns for licensees, with the UKGC saying that they would have imposed a £3.5 million fine if the company hadn’t given up its licences.

During the investigation, the Commission found that the victim had been offered VIP status. This was in spite of the fact that no due diligence had been carried out on his financial background. That particular failure was one that occurred numerous times across the company’s database of higher spending customers, which was a breach of money laundering procedures. 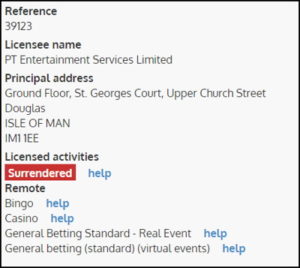 Not long after the United Kingdom Gambling Commission announced that it was launching an investigation into PT Entertainment Services, the group voluntarily surrendered its licences. This meant that they terminated their activity in the UK, stopping taking money from British customers as a result. The Gambling Commission chose to continue its investigation, however.

The reason for carrying on the investigation was that the organisation felt that it was ‘in the public interest’ to uncover whatever findings it could. The governing body for the gambling industry also confirmed that several individuals continued to be investigated over their roles in PTES’s ‘systemic failings’ over how the company ran its business online. 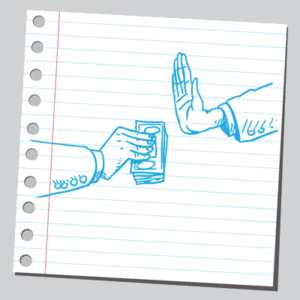 Ahead of the company voluntarily giving up its licences it had approached the Gambling Commission and offered financial settlements regarding its failures. The UKGC dismisses these as being ‘seriously deficient’, but PT Entertainment Services went on to donate £619,395 to charity regardless. This was the amount that they had suggested to the Commission.

The charity it donated the money to was one that stuck to the National Strategy to Reduce Gambling Harms. The Gambling Commission, however, felt that £3.5 million was a far more suitable fee. This is the amount that they would have asked for for PTES’s failings, had the company not already terminated its licence when the investigation was complete.

The parent company of PTES, Playtech, has pledged to donate around £5 million to charities that help those with mental health issues and those suffering from gambling-related harm. They will do this over the next five years, however, rather than as an immediate action, and it will be part of the company’s wider approach to promoting better health online.

What The UKGC Said On The Matter

Whilst Neil McArthur, the Chief Executive of the Gambling Commission, was quick to point out that the on-going investigation into certain people meant that he couldn’t comment too specifically on the case, he did still have some words to say on the matter. He referred to the ‘tragic case’ of the 25-year-old who took his own life, thanking his family for their ‘bravery’.

“we are grateful for the way they have worked with us in such terrible circumstances so that we could understand what happened.”

He also pointed out that the case, ‘like so many others’, illustrated the need to change how ‘high-valued customers’ are managed. He said it was important for operators to do ‘everything in their power’ to be responsible in how they interact with customers.

McArthur confirmed that the Commission would be doing what many critics of the gambling industry have been calling for for some time: looking to change how VIP customers are dealt with. He said:

“We will shortly be opening a consultation to make permanent changes to the way operators recruit and incentivise high-value customers.”

Of course, that may not come soon enough for some. 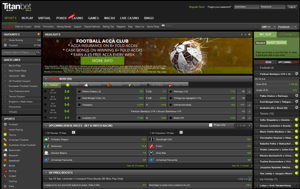 What will cause the Gambling Commission some alarm was the manner in which one of its licensees so completely failed in the responsible gambling responsibilities. In the report the UKGC draws specific attention to the fact that the PTES companies were aware that the customer in question had had several debit card transactions declined, yet failed to carry out any checks.

It referred to the ‘serious and unacceptable’ failings that followed, including the move to provide him with VIP status even though they hadn’t checked that he could afford to gambling with the amounts he was playing with. Such general failings also included other high spending customers, which is why the Gambling Commission would have levied a heavy fine if it could have.

The customer had deposited £148,095 into his account, withdrawing £114,027. That left a net loss of £34,068. When the relatives of the customer contacted the UKGC to inform them of his death the organisation contacted PTES, which said it didn’t have to tell the Commission about it. They knew on the 12th of April, however, when they suspended his account having been informed of his death.

Also of concern to the Gambling Commission will be the fact that internal emails revealed PTES knew he’s lost £22,000 and that they didn’t know his occupation, yet they didn’t follow this up. The customer had also said that he’d wagered ‘much more’ with other sites in an email to a VIP manager. Instead, it emailed him inviting him to take part in a promotion to win £3.5 million.