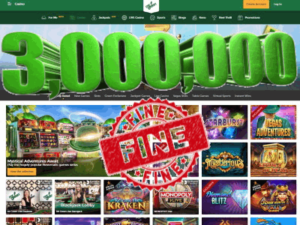 The gambling website Mr Green has been given a £3 million penalty by the United Kingdom Gambling Commission after it was found to have failed to protect gambling addicts. The company, which is owned by William Hill, was criticised for not having procedures in place in order to check that the money being used by customers was coming from legitimate sources.

An investigation was launched by the UKGC and the results have revealed that the gambling firm was guilty of ‘systematic failings’. One such example came in the form of a customer who won £50,000 but then gambled it all away as well as depositing thousands more without his account being frozen. They become the ninth company to face such charges.

Why Have Mr Green Been Fined? 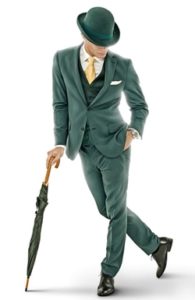 The Gambling Commission launched what it referred to as a ‘targeted investigation into online casinos’, finding the online operator Mr Green guilty of ‘systematic failings’. It was felt by the UKGC that Mr Green failed to live up to to its operational standards in three key areas:

As a result of this investigation and the failings found by Mr Green, the United Kingdom Gambling Commission decided to fine Mr Green £3 million. The failure to have effective procedures in place to prevent harm of customers and potential money laundering mean that the money will be given to the National Strategy To Reduce Gambling Harms.

As well as the fine, Mr Green has also agreed to complete an assessment of its next 130 top customers with regards to compliance, with all of its top 250 customers according to lifetime Gross Gambling Yield then also being assessed. On top of that the company will work with industry regulators to improve standards, especially with regards to safer gambling.

Part Of A Wider Operation

The fine issued to Mr Green was the ninth issued to a gambling operator as part of the United Kingdom Gambling Commission’s regulator probe. The enforcement activity has already resulted in six operators surrounding their licence, meaning that they’re no longer able to conduct transactions with consumers in the UK.

There were also examinations into the actions of 22 different Personal Management Licence holders, with six of them also surrendering their licences. Six others were given a formal warning, one was given advice about their conduct and a further seven are still under investigation. Only two of them had no further action taken against them.

Four different gambling businesses had already paid £4.5 million to the UKGC as part of the investigation. They were:

The payment paid by Mr Green is the largest of them all. The packages all relate to a failure to put effective safeguards in place over issues such as money laundering and customers being kept safe from gambling harm. Fines had already been issued to Daub Alderney (£7.1 million), Casumo (£5.85 million) and Videoslots (£1 million) for similar reasons.

What The UKGC Has Said

He also said that British consumers deserve to feel safe when gambling online. He said:

Consumers in Britain have the right to know that there are checks and balances in place which will help keep them safe and ensure gambling is crime-free – and we will continue to crack down on operators who fail in this area”.

Other operators are advised to avoid Mr Green’s mistakes.

The £3 million payment to the National Strategy To Reduce Gambling Harms has been requested by the Gambling Commission instead of a financial payment as well as the UKGC’s costs of £10,349.77. The criticisms were accepted by Mr Green, admitting that acceptable policies were not in place to protect possible problem gamblers between November 2104 and November 2018.

Where William Hill Fits Into This

The cash offer from William Hill implied a ‘total consideration of approximately £242.1 million’ in terms of Mr Green & Co’s worth. In actual fact William Hill didn’t purchase Mr Green until 2019, with the criticism levelled at the online operator by the UKGC ranging from November 2014 to November 2018. William Hill will doubtless be hoping that they’re seen as part of the solution.

Any protests by William Hill about guilt by association are likely to be met by raised eyebrows from many within the industry, however. In February of 2018 the company was itself issued a penalty package of £6.2 million because of failures to ‘protect customers and prevent money laundering’, which sounds very similar to this case.