MPs Benefitting from £225,000 in Wages and Freebies from Gambling Sector 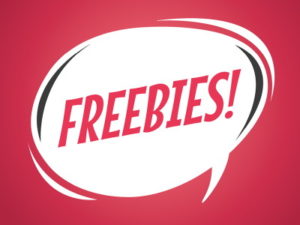 What would you have said to a free seat at Wembley to watch the England football team take on Denmark during the Euro 2020 semi-final? Well, that’s precisely what the Conservative MP for Blackpool South, Scott Benton, was provided with for the July 7 game. And it came all courtesy of the Ladbrokes Coral owner, Entain. Worth £3,457, it would be significant to wonder what exactly Benton had done to deserve such a reward.

Yet, an audit by The Guardian since August 2020 showed that Benton wasn’t the only MP to benefit from such generosity within the gambling industry. Altogether, 19 Conservative and nine Labour MPs were handed special rewards from businesses operating within the sector. In fact, almost £225,000 has been provided in both wages and freebies to these MPs since August of last year.

Just under four hours prior to Benton taking in the football spectacular against Denmark, the MP had proceeded with warning other members of parliament that the current review of gambling legislation in the United Kingdom should not be driven by what he described as anti-gambling “ideology”. The review of the Gambling Act 2005 is expected to introduce tougher laws to the country for gambling operators to adhere to in the near future.

In that same debate, he expressed his support for casinos to be provided with the means to introduce additional slot machines to their floors. Benton also spoke of many people being concerned over the Commission’s intent for online and offline bettors to go through affordability checks. That measure is expected to be introduced as a way of preventing massive losses.

But that wasn’t his first reward from the gambling sector. Only days before, he had been the recipient of a day out at Ascot, thanks to the Betting and Gaming Council (BGC) of Great Britain. Combining this benefit with the exclusive football seat, Benton accepted hospitality from the gambling industry worth about £7,495.

And as The Guardian discovered, Benton was just one of several MPs getting to enjoy sporting events and such courtesy of gambling businesses.

John Spellar and Others Enjoy a Summer of Sport 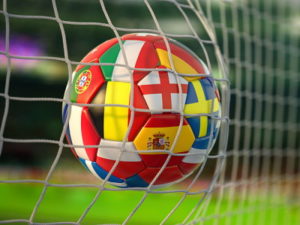 Benton may have been one of the speakers at the debate in July, but so was Labour’s John Spellar. The MP for Warley spoke of the urgent need for the improvisation of “Britain’s attractiveness”, referring to it as a casino destination. Spellar had not long since been a guest of Flutter Entertainment, which owns Paddy Power. Accepting an offer from the company, he ended up watching England’s match against Germany during the Euro 2020 tournament. A follow-up event would have seen him attend the Lord’s cricket ground to spectate in August, courtesy of the BGC. His benefits totalled £874.80 altogether.

Six days after the debate featuring Benton and Spellar, Conservative MP Mark Jenkinson spoke of his own concerns on the Gambling Act review, which he described as “grave”. In a July 13 article posted on the Conservative Home website, which was also sponsored by the BGC, he seemed to stand firmly against the government introducing betting limits. That came six days after he had also watched the England versus Denmark Euro 2020 game that Benton attended. His reward also came courtesy of Entain, and Jenkinson was also the recipient of a ticket to Ascot, equating to a combined £4,857.

Even though it is fairly certain that none of the MPs broke the rules that are in place in parliament, it has alerted some to the gambling industry’s attempts to seemingly sway politicians to its cause.

Why Is The Industry Trying To Curry Favour with MPs? 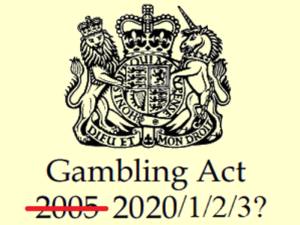 There can only be one reason why the gambling sector has turned to politicians for help. It is expected that a white paper will be published early in 2022, detailing what the government intends to do in order to reform the country’s gambling industry. Through this, the profitability of gambling businesses could decline dramatically, depending upon what will be changed.

The biggest benefactor of the gambling industry’s charm-offensive was most definitely Conservative MP for Shipley, Philip Davies. Last year, The Guardian revealed that he had been the recipient of almost £50,000 in funds. The reason for this? So that he could advise Entain on safer gambling practices and customer service processes. Davies has commented in previous years that his work done outside of parliament is his own business.

On top of the work done for Entain though, Davies also accepted hospitality from competitors in the industry, Flutter and Gamesys, as well as the BGC. That added an extra £8,695 on to his total received from the gambling sector.

As well as the perks given to Davies, Entain spent about £41,000 on 13 different MPs over the summer of 2021. Half that sum – £20,405 – was spent on the politicians by the BGC, which included it escorting legislators to events including Euro 2020, Ascot horse racing events, cricket at Lord’s and even the Ivor Novello awards.

Three of the 13 MPs who enjoyed the perks from the trade body also spoke out in support of the gambling industry within days of these events taking place. Benton and Spellar did this in the House of Commons, and during that same debate, the MP for Tewksbury, Laurence Robertson warned that tighter regulation on the gambling industry would put it in “great danger”. He went on to point out that he had accepted a £24,000-a-year role with the BGC, providing advice on sport and safer betting processes for that payout. At the same time though, he accepted $9,307 worth of hospitality and tickets for races taking place at Ascot, York and Sandown. That was joined with tickets to England’s match against Denmark in Euro 2020 and cricket events at Lord’s. All of that came from the BGC, SkyBet, Coral and Entain.

Altogether, 28 Members of Parliament have either been paid by the gambling industry or have been the recipients of hospitality from it since August 2020. The total value of everything combined together equates to £224,281.

Those who benefitted from the rewards include Tory MPs Aaron Bell (who previously worked for Bet365), and Caroline Dinenage (who is currently a part of the Department for Digital, Culture, Media and Sport – currently responsible for overseeing the gambling review). All hospitality was declared to the register of members’ interests, which falls in line with rules set out by parliament.

While those MPs and figures aiming for gambling reform stated that it was highly blatant what had been happening, while those providing the gambling industry rewards defended their actions. Aaron Bell is the only MP to respond to requests for comments, stating that he has declared all his hospitality promptly and clearly.