MP Infuriated As Bosses Of William Hill, GVC and Flutter Pull Out Of Meetings 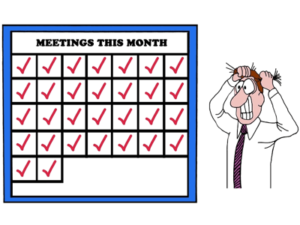 The Chief Executive Officers of three of the major betting firms in the country have pulled out of meetings that they were supposed to have with Members of Parliament in order to discuss the dangers of online betting.

The CEOs of William Hill, GVC and Flutter Entertainment, which is the company that has rebranded from Paddy Power Betfair, had all been confirmed to attend meetings in Westminster but then all pulled out in quick succession of each other.

The decision has, somewhat understandably, infuriated MPs and been labelled as ‘outrageous’. The meeting was intended to see them discuss the work that they have done in order to reduce the issue of problem gambling and the issues surrounding the dangers of betting online.

It is a hot topic at the moment, with the Gambling Commission expected to give its approval to GamStop being launched in full in the coming days. That would see companies having their licenses revoked if they didn’t agree to comply with GamStop, which is the bare minimum of regulation that the Labour Party is asking to be introduced.

What The Meetings Were For

The all-party parliamentary group on gambling harm arranged the session in order to speak to CEOs from numerous different gambling groups in order to discuss what work has been done to limit the influence of online gambling, specifically for those that already have a problem with gambling.

Despite the fact that the industry heads recently decided to pledge an increase on the voluntary levy that they pay from 0.1% to 1% over the next five years, it’s felt by many that more can still be done.

The increase would see an additional £100 million paid towards gambling charities every year, but that will barely scratch the surface given that the Gambling Commission recently said that they alone needed an annual contribution of £70 million.

Many believed that the industry leading companies volunteered to do it simply to avoid having regulation trust on the gambling industry that would have asked for more. It was those sorts of things that MPs planned to speak to the various company CEOs about. 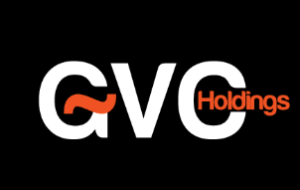 Kenny Alexander, the Chief Operating Officer of GVC, which is the company that owns the likes of Ladbrokes, Foxy Bingo and partypoker, agreed to attend but then was the first of the CEOs to pull out.

He did so just a couple of days after he’d been copied into an email that a compulsive gambler sent to Carolyn Harris MP, who is the chair of the APPG. In it the sender urged the committee to quiz Alexander about his allegation that Ladbrokes Coral allowed him to spend tens of thousands of pounds even after he’d displayed signs of addiction. 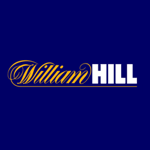 Whilst there’s not necessarily a suggestion that the email was the reason that Alexander pulled out of the meeting and a Ladbrokes Coral spokesperson said that he would instead attend a different hearing with the House of Lords, the timing is unfortunate.

Less than day after Alexander confirmed that he wouldn’t attend, the Chief Executive of William Hill, Philip Bowcock, blamed shareholder meetings and ‘commitments around licensing’ for his own decision to withdraw. Instead Phil Walker, the Managing Director of William Hill’s online betting in the UK and Ireland, was poised to take his place.

A week after both Alexander and Bowcock had sent their apologies Peter Jackson, the Chief Executive of Flutter Entertainment, confirmed that he would be unable to attend. He put the blame on ‘unforeseen travel’ and it was said that the company’s Chief Executive of European Operations, Dan Taylor, would go in his stead.

The CEO of Betfred, Fred Done, was never invited to attend the meeting, whist the Chief Executives of both Bet365 and SkyBet are still expected to go.

What The Response Has Been From Ministers

As you might imagine, Members of Parliament have been unimpressed with the decisions made by the various CEOs. Iain Duncan Smith, who is the former leader of the Conservative Party, said:

He also made the point that it comes at a time when gambling companies are being accused of having ‘hounded problem gamblers’ in order to encourage them to continue betting.

Harris, meanwhile, declared that it was ‘outrageous’ of the CEOs to pull out of the meeting. She said that they are ‘men who run companies that feed addiction’ and that the profits that they make ‘from the vulnerable’ allows them to take home huge pay packets.

She essentially called them chickens, saying that they were ‘too afraid’ to answer questions from MPs. She went on:

“They seem to think they have better things to do than to explain their actions publicly. They are running scared and their actions are cowardly in the extreme”

What Will Happen Next

The meeting of the all-party parliamentary group will still go ahead, with the MPs that are in the group, led by Harris, questioning the CEOs that do turn up as well as the people sent in the place of the leaders of William Hill, Flutter Entertainment and GVC Holdings.

The answers to the questions given by those in attendance will likely form the basis of the recommendations that the APPG make about the future of the gambling industry and the government’s approach to it.

The only question that remains unclear at this point is whether or not the absence of the Chief Executive Officers of the three biggest gambling companies in the United Kingdom after the said they would attend the meeting results in the MPs taking a harsher stance than they otherwise would.

While it’s possible that Alexander is indeed going to speak to the House of Lords, Bowcock does have licensing commitments and Jackson has had to travel unexpectedly, it is an awfully big coincidence that MPs might not believe.