Michael Owen is a famous face in the UK, and indeed around the world, considering he had a noteworthy football career. Playing as a striker for Liverpool, Manchester United, Newcastle United, Real Madrid, Stoke City and, of course, the England national team, his on-field skills were often highlighted. In fact, he was the first English player to receive the European Footballer of the Year award in 2001. Owen retired in 2013, but he remained at the helm of the football world, regularly appearing as a commentator before, during and after matches.

Owen has never been shy of a bit of promotion and had long acted as a brand ambassador with BetVictor.  However, rule changes in 2022 that meant betting companies could no longer use celebs or ex-players led to him losing that gig and the revenues from it. He, therefore, is now backing unregualted cryptocurrency and blockchain technology instead. And he is doing so via an online gaming site entitled Punt Casino. Or at least he was until he was warned by the UK regulatory body to remove Tweets he had put out about the platform.

That casino came online in 2021 and primarily accepts deposits through cryptocurrencies, including Bitcoin, Litecoin and Tether. Unfortunately, it doesn’t accept players from the United Kingdom as it is not licensed to operate in the country, instead holding a licence from the jurisdiction of Curacao. This led to the football legend having to remove his support for the platform via Twitter. 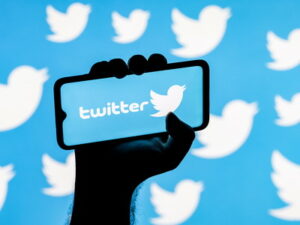 It was only recently that Owen chose to utilise his Twitter feed for a bit of promotion regarding Punt Casino. And in a recent press release regarding that site, he stated:

“Online casinos are more exciting than ever these days, but with its crypto focus, Punt Casino are doing something different – they really are changing the game.

I’m a strong believer in the power of crypto, so teaming up with an innovative platform like Punt Casino feels like a natural fit.”

Generally speaking, that sort of Tweet is something that many celebrities and sportspeople get involved in. As we all know, it’s usually all part of a mutually beneficial deal worked out between the two parties involved. In the past, Owen has outrightly promoted and supported other gambling brands, including Bet365, Ladbrokes and William Hill. Football is, after all, one of the most popular sports to bet on in the United Kingdom and many other locations around the world. And because of this, such promotion is not unheard of where footballers are concerned.

Unfortunately, laws in the UK state that only those platforms officially licensed by the United Kingdom Gambling Commission can be advertised to customers within the country. This includes casinos, sportsbooks, bingo sites, and even Bitcoin gambling platforms. The likelihood is that Owen didn’t really know that this is the law, and that he simply wanted to help promote a relatively new casino in Punt.

Yet with him being such a big name in the UK, his Tweets are followed quite heavily, and it didn’t take long for his promotion of the unlicensed Punt Casino to come to the attention of the regulatory body. The Advertising Standards Authority (ASA) was another organisation that took issue with an alternative Tweet he had made regarding NFTs, in which he stated that they cannot ever lose their initial value. Where both statements are concerned, Owen did end up breaching UK law.

It was on May 16 that he first published his Tweet advertising the Punt Casino site, but once enquiries were made regarding it, and Owen was given a formal warning on it, the Tweets were deleted. 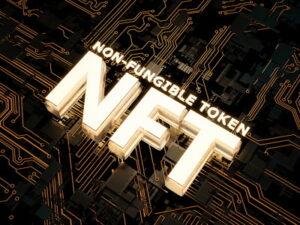 It was only one month prior to the Tweet about Punt Casino that Owen had promoted an NFT project, labelling it as the first scheme of its kind to be introduced. Through it, Owen suggested that it would be an NFT containing a code which ensures it cannot be sold for a lower price than it was originally purchased for. Therefore, the owner cannot suffer any losses, theoretically.

Yet this statement breached the rules of the ASA because he was promoting cryptocurrency products. That Tweet was also removed, as was confirmed by a spokesperson for Owen.

And despite the fact that many have labelled Owen as being quite boring in terms of his lifestyle, The Sun had something different to report on that front. A variety of scandals were brought to light by the newspaper brand in 2021, including a report that he allegedly begged a former Big Brother star for nude photographs.

Granted, the promotion of a cryptocurrency casino and an NFT product isn’t anywhere near as scandalous as what The Sun reported about his alleged personal life, and it is likely that he just wasn’t informed on the laws surrounding such actions.

It was in May of 2022 that Punt announced Michael Owen as a recent brand ambassador. This will see him appear in a variety of commercials and online ad campaigns for the site, although the likelihood is that these will not be seen in the United Kingdom due to the aforementioned laws.

The laws on celebrities and sportspeople appearing in gambling advertisements are getting ever tougher as well. In October of this year, anyone considered to be a star of such magnitude will not be able to appear in commercials to promote gambling brands. The Committee for Advertising Practice (CAP) said that while the new rules regarding this are “tough”, they are part of the organisation’s commitment to safeguarding young and vulnerable people.

The legislation coming into effect dictate that gambling and lottery advertisements should not “be likely to be of strong appeal to children or young persons, especially by reflecting or being associated with youth culture”. Any references to content found in video games or gameplay of that nature that is popular with under 18s will also be restricted.

That news was welcomed by another former footballer in Paul Merson, who had previously stated that it sickened him to see former players and managers appearing in gambling advertisements. Merson is himself a former gambling addict, and has been campaigning for stronger betting laws to be introduced to the UK market.