Is Corruption And Greed Endemic In Football Today?

The simple truth about football is that it is a sport that has such a huge amount of money involved in it that it is always likely to endure corruption and demonstrations of greed. That is true of virtually any industry in which there is a large amount of money involved, but the fact that football is a sport in which those in charge have almost complete power and very few oversights means that it is ripe for such things to take hold.

Whether it be the corruption that appears to be endemic in FIFA, the bribing of referees in Italy or the amount of money paid to agents by football clubs, corruption and greed can be seen almost everywhere you look in the football world . There’s an argument that that culminated in the 2021 Super League launch, which was quickly aborted. 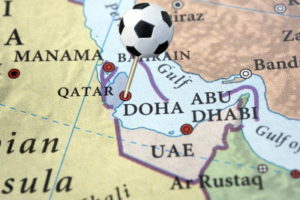 When the governing body of a sport is rife with corruption, it’s fair to say that the rest of the sport won’t be too far behind. The Fédération Internationale de Football Association has long been suspected of being at the centre of dodgy deals, which is why few were all that surprised when Andrew Jennings released his book, ‘Foul! The Secret World of FIFA: Bribes, Vote-Rigging and Ticket Scandals’ in May of 2006.

In it, accusations were made that International Sport and Leisure, FIFA’s marketing partner, had paid bribes to Nicolas Leoz, Issa Hayatou and Ricardo Teixeira over a ten year period. The bribes ensured that the company would be given marketing responsibilities for World Cups. When ISL collapsed with debts of more than £150 million, details of the dodgy dealings came to the fore.

Few things are as clear when it comes to FIFA’s dodgy dealing as the awarding of the World Cup in 2022 to Qatar. At the time that the bid to host the tournament was made, the country didn’t even have football stadiums in which the matches could be played. On top of that, the weather is not even remotely hospitable enough for football games, leading to all sorts of crazy methods of providing suitable playing environments being created.

This is to say nothing of the human rights issues that are clear in Qatar. Members of the LGBTQ+ community that wish to attend matches during the World Cup have been told to not act in a way that is natural to them, which is shameful. It’s not as if the awarded of the tournament to Qatar is the first example of corruption leading to the World Cup being given to a country, with former Vice-President of FIFA Jack Warner alleged to have been paid $10 million by South Africa for them to host it in 2010.

UEFA Is Just As Bad 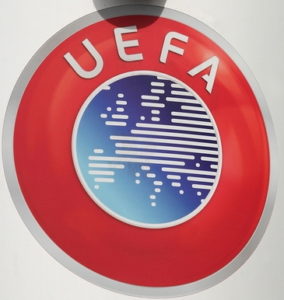 It’s hardly a shock to learn that UEFA, the governing body of football in Europe, is also guilty of some dodgy dealings given the amount that Sepp Blatter and his FIFA cohorts got away with. Michel Platini was Blatter’s counterpart at UEFA when Blatter was the boss of FIFA, with the Frenchman being paid £1.35 million three months before Blatter was re-elected to the FIFA board in 2011.

Even the current head of FIFA, Gianni Infantino, is unlikely to be above reproach. He was the head of UEFA’s Legal Affairs and Club Licensing Division in 2004. When the 11.5 million Panama Papers were released, Infantino was revealed rot have co-signed company papers with a man named Hugo Jinkis, who was indicted in the United States of America for fraud believed to be worth up to $100 million.

Football Is A Sport Full Of Corruption

With the overall governing body of the sport as well as the organisation responsible for things in Europe both having been caught up in corruption scandals at one point or another, it’s not a shock to learn that others in football have also been guilty of having their hands in the till at times. One such example came in 2006 when the BBC program Panorama revealed that there was a culture of taking bribes and bungs in the English game.

It was revealed by Queens Park Rangers manager Ian Holloway as well as his counterpart at Luton Town Mike Newell that accepting ‘backhanders’ in order to sign players was common. Sam Allardyce, who was Bolton Wanderers manager at the time of the documentary airing, was accused of being paid money via his son Craig in order to sign players, with agents by the names of Teni Yerima and Peter Harrison caught on camera saying they’d done as much.

Allardyce, of course, left his job as England manager after just one game in charge when he was caught on camera saying that he could offer advice about how to get around FA Rules on third-party ownership in exchange for payment. That came two years after Ravel Morrison revealed that he’d been pressured by Allardyce to sign with agent Mark Curtis, who represented Allardyce himself.

Whether it be Italian giants Juventus being stripped of their Serie A titles in the wake of match fixing allegations, Goa’s Wilfred Leisure winning 55-1 before their rivals for promotion won 61-1 or 150 games in Vietnamese football being fixed over a 20 year period, corruption can be found in football virtually everywhere you look. Even somewhere as distant as Congo isn’t immune, with a 2005 investigation revealing that about £100,000 was stolen from gate money in the country every week.

Corruption is one thing, but greed is also something that is rife in the world of football. Technically there is nothing wrong with greed in the same way as there is with corruption, given that it isn’t necessarily involving doing something illegal or wrong. Instead, it is a question of morals, which is a thing that doesn’t always get the answer that most people would like.

A player who wants to be paid more money is technically being greedy when you consider that they’re already often paid hundreds of thousands of pounds a week, but if their performances warrant it then most football supporters are happy to turn a blind eye to this form of greed. An agent that wants 30% of a deal for their player, on the other hand, is being greedy in a way that most football supporters can’t abide.

Manchester City using the money of a nation state to buy more and more good players are being greedy, but their fans don’t care as it means that they’re winning trophies. When Tottenham Hotspur’s Chairman Daniel Levy announced in 2020 that he was putting the club’s non-playing staff on furlough, it came on the same day that his own bonus of £3 million was revealed, confirming his own greed.

Broadcasters charge supporters hundreds of pounds a year to be able to watch their clubs play matches but move said matches around at a moment’s notice, then wonder why so many people look towards illegal steams instead of paying them what they want. During the global pandemic, when many people had lost jobs and nurses were having to turn to food banks, Sky attempted to get supporters to pay £15.99 to watch games.

The greed endemic in football was perhaps demonstrated based in April of 2021 when the Premier League’s so-called Big Six clubs joined forces with another six sides from across Europe and attempted to launch a Super League. Liverpool, Arsenal, Tottenham Hotspur, Chelsea and the two Manchester clubs conspired to leave the UEFA Champions League in favour of their own new European division, from which they could never be relegated.

Atletico Madrid, Real Madrid, Barcelona, Juventus and both AC Milan and Internazionale made up the 12 clubs involved, quickly referred to by the press as the ‘Dirty Dozen’. The idea behind the Super League was that it would allow the clubs to make money from playing European competition that they do not have access to because of the way that UEFA has structured the Champions League.

It was believed that the new league would have access to huge digital revenues that they clubs involved alone would have access to, whereas money made from the broadcast of Champions League matches is shared around European football. The thing that those responsible for launching the competition didn’t reckon with was the absolute disdain that supporters of the sport had for it and demonstrated immediately.

None of the clubs involved in the European Super League bothered to consult with supporter groups before it hit the headlines, which tells you what the billionaire owners of those clubs think of the people that they are there to represent. As each year passes, more and more hedge fund managers, venture capitalists and bankers have become involved with the sport, all of whom put greed and profit above all else.

The European Super League failed, but it was a symptom of what is wrong with football rather than the root cause.  For a while the odds on the ESL happening within two years were higher than it not happening, showing that the bookies thought that greed would prevail.

The greed involved in the sport has overtaken what it was originally all about, but then that has long been the case. It’s a professional sport now because players wanted paying for their time, whilst Liverpool wouldn’t even exist if Everton hadn’t refused to pay the owner of Anfield what he was asking for in rent.

Whether the sport will ever truly be able to turn back from the precipice of greed that it got to the edge of remains to be seen. One thing that we can say, though, is that unless money is removed from it entirely then it’s likely that we’ll still see examples of corruption and greed cropping up fairly regularly. Can supporters stop caring about results and new signings for long enough to hold those responsible to account?