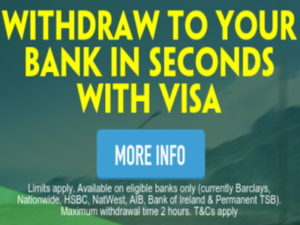 Anyone who has ever paid for something online and then needed to get a refund will almost certainly have had the thought regarding why companies are able to take money from your bank so quickly but are remarkably slow in getting it back to you.

Betting companies are a perfect example, allowing you to put money into your account in a flash but making you wait for days on end to withdraw your winnings back to your bank.

That looks as though it’s all set to change, with Paddy Power promising customers that their withdrawals will be done in seconds if they use Visa Debit or a Pre-pay card for their transactions. It may well end up being something of a game changer and I can absolutely envisage punters considering how quickly they’ll get money that they feel is rightfully theirs when considering which bookmaker to place bets with. It might well join the list along with depth of markets and odds as something that wins over bettors.

Whilst it might seem like an easy thing to do given you can probably send funds really quickly to friends and family using your personal bank, things work slightly differently with business accounts. That’s why it takes so much longer for various companies to get money out of their accounts and into yours, not least because they’re having to do countless micro-transactions simultaneously as numerous different customers want their own funds to be withdrawn.

For that reason, it wasn’t just as simple as Paddy Power telling their bank that they wanted withdrawals to happen much quicker. In fact, the software that will allow the betting company to do this was developed by engineers in-house at Paddy Power Betfair, which is now known as Flutter Entertainment.

They then integrated that software into the front-end of the websites, allowing both betting firms to offer their customers faster transactions. It has set a precedent that other betting companies are likely to follow, especially Betfair. 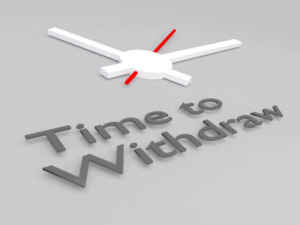 It might seem like only a small thing, but the whole reason that most of us gamble is to try and win money. It’s frustrating if you’ve done exactly that to then have to wait for ages to actually get access to your money in your bank account. When it comes to the user experience it’s a part of an online site that not many people take into account but it’s one that make one of the biggest differences. In many ways, how important you’ll find it will depend largely on the type of bettor that you are.

Those that taking betting seriously tend to keep a large amount of money in their accounts and maintain a bank-roll and s profit and loss ledger, evaluating how their betting is going. They will then make a withdrawal when their profit column has reached the desired level. In that instance the ability to withdraw money quickly isn’t so important.

Others, however, will only move money across from their bank account when they want to make a bet, withdrawing any winnings as soon as they arrive. In that case it’s fair to say that being able to get money out in a speedy manner is important.

It’s A Sign Of Paddy Power Being An Innovator

Paddy Power has long been a bookmaker synonymous with cheekiness, from offering bets on which world leader will die next through to getting Ryan Giggs’ brother Rhodri to film an advert in which he talked about the fact that loyalty is over-rated.

The Irish betting company has always thought of different ways of attracting business and winning customers. This move is another sign that they’re always on the lookout for something that will encourage punters to choose them over any of their rivals, going with the theory that small margins can make a big difference.

Betfair is also a company known for being innovative, especially when it comes to using technology to enhance a customer’s betting experience. Betfair, don’t forget, was one of the first exchange betting services that the majority of the biggest companies now offer. The fact that the pair merged together has allowed them to combine those two different approaches and this new speedier withdrawal is one of the results.

It is, perhaps, a sign of just how valuable to bettors in general the merger of the two companies to form what is now Flutter Entertainment is going to be. Where they lead, other bookies will surely follow.

What You Need To Know 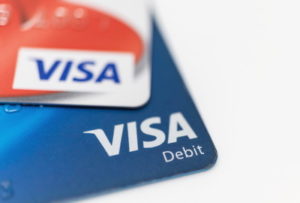 There are a number of things to bear in mind if you’re wondering how you can take advantage of this new speedy service. The first is that it is only available for customers using Visa Debit cards and Pre-paid cards. That means that if you use some other method to put funds into your betting account, such as credit cards, then you’re not going to be able to use the new faster funds option. It is also only available to customers of the following banks at the time of writing:

It will take anywhere up to 2 hours for the funds to make their way from your Paddy Power account to your personal banking account, but will happen instantaneously more often than not. You don’t need to do anything special either, just withdraw funds as you normally would and if your bank is one that allows these new faster withdrawals then it will happen automatically.

This is likely to be a story that I come back to at some point in the future when it’s more than just Paddy Power Betfair that are offering it to their customers. As mentioned, it’s hard to believe that other betting companies won’t be looking to emulating this in order to remove the slight advantage that Flutter Entertainment have given themselves over their competitors at this stage. With the company trying to break the American market, it could be one more thing to set them apart from the competition.