In-Game Spending Is Not Gambling, According To The UKGC 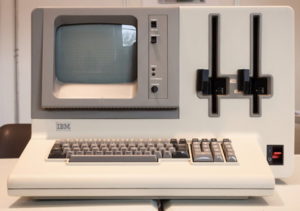 When computer games first started to become all the rage, it was simply a matter of spending your money buying the disc, putting it into your computer and playing it until you either completed it or you got bored. A popular game such as GoldenEye on the N64 allowed people to play against others in a multiplayer scenario, picking up guns as you went and finding new maps to play the better you did in the main game itself.

Nowadays, however, computer games have become big business even after they’ve been bought, with manufacturers finding more and more ways to monetise their offerings. Two examples of this have led to the Gambling Commission having to take a look at how it works and to consider whether or not it should be considered to be a form of gambling under current legislation.

One of these examples is more obvious a tricky area for the UKGC than the other, with Grand Theft Auto V opening an in-game casino that allows players to convert real money into gambling chips on the game that they can use to bet on the likes of roulette, poker and slot machines. Part of the problem that faces the Gambling Commission is the fact that games are rated for players aged 18 and over but are popular with teenagers under that minimum age. 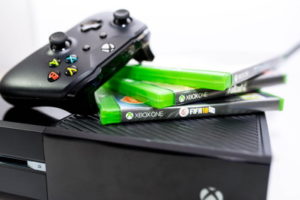 In 2005 Microsoft came up with the idea of allowing gamers to buy add-ons to games that they were playing via the Xbox Live Marketplace, which would given players the opportunity to buy specific content for games they were playing for low fees of around $1 to $5. This began the era of downloadable content and microtransactions which has carried on into the modern day.

Depending on the game being played, users can opt to spend real money in order to buy the likes of new outfits for characters or new cars for use within the game.

This has been an extremely popular choice for users on games such as Grand Theft Auto, despite complaints in the early stages that it was ridiculous to have to spend money adding decorative aspects to games that would have been free in the years before online expansions.

How The GTA Diamond Casino Works 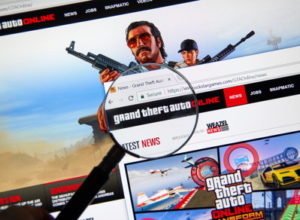 The Diamond Casino feature in the Grand Theft Auto Online game allows players to buy in-game dollars that can be converted into gambling chips that they can then spend in the casino.

The chips can be used to play a host of casino games, with blackjack, poker, roulette, slot machines and even video horse racing all on the list. Users can also spend their money buying furnishings for a penthouse within the casino if they want to.

At the time of writing the conversion rate sees around half a million GTA dollars costing players £5.99, though the more you buy the more of a discount you’re offered on your purchase. What’s likely to have swayed the gambling regulator in their decision not to pull Rockstar Games up on their decision to allow people to buy casino chips with real cash is the fact that you can’t easily convert winnings back into cash that you can withdraw from the game, instead being able to use it to purchase the likes of cars and weapons.

FIFA Packs And Loot Boxes Are Also ‘Not Gambling’ 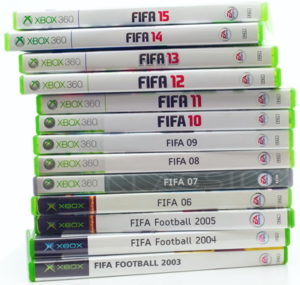 You might well think that there isn’t a a lot you can monetise in the world of football games, but you’d be very wrong. The game FIFA allows players to purchase Packs of special players, such as classic footballers or top players to add to teams in the game’s online mode.

The problem is that the players that come out of the Packs aren’t revealed until after the purchase has been made, leading many players to have to purchase several Packs in order to get hold of the player that they want. Other games offer similar things in the form of Loot Boxes, which also fail to show you what you’re buying until you’ve already paid the money.

One couple spoke of how the FIFA Packs cost them more than £500 when their three children, all under the age of 10, continued to purchase the Packs as they sought to get Lionel Messi for their team. Thomas Carter, the father, had bought one player pack at a cost of £8 but was unaware that his children had seen how he’d done it and continued to purchase them until his card got declined when he and his wife were out shopping. The children were playing on the Nintendo Switch console and Nintendo has agreed to refund the money and remove the players bought from the game, whilst Mr and Mrs Carter have confiscated the Switch itself ‘indefinitely’.

The discussion about whether or not the ability to purchase things in-game will rage on, but the UK Gambling Commission told MPs that the current rules require a prize to either have monetary value or else be actual money in order for it to fall under gambling legislation rules, which none of the FIFA Packs, Loot Boxes nor the chips available in the Grand Theft Auto Diamond Casino do. As a result, none of those items fall under the auspices of the UKGC.

That being said, the Gambling Commission’s Programme Editor, Brad Enright, did admit that EA Sports, the publisher of FIFA, struggles in a constant battle with ‘unauthorised secondary markets’ that offer to let people convert their purchases into real money.

Belgium banned Loot Boxes and the like in 2018 because the Belgian Gambling Commission felt that they were ‘in violation of gambling legislation’ in the country. The decision was made in direct contract to the one taken by both the British and American gambling regulators.

Enright confirmed that the Gambling Commission had informed the game makers that it wasn’t enough to simply say that they didn’t want it happen and instead that they should be enforcing the terms & conditions that prohibit the resale of items purchased in-game. He did, though, reiterate that it is not the job of the Gambling Commission to monitor in-game purchases and what happens to them on behalf of the video game industry and that instead more needs to be done by the companies that produce the games.