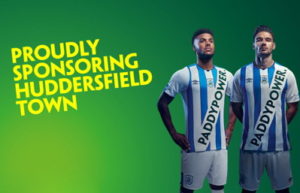 Paddy Power has a long and illustrious history of advertising stunts that capture the public’s attention, with the latest one looking likely to get Huddersfield Town Football Club into trouble with the Football Association.

The club released information about its kit for next season this week, which includes the traditional blue and white stripes that they’ve become known for, white shits, white socks and a banner running from the left shoulder to the right hip bearing the name of their new sponsor, bookmaker Paddy Power. The club’s Commercial Director, Sean Jarvis, said that it is a ‘modern twist’ on how bookmaker’s logos are displayed, but it seems as though it’s a twist that has left the FA angry.

Many supporters wondered whether or not the new logo was a joke, hoping that that was the case. Then the club lined up wearing it for a pre-season friendly against Rochdale AFC at The Crown Oil Arena on Wednesday night. Fans were quick to point out that the kit broke FA rules on how sponsors should be displayed on football shirts, leading to English football’s governing body releasing a statement confirming the ‘clear kit and advertising regulations’ that football teams were expected to adhere to.

The Association also revealed that it has already written to Huddersfield Town to get the club’s ‘observations’ about the kit that they seem to be saying they’ll wear for the 2019-2020 campaign.

Is It Just A Stunt? 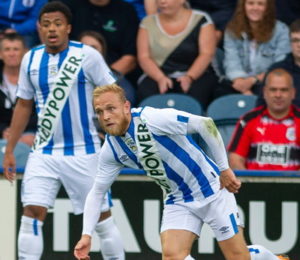 Those with even just a passing interest in football and shirt sponsorship deals will know that there are specific rules around the size and form that sponsorship logos are allowed to take. The ‘sash’ style of the logo of Paddy Power used on the new kit is very much in breach of these rules, which might result in the shirt being banned if the Football Association is unhappy at the response that it receives from the Terriers regarding the kit.

The ruling by the FA states that any sponsorship logo ‘is only permitted to have ‘one single area not exceeding 250 square centimetres on the front of the shirt’.

With that in mind, most people are assuming that the kit is a hoax being put out for publicity, but Huddersfield Town are playing it with a straight face if that is indeed the case. The club’s official statement on the matter said:

“Paddy Power is a very forward-thinking, innovative company – that’s one of the main reasons that we’re so excited to work with them – the new ‘sash’ style logo is really eye-catching and helps maintain our reputation as being innovators too”.

For their part, Paddy Power refused to comment directly but simply said, “We’re delighted to work with Huddersfield Town on this bold new kit design”. 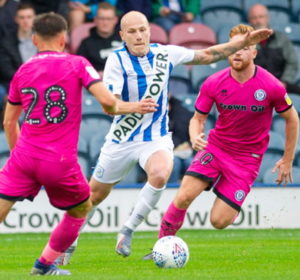 Whilst Paddy Power is far from shy about making such statements in order to win itself some publicity, this one appears to have back-fired if that was the company’s plan.

English football is currently under immense scrutiny regarding its relationship with gambling and the stunt, if indeed it proves to be one, has resulted in criticism for both Paddy Power and Huddersfield Town. Jim Orford, a psychologist at the University of Birmingham and a member of Gambling Watch UK, told the BBC that it’s a ‘disgraceful’ move.

Orford has written a book about the gambling industry and in it he has drawn attention to the fact that the bear minimum that needs to be done to protect the most vulnerable is to limit the number of adverts that can be seen by young people.

With those under the age of 18 watching football regularly, therefore, the decision to put the kit out was described by the psychologist as ‘one of the worst examples I have seen of gambling company sponsorship’. A Huddersfield Town Supporters’ Association spokesperson, meanwhile, said, “It would be good to see football clubs giving as much time and space to gambling awareness as they do to gambling advertisements”.

“Stand Up If You Hate The Kit” 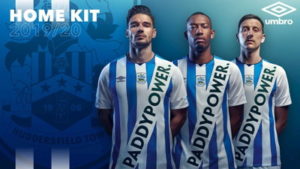 Huddersfield Town’s supporters were not shy about letting the club know their feelings when the players ran onto the pitch for the friendly against Rochdale in the week. With many having assumed that the kit was a joke when the club released it, they soon began singing ‘stand up if you hate the kit’ at The Crown Oil Arena after the two teams emerged onto the pitch for the match. The Daily Mail reported that many of the players were laughing as they emerged onto the pitch and looked as if they were ‘in a beauty pageant’.

The supporters, meanwhile, were far less amused than the players seemed to be and branded the kit ‘an embarrassment’ for the club at a time when they were already struggling to cope with having been relegated from the Premier League. Given that 60% of clubs in the Premier League and Championship are going to be sponsored by gambling companies this season, it’s not the sort of publicity that supporters will have been hoping for as they hope the club can get back into the top-flight at the first time of asking. 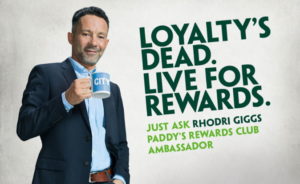 As mentioned elsewhere, Paddy Power aren’t exactly shy of such outrageous publicity stunts. The company released an advert earlier in the year in which Ryan Giggs’ brother Rhodri Giggs told viewers that ‘loyalty is overrated’, making a clear reference to the affair that Ryan has with Rhodri’s former wife Natasha.

In point of fact the Advertising Standards Authority banned the advert because it appeared to glamourise gambling as opposed to the fact that it was offensive, but Paddy Power won’t have minded too much considering the publicity that they got for the sheer controversial nature of having Rhodri Giggs talking about loyalty.

The Huddersfield Town shirt appears to be just the latest in a long line of controversial decisions made by the Irish bookie in an attempt to get their name into the public eye. In 2010 they took bets on the first animal to be made extinct as a result of the BP oil spill in the Gulf of Mexico, whilst two years earlier they made the news when they offered odds on Barack Obama to be first President of the United States to be assassinated. In February of 2012 the company took photos of transgender women in the crowds at the Cheltenham Festival and asked punters to separate ‘the stallions from the mares’. Wether this is indeed the latest such stunt remains to be seen.