How Much Do People Spend On Gambling vs Other Addictive Products? 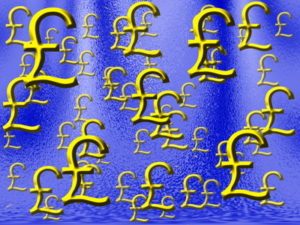 We all know that problem gamblers need sympathy, support and help. There’s no question that those that develop a problem with gambling find themselves in a situation where they can be desperate to stop but feel as though they’re unable to do so, which is why the United Kingdom Gambling Commission reacts so harshly to companies that fail in their responsibility to ensure that people do not fall foul of gambling related harms.

Those that defend the gambling industry, however, would be quick to point out that there are other addictive things that aren’t treated in the same way as gambling is. Alcohol, for example, is something that you could spend £1000’s on without anyone batting an eyelid, whereas if you did the same thing with gambling then you’d certainly cause some eyebrows to be raised.

With new affordability and loss limits being suggested under new gambling legislation due this year or next it begs the question, how does gambling spending compare to other addictive things and is it being regulated fairly in relation to those other addictive products?  As with other forms of prohibition in the past it has been suggested that introducing limits for gambling could drive people to the black market. 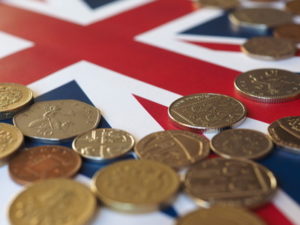 It is important to acknowledge straight away that we’re not talking about gambling addicts here. Whilst all of the topics that we are looking at are things that people can become addicted to, we are more interested in looking at what the average person would spend rather than the outliers. Yes, someone could spend £1,000 in one go on gambling, but that’s no more common than someone spending £1,000 on a bottle of wine.

When discussing gambling spending, we’re talking about everything from buying a lottery ticket through to playing bingo, via betting on the horses or placing a football accumulator. According to the Gambling Commission, Britons spent around £14.5 billion on gambling products between October 2017 and September of the following year. The majority of that is spent on online gambling, with £5.6 billion spent on that during the period in question.

Men gamble more than women and those aged between 25 and 34 gamble more than other age groups. According to the Royal College of Psychiatrists, nine people in every 1,000 are at risk of developing a gambling problem, which is about 1% of the population. For everyone else, there is the ability to spend money on gambling without it developing into a problem in the vast majority of cases.

According to research, here is how much is spent on gambling on average in the United Kingdom, broken down into the gross income decile groups:

The interesting thing is that there isn’t a vast difference in the amount spent on gambling between the lowest 10% and the top 10%, with the highest spend coming from the ninth decile group that spends an average of £2.90 per household. Obviously the fact it’s an average means that some households will spend more whilst others will spend less, but it works out as about £2.39 spent per household every week on gambling.

The average spent per year on gambling by British people is in the region of £135.20, though it is, of course, at risk of fluctuation according to any number of external factors. Research suggests that about 3.1% of bettors have wagered more than they can afford to lose at some point or another, whilst gambling addiction costs the UK economy between £260 million and £1.2 billion a year.  At the same time gambling contributed around £4.5bn in tax in 2019 with an estimated £7.7bn added in gross value. 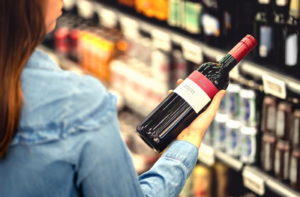 To many, drinking is the British pastime. The idea that someone who binge drinks at the weekend has a ‘problem’ seems entirely false to plenty of people. It goes without saying that how much is spent on alcohol will go up or down depending on the time of year that you’re looking at, with spending over the Christmas period being the highest month in the calendar year.

The year in question will also make something of a difference, with evidence suggesting that the amount of money spent on beer has gone up year-on-year since the turn of the millennium. An average of £3,549 was spent per quarter in 2007, which had increased to £5,709 by 2019. There’s also a split between money spent on alcohol at home and that spent on it when out and about.

With the average UK household spending £916 each year, assuming that a household has 2.4 people in it, £484 of that is at home and £432 is spent out. Here’s a look at the total spending on alcohol according to the decile group that people are in:

The average amount of money spent on alcohol each week is £17.60, which amounts to an average of about £916 per year. Where you’re located in the country makes a difference, with households based in Northern Ireland spending approximately £754 each year at one end of the scale compared to £1,019 spent by households in the north-west of England over the same period of time.

It’s certainly an interesting contrast to the amount spent on gambling, with an average of £135.20 on that compared to £916 on alcohol. Little wonder that those that act in defence of gambling believe that it is given a tough wrap compared to some other things with addictive qualities. Alcohol is also a good comparison because it is something that plenty of people are willing to do, with more doing so than gambling.

The final thing to note is the estimated cost of alcohol on the British economy. An evidence review by Public Health England back in 2016 suggested that somewhere between £21 billion and £52 billion is spent on the burden of alcohol over the course of twelve months. That is the equivalent of between 1.3 and 2.7% of the GDP. This is something else that gambling comes out more favourably over. 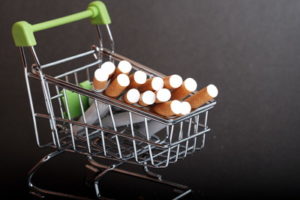 Smoking is a slightly more difficult thing to find precise information on, largely because fewer people are smokers nowadays than would drink alcohol. On top of that, the amount of money that a packet of cigarettes costs is changing every year, so a higher spend on cigarettes doesn’t necessarily relate to a higher amount of smoking. Some people might smoke five cigarettes a day, others more like 40.

As with drinking alcohol, the amount spent on smoking has increased year on year since 2007. Back then, an average of 15 billion was spent on tobacco in the year, compared to 20 billion by 2019. Again, this is likely to be because of the cost of cigarettes rising rather than because people are smoking more cigarettes, but that’s not something that is necessarily easy to quantify.

The amount that someone smokes will differ depending on their gender and their age, with men smoking more than woman and people over the age of 60 smoking more than those aged between 16 and 24. A lifetime smoker would end up spending about £114,000 on cigarettes between the ages of 16 and 75. That means that if they’d invested that money instead then they’d be about £500,000 better off at the end of their life.

On average, a smoker will smoke ten cigarettes a day. At the time of writing, a packet of cigarettes costs about £10.80, which means that smoker will spend £37.80 each week buying cigarettes. That works out as £1,971 per year for the average smoker. This is looking specifically at cigarettes and doesn’t take into account people who smoke cigars and how much they would spend in the same period.

Over the course of 12 months, smoking costs the British economy about £12.6 billion. This includes the likes of emergency care, long-term support and so on, with about half a million hospital admissions every year being because of smoking. That is not just smokers but also those that have been affected by second-hand smoke. Cancer wards are obviously the worst hit, but even the likes of anaesthesiologists have to bear in mind if a patient is a smoker.

There are other things that we could look at as being addictive, such as clothes shopping, but keeping it to what one would refer to as ‘vices’ allows us to ensure that things remain relatively simple and easy to understand. Here is a look at the top end of what each of the vices in question costs per household and how much it is believed to cost the British economy over a 12 month period: 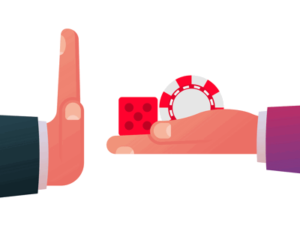 This piece is not written in defence of gambling. For some, gambling is a major problem that ruins lives –  we don’t make light of that fact. The point of this piece is instead to question why it is that the government feels the need to look at things such as affordability checks and controlling how much you can spend on gambling, but the same isn’t true of smoking or drinking in spite of the fact that these things are more damaging to both a person’s wallet and the UK economy.

There is a personal freedom argument that should be made at some point, given that the government chooses not to interfere in how much is spent by someone on drinking every week or smoking, but there is constantly a pressure on gamblers to feel that they’re somehow doing something wrong. Should there be more constraints on smokers and drinkers or fewer on gamblers?