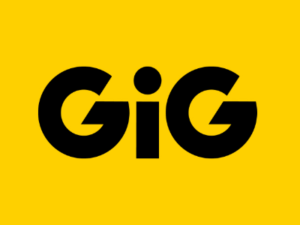 The Gaming Innovation Group (GiG) has signed a Share Purchase Agreeement (SPA) to divest its B2C assets, providing the Betsson Group with complete access to various operator brands. These include top-quality, well-known sites like Rizk Casino, Guts, Thrills and Kaboo Casino. By entering into this deal, Betsson will become a long-term partner of the GiG company. Revenues generated via the brand shares purchased by the Betsson Group will go directly to GiG’s platform Services.

The deal that the two companies are signing into will see Betsson pay a huge €31 million, which includes a €22.3 million cash-only payment for the overall acquisition. There’s also a prepaid platform fee of €8.7 million in there, and GiG intends to use those proceeds to repay a 2017-2020 bond that it owes, standing at SEK300 million (about €28.4 million).

So as to keep things active, Betsson has also agreed to keep all brands operational on the GiG platform for at least 30 months. For the first 24 of those months, Betsson will basically pay a premium platform fee. That fee will be calculated based upon the net gaming revenue that is generated. Judging by the expected platform fees, it is thought that the total value of this transaction is somewhere around €50 million.

Sale Goes Through as Result of GiG’s Strategic Review

Betsson is known throughout Europe as one of its most dominant online gambling companies. So much so, that it’s listed on the Nasdaq Stockholm, and it has quite the impressive track record of building brands, both through its own development and by acquiring brands from other companies. To add to that, Betsson holds gambling licences in twelve different countries throughout Europe and Central Asia. These allow the company to distribute online casino games, sportsbook options and a selection of other online games as part of its multi-brand strategy.

Where GiG is concerned, the company chose to sell its B2C vertical following a strategic review, which began in November of 2019. Following this, it was decided that a more effective route to take would be to reduce complexity and instead, improve efficiency. By opting to divest its B2C vertical, GiG gets to free up various resources, which will provide it with the ability to place complete dedication on both driving and expanding its B2B business.

Furthermore, as part of this strategic review by GiG, the company has opted to make its technical platform sportsbook agnostic. Therefore, it will partner up with other sportsbook providers in order to be able to provide the best services to its consumers. Through this, the Betsson sportsbook solution is expected to be integrated onto GiG’s platform. This will bring both GiG and Betsson a certain amount of strategic advantage when it comes to selling their respective B2B solutions. After all, it should mean that little conflict occurs between their own B2C brands.

From there, GiG will also seek alternative joint ventures with partners, as a means of keeping its own strategic position for its proprietary sportsbook. The ambition of the company is to be able to gradually grow alongside both existing partners and new long-term ones. It also has designs on the US market, which has seen swift growth recently. Fortunately, GiG operates as one of the very few B2B providers that offers omni-channel online gambling services within multiple states across the US.

The Companies Speak Out 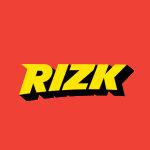 Speaking of the acquisition from GiG, the CEO of Betsson AB, Pontus Lindwall said, “We believe this deal offers a good opportunity for Betsson to consolidate, create synergies and apple our core B2C skills and marketing insights to scale these assets to their true potential”. He went on to say that the agreement between the companies will expand Betsson’s outreach and growth potential, with a focus being placed on the proprietary sportsbook and payments platforms.

The CEO of GiG, Richard Brown spoke of being excited about the transaction taking place with Betsson. He said that it provides a variety of upsides to his company, such as putting it in a financial stable position and giving it the ability to put a focus on where it sees real long-term shareholder value. “This transaction serves as a strategic focusing of the company’s efforts towards the B2B segment”, he commented.

Finishing off with his statement, Brown said that he is also delighted with the fact that GiG gets to retain its brands on the platform whilst adding Betsson as a partner. “I am certain that together with their speciality, focus and strong track record on driving B2C growth, it will be a fruitful partnership”, he mentioned.

Expectations for the Future 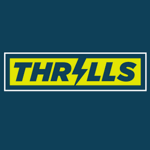 The full 2019 revenue for GiG stood at €123 million, with an EBITDA of €14.1 million, assuming B2C as continued operations. Isolating the B2C full year revenues for 2019 sees a figure of €79 million come to the forefront.

Following the divestment of GiG’s B2C vertical, it is thought that the full year revenues for 2020 will come in at around €70-€75 million, with EBITDA expected to be in the range of €14-€17 million.

With regard to the actual transaction, the finalisation of this is expected to occur in mid-April. This provides the necessary time for regulatory approvals to take place, which should come from merger control and gaming authorities. GiG must seek consent from its bondholders to be able to extend the repayment of the 2017-2020 bons from the maturity date in March 2020 until 22 April 2020 as well.

What Does This Mean For UK Players? 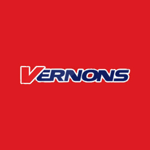 Many of the GiG brands had already pulled out of the UK market prior to this sale, Thrills being the latest to do so.  A couple of years back Super Lenny, one of the early GiG brands in the UK stopped running as a casino and set themselves up as an affiliate – this could be a likely route now for GiG since selling off it B2C assets.

While Betsson have agreed to keep the GiG brands as they are for at least 30 months in general this does not bode well for UK players.  Betsson have an ambiguous attitude to the UK at best and are known for buying brands and either closing them completely or withdrawing them form the UK.

A previous example of this is Vernons, the well known British brand created in the 1920’s for the football pools.  Following the sale of Vernons to Betsson they effectively slowly suffocated it and eventually closed it.  Players with Rizk, Guts and other brands still operating in the UK may do well to start looking elsewhere now Betsson are in charge.