Gambling Companies See Increase In Complaints Up 5000% Since 2013 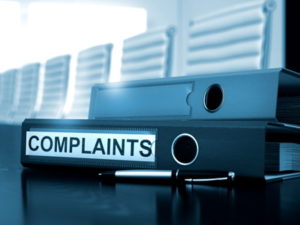 Are people becoming more used to complaining when something doesn’t go their way, or are gambling companies being a bit naughtier with what they try to get away with? That’s a question that will be on many people’s lips in the wake of an investigation by BBC’s Panorama team that shows that the number of complaints being registered against British betting companies have risen by 5000% since 2013.

They’re not the only options available, of course. It’s also possible that the gambling watchdog has tightened regulation to mean that gambling firms need to be more careful than ever before.

Regardless of the reasoning, the simple truth is that gambling companies are having to deal with more complaints than they were faced with in the past, with more than 8,000 people getting in touch with the Gambling Commission in 2018 to register a problem with the firms that they’ve used for their gambling.

The reasons for the complaints have been mixed, with companies refusing to pay out on what were perceived to be winning bets and others failing to live up to their responsibility to operate in a manner that was seen as socially responsible. 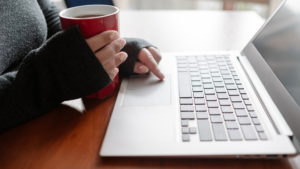 The gambling industry has seen huge expansion in the decade or so since the government chose to relax the restrictions in place on both betting and advertising for betting companies back in 2007.

The result has been that gamblers have been losing more money than ever before, with 2018 seeing punters part with more than £14 billion over the course of the year; a figure which means that people are losing around double what they were losing a decade ago. Yet with that increase in playing has also come a demand from consumers for betting firms to do more.

Gambling firms have faced increased criticism from both gamblers and the government, leading to last month’s pledge to increase the voluntary levy paid to help problem gamblers from 0.1% to 1%, which will equate to around £60 million more.

The increase in loss of money by punters has largely come from online gambling, with one person losing £633,000 on Jackpotjoy. The company said that they did draw her attention to the responsible gambling tools at her disposal, but she felt that that wasn’t anywhere near enough in stopping her. The likes of cooling-off periods and deposit limits are only useful if the players actually want to take advantage of them.

Responsibility With The Betting Companies

Jo Holloway lost her son Daniel Clinkscales to gambling when he took his own life at the age of 35. A successful and well-paid sales manager, Daniel had taken on two extra jobs in order to fund his betting habit. His mum didn’t even know it was a problem for many years, but believes that he found it hard to take in because he’d been so successful in other areas of his life and yet couldn’t crack this massive problem that he had with gambling.

Holloway believes that the burden of responsibility for helping people with a gambling addiction should lie firmly at the feet of the gambling companies themselves. The majority of problem gamblers don’t know how to stop, even if they wanted to, so betting firms should do more to help them. She said that part of the problem came from the fact that gambling has been ‘normalised’ and made to look as if ‘everyone does’. Yet for her that’s a major issue because it’s not normal and ‘you can lose your house in an afternoon’.

There have been calls from critics of the gambling industry for the Gambling Commission to introduce changes in order to help problem gamblers. Given the recent limits put in place on Fixed Odds Betting Terminals, many feel that similar restrictions should be put in place for online sites.

Yet the Gambling Commission has said that it has no such plans to add maximum stakes to online betting because the companies that operate the majority of websites have ‘enough information to keep players safe’ and to ensure that they’re ‘playing with money that they can afford to lose’.

The one concession that gambling companies have made is to increase the number of messages that they put out about the idea of safer gambling as well as to look at the tone that they take with their promotional material.

Quite whether either thing would do enough to remove the idea of gambling being ‘normalised’ that Jo Holloway has a problem with remains to be seen. There’s also the question of whether or not it’s right that restrictions are put in place on stakes people can bet with, given that those without a gambling problem would suffer as a consequence.

It is the eternal moral dilemma that the Gambling Commission is faced with.

Systems Are In Place To Help If Companies Use Them 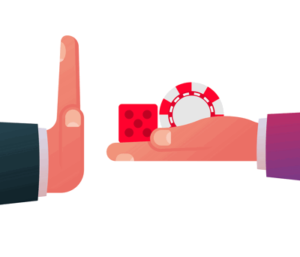 on the LeoVegas and Casumo websites and felt that the companies should have done more to help her with her problem.

Known just as Katie, she was a successful accountant and lost £54,000 in one night, placing bets in excess of £380,000 in a single session. She made the point that when the algorithms on the site alerted them to the fact that she was betting and losing a lot of money she was sent emails inviting her to become a VIP and offering her bonuses to play with, so the system could be tweaked to send her emails to prevent problem gambling instead.

Certainly that’s what the Gambling Commission feel companies should be doing, yet they have also issued fines to gambling operators on numerous occasions in recent times because they’ve systematically failed to protect customers who are vulnerable.

It is part of what has led to complaints against the companies as well as Gambling Commission investigations, such as the one that they have launched in the wake of LeoVegas ‘bombarding’ a customer with emails despite him having his account suspended. He had stolen £20,000 from his mother after having received emails from sister sites of LeoVegas offering him free spins, using her debit card to sign up to the sites.