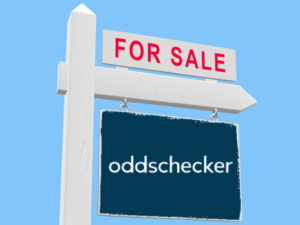 Since it started out in 1999 Oddschecker has been the go-to site for many punters looking to find the best odds on the markets they want to bet on.  Despite starting out from humble beginnings in a back bedroom by its three founders the company has now, through various acquisitions, become part of one of the biggest gambling groups in the world, Flutter Entertainment.

In 2007 oddschecker was acquired by Sky betting and gaming although that didn’t stop competitors from using the popular service.  It was sold along with Sky to CVC in 2015, although this didn’t change much for the relationship of the service with competitors.  It was at this time that oddschecker began to seriously expand, moving offices and doubling the number of staff.

It was, however, the purchase of Sky and Oddschecker by the Stars Group in 2018 where the recent issues began.  The Stars Group merged with Flutter Entertainment in 2019/20, who already owned Paddy Power and Betfair, creating a super-group containing three of the biggest UK betting brands: Paddy Power, Betfair and Sky.

This situation creates a conflict of interest whereby the biggest odds comparison platform is also owned by three of the biggest brands it promotes.  This lead to GVC (owners of Coral, Ladbrokes and BETDAQ and now called Entain) to pull off oddschecker in 2020 and losing two of the biggest names from the platform has had an obvious damaging effect for the service it offers.  At the time it was stated that they could not reach a commercial arrangement, although reading between the lines it is suggestive that Entain did not want to give money to a stalled service owned by their biggest rival.

Therefore, Flutter are now seeking to offload oddschecker fearing the exodus of leading brands will continue while the company is in league with the big gambling companies.  It is likely if oddchecker were independent again, or at least not owned by bookmakers, that trust and big brands will return.

Oddschecker Up For Sale For £150 Million 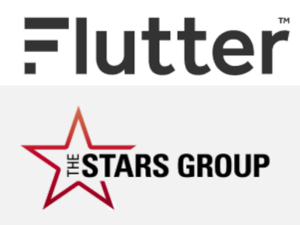 Oddschecker are frankly a victim of their own success.  When they started out they were an independent odds comparison platform and that is something that customers value.  Subsequent sales to bigger and bigger betting groups has, however, destroyed the notion of independence and has caused a drop in the number of betting sites for which it features odds prices.  With fewer sites to compare now the model is effectively not fit for purpose.

The fact oddschecker has also expanded dramatically since CVC acquired Sky in 2015 means they have more to maintain, meaning they need to continue to grow to match the size of the company.  Growth has evidentially stalled if not declined since the acquisition by Flutter Entertainment.

Therefore, Flutter have put it up for sale in the hope they can offload the site before any further damage is done.  The mega-group are also focusing actively on the US market at present and look to be streamlining their UK and European holdings to aid that.  They plan to spin off FanDuel with an initial public offering (IPO) in the near future.  Cash from the sale of oddschecker will almost certainly be pumped primarily into the US market growth.

For oddschecker’s own future success they need to regain a level of independence that they once have.  The ultimate difficulty for the group is to find a buyer that can afford the significant cost of £150,000,000 to buy the company but who are not already operators of sports betting sites.  The nature of the buyer will have a huge influence on whether oddschecker can reverse recent fortunes and attract some of the big names that have left back to the platform.

How Do They Make Money?

The site makes money in two major ways, firstly commercial agreements with the brands they feature and secondly through affiliate marketing by receiving a fixed-fee or profit share for each account they send.  Naturally being owned by a betting company means there is an obvious conflict of interest for the company to send accounts and traffic to the brands within the same group.

Oddschecker boasts around 3 million unique visitors each month, although that is thought to be lower now since Entain removed their brands.  In order to return to those traffic levels and exceed them the comparison site need to attract more betting sites to give punters a more inclusive and competitive service.  To do this they must be seen to be independent, something that they certainly are not at present.

The sale of the company will also potentially bring in new investment given Flutter are unlikely to pump any more funds into the company with falling traffic while they wait for a sale.

What Is The Future For Oddschecker? 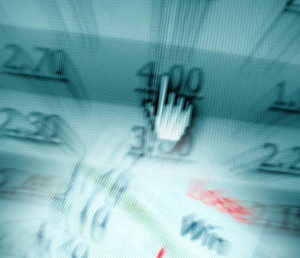 It is highly unlikely oddschecker will fail and given Flutter have slapped a price tag of £150M on the company it obviously still has legs.  Any buyer who pays that level of cash for the site is not going to allow it to decline further.

Oddschecker need to bring their own ambitions into check.  They cannot be a trusted comparison service for the best odds while at the same time being owned by those that provide the odds.  In a world where many people now distrust big corporations and their motives the platform needs to adjust.  When they started in 1999 most bookies were independent, however, today we are dominated by super-groups worth £10’s Billions and the company needs to be careful to not become part of one of these again.

Of course if oddschecker does fail there are plenty of other options and someone else will fill the void.  Back when they started it was difficult to aggregate odds from several sources in real-time but these days that is fairly straight-forward.  The Oddschecker software is no longer unique enough for them to survive on that basis alone.  Still, the site has punters that have been using it for over two decades who will not want to see it dissappear.