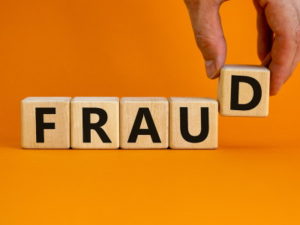 A former Press Association worker has pleaded guilty to ‘fraud by abuse of position’ during his appearance at Hull Magistrates’ Court. Jack Bentham ‘manipulated race data’ in order to change the result of races in his own favour, winning as much as £10,000 on a Paddy Power account as a result. The Press Association, which has since rebranded as PA Media, set the betting odds for the likes of Sky Bet and Paddy Power.

The now 24-year-old began working for the company in September 2018, then started manipulating the race results about a month later. The move to ensure that the results fell in his favour took place between then 13th and 22nd of October that year, with Bentham accepting responsibility for the offences and admitted to having had a gambling problem at the time that the offences were committed.

Jack Bentham, who hails from Market Weighton in East Yorkshire, began working for the company then known as the Press Association in September of 2018. During his time working for the company, Bentham committed fraud when acting as the racing specialist, with his offences occurring between October 13th and the 22nd of the same month. He abused his position to make personal gains to the tune of £10,000 or so.

The Clerk of the Court read details of the charge out when Bentham appeared at Hull Magistrates’ Court in August of 2021, saying that he was supposed to ‘safeguard’ the financial interests of the Press Association but instead acted against those interests. The prosecuting barrister, James Byatt, said that Bentham had ‘manipulated race data’ so as to be able to ‘change the race results in his favour’.

Bentham used his access to the insider information he had at his disposal in order to literally change the outcome of races in his favour over a period of ten days. By doing this, he was able to ensure that the horse that he had backed was a winner, regardless of the actual outcome of the race in question. It might have been a way of making himself some short-term money, but was never likely to go undiscovered.

How It Was Discovered 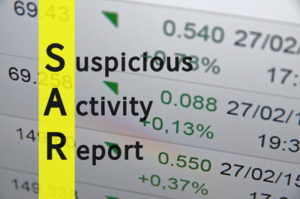 Mr Bentham appeared in court for the hearing wearing a white shirt with black trousers, a black tie and some brown shoes. Whilst he was there, he heard about how his behaviour had been spotted when both Paddy Power and Sky Bet had made complaints about ‘irregular betting activity’ in the Goole area of East Yorkshire. In the modern era, most bookmakers have systems in place that can spot such irregular betting patterns.

Normally such a system is used in order to spot things like match-fixing, but in this case it was used to identify someone at the heart of the operation altering results so that they could ensure that they won money. Part of his job at the time involved setting the betting odds for bookmakers, which included online bookies and both Paddy Power and Sky Bet used their services, with Bentham having a Paddy Power account in particular.

What The Defence Said

Nick Tubbs, working as Bentham’s defence barrister, told the court that his client had suffered with a gambling problem from the age of 18. He did confirm that Bentham completely accepted responsibility on the matter, having addressed his gambling issues. Bentham himself only spoke in court in order to confirm his name, address and date of birth and to plead guilty, instead leaving it up to his defence to present his case.

The Chair of the Bench, Jill Collinson, told the defendant that the magistrates would commit his case to the Crown Court for sentencing, which would be done on the 14th of September. Given that he decided to please guilty, there was not much for Bentham’s defence team to do bar the move to present the mitigating circumstances that come in the form of his long-term gambling problem.

Questions Thrown Up By The Case 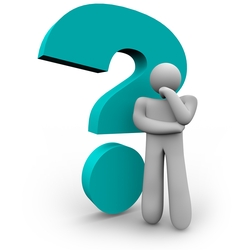 There are some obvious questions that the case of Bentham has thrown up. For starters, is it right that someone that is in charge of confirming the race results is allowed to have a betting account in the first place? As well as confirming the results, the role of Bentham was to help set the odds for bookmakers, which surely presents something of a conflict of interest for the person tasked with doing the role.

When you consider that bookmakers will shut down accounts of customers that enjoy a period of sustained success with their betting, it is remarkable that the person in charge of setting odds and confirming results was allowed an account at all, let alone to place bets on the races that they were working on. It is, perhaps, a sign of the fact that bookies don’t care where they money is coming from as long as they end up winning it.

It also results in questions being asked over issues such as safeguarding. Whilst Bentham wouldn’t have had to disclose the fact that he had a gambling problem from the age of 18 when applying for the role, the fact that he was given such a position in spite of his previous gambling surely means that the system in place to protect the most vulnerable is well and truly broken. Is there anything that could have been done differently?

As a racing specialist in a position of power, was it right that Bentham was allowed to open a betting account without checks being done on his previous betting patterns? Had Bentham opted to place the bets with an exchange instead of a fixed-odds bookmaker, he’d have been taking money of innocent punters rather than betting companies, using his knowledge and specialism to do so.

It is likely that this case, as with so many others, will just be brushed under the carpet in terms of betting companies being looked at for how they operate. The fact that Bentham is the one in court and both Paddy Power and Sky Bet are able to present themselves as the wronged parties is, perhaps, part of the problem with the betting industry as a whole. Whilst he unquestionably acted incorrectly, he should never have been in a position where he was able to do so in the first place.