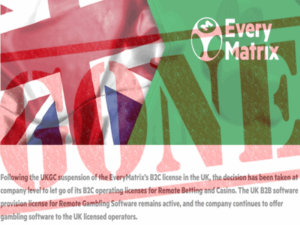 A couple of weeks ago I wrote a piece about how the software providing company EveryMatrix Software Limited had had its Gambling Licence suspended by the UKGC.

It came after an investigation into the company’s framework led the United Kingdom Gambling Commission to have concerns over how EveryMatrix dealt with problem gamblers. The suspension didn’t stop them from being able to install, manufacture, supply and adapt gambling software, but it did mean that real betting and remote casino operation had to stop.

Now the company has confirmed that it plans to abandon the business-to-customer part of UK market altogether, announcing as much on their website. It’s a big decision for the software provider, though the fact that they will maintain the business-to-business part of their licence suggests that it might well be a business decision as much as one around the idea of EveryMatrix being angry with the UKGC’s decision and reacting accordingly.

The statement referred to the fact that its business-to-customer work had been ‘irreparably damaged’ by the Gambling Commission suspension. 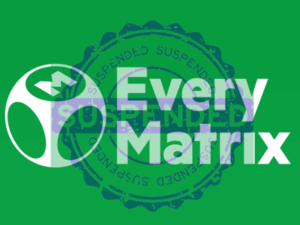 I go in to much more detail in the original article, so it’s worth giving that another read if you want to know what happened originally. To give you some idea, though, the Gambling Commission appeared to suspend EveryMatrix’s licence on the back of discrepancies found in the way that the company dealt with problem gamblers.

Despite the protestations of the company’s Chief Executive Officer, Ebbe Groes, who said that the company took the job of ensuring that responsible gambling was taken seriously, the UKGC cited section 118(2) of the Gambling Act of 2005 as the reason behind the suspension.

Groes was hopeful that the suspension would soon be revoked, but that evidently hasn’t happened. The Gambling Commission decided to conduct a review into EveryMatrix’s customer interaction framework. The review appears to have lasted long enough to mean that EveryMatrix now feel that it is not worth their while continuing trying to have a customer facing side to their business, given the damage that has been done to their reputation as a result.

Obviously the UKGC was unapologetic for carrying out the review in the first place, with their priority being the protection of customers who might be using remote casinos or real event gambling facilities that were offered by EveryMatrix, as opposed to the company.

What EveryMatrix Have Announced 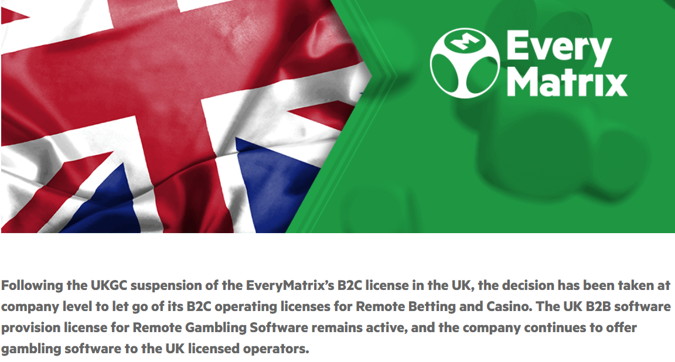 The company’s statement pointed out that they have been offering white label businesses since 2014, during which time there was no problem with their business-to-customer operations and they enjoyed much success.

Yet the investigation and subsequent review by the Gambling Commission has left them feeling as though their white label business has been ‘irreparably damaged’. They said that they did the best that they could in the swiftest manner possible to prove that they operate in a ‘safe, responsible and compliant manner’, but that the damage had already been done.

A statement by CEO Ebbe Groes on the company’s website said that EveryMatrix ‘fully respect UKGC’s decision’ to suspend their licence and their wish for a ‘substantially changed way’ for white label businesses to operation in the future, but made clear that that side of the business had ‘become unsalvageable’.

He also expressed his regret regarding what it means for the brands, long-standing white label partners and ‘loyal players’ that have used EveryMatrix’s services over the years. Ultimately, though, it was felt by EveryMatrix that it was better to let go of the white label side of its business in order to try to grow the rest of the company’s operation. 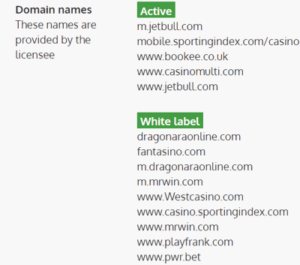 Groes did talk about how EveryMatrix planned to try to respond to the situation as positively as possible. Whilst the business-to-customer side of things has become untenable, the business-to-business side of things continues apace. As a result, Groes has said that EveryMatrix will do what they can to use the ‘highly unfortunate event’ as positively as possible. That will including maintaining the role that EveryMatrix has established as a leading provider in the ‘B2B space, in the UK and globally’.

The company has, according to Groes, achievement ‘tremendous growth’ in this area in recent years, meaning that they’re confident that they’ll be able to continue to grow if they focus on it ‘even harder’ as a business opportunity. The company is, they say, a ‘trusted and proven’ provider of software and operates in ‘regulated jurisdictions’ around the globe. It means that they will continue offering their product suite that is API driven, so current businesses using their wares needn’t worry and new customers will almost certainly be guaranteed even more attention.