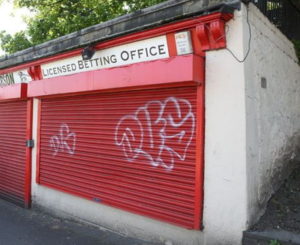 The argument of Fixed Odds Betting Terminals has been raging for some time now, but it is set to come to a head when the maximum stake is reduced from £100 to £2 on the 1st of April.

The machines have variously been called ‘the crack cocaine of gambling’ and ‘a blight on society’, but the reality is that high street bookmakers depend on the income made by them to stay in profit and the reduction in stake may well result in countless high street bookies having to close their doors for the last time. Yet it’s also the case that around 14% of players on FOBTs are classed as problem gamblers, which is the highest number for any large-scale gambling activity.

Is the closure of a percentage of high street bookmakers a risk worth taking if it saves thousands of people from losing incredible amounts of money?

Unemployed people are the socioeconomic group most likely to bet the current maximum stake of £100 when gambling on the machines and there are more of them in areas of high deprivation than anywhere else. More than 230,000 people lost in excess of £1,000 on the terminals in just one year.

The reduction in stake may well be the right decision, with an Institute for Public Policy Research report suggesting problem gambling costs the country around £1.2 billion a year, it will still have an effect on the high street and the ability to place a bet in particular. 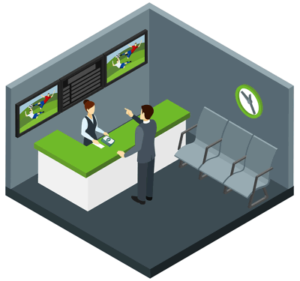 The first place to start is with a report that the bookmaker William Hill has written a letter to the 2,000 or so landlords from which it rents space for its high street stores asking them to reduce the rent they charge in order to avoid the closer of about 900 shops.

Given that the company currently boasts 2,300 shops on the high streets of Britain, that would be a loss of just shy of half of them. The company made reference to revenues declining ‘by in excess of 50%’ for some of its shops, which is what has prompted them to ask for a 50% reduction in rental costs, believing that landlords will prefer to see less money coming in in rent than no rent whatsoever from an empty shop.

The move follows those by a number of high street retailers that have asked landlords to reduce rent in accordingly with company voluntary arrangements, or CVAs. The likes of Mothercare and House of Fraser have seen their income drop because of a move by customers to online shopping. The result is that they’ve looked to get CVAs in order to avoid financial collapse, though many of the landlords have fought back against this.

The feeling from them is that some companies are using CVAs to increase their profits rather than avoid financial collapse, resulting in a fight back from landlords that are concerned they are being abused unfairly and fear situations such as the retailer Next adding a ‘CVA clause’ into their agreements. The clause dictates that their rent will be reduced if any of the other companies using the same landlord secure a CVA.

The situation for bookmakers is potentially even more serious than high street retailers, on account of the fact that they were able to avoid the impact of the move online by vast swathes of their customers base thanks to the Fixed Odds Betting Terminals, essentially meaning that the drop in income behind-the-till has been subsidised by the FOBTs.

A drop in income from the terminals because of the reduction in the maximum stake will mean that bookies have to cope with that at the same time as fewer people going into betting shops to place their wagers truly begins to bite.

The obvious question is whether or not landlords will be wiling to bow to William Hill’s demands, knowing that other bookmakers would immediately follow suit in asking for the same thing. The bookmaker is also in something of a strong position, given that 5,855 shops closed permanently in 2017 at a rate of 16 per day when only 11 a day were opening to replace them.

The fall in the pound because of the uncertainty surrounding Brexit was partially responsible for this, as well as the fall in wages and consumer confidence. Footwear and clothing shops were the worst hit, with customers less able to spend money on non-essentials at a time when food costs were increasing.

Is A Bookmaker High Street A Bad Thing? 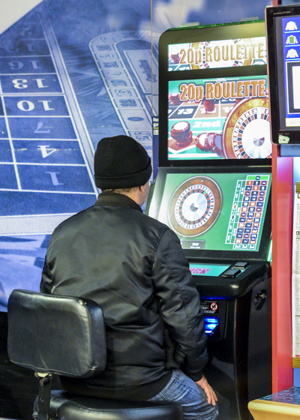 Fixed Odds Betting Terminals started to become widespread after the rules on gambling tax were changed in 2001 and by the end of 2017 there were more than 34,000 of them on the streets of Britain. As the amount of money earned by the gambling industry increased the influence of FOBTs increased no end, generating a gross gambling yield of £1.8 billion between October of 2015 and September of the following year.

To give you an idea of just what an impressive amount that is, it is around 13% of the overall GGY of the British gambling industry.

At the same time that FOBTs are seeing punters lose huge amounts of money, the number of gamblers betting online has gone up exponentially. The increase in betting apps and websites accessible via mobile phones has seen millennials aged 25 to 34 increase their betting habits more than any other age group.

Mobile phones and tablets resulted in more than 50% of the bets placed in 2017, so will the reduction in the maximum stake on FOBTs really have that much of an impact on the betting industry? Is this just bookmakers wanting to avoid their profit margins being reduced? More importantly, would the closure of betting shops on the high street really be a bad thing?

Obviously the most important point about betting shops being closed is that it will inevitably lead to job losses. The industry believed that somewhere between 15,000 and 21,000 jobs would be lost if the stakes were cut, but the figures were based on assumptions made by the Association for British Bookmakers and therefore might not be the most reliable.

Even Paddy Power Betfair were surprised by the figures, believing that some of the figures put forward in the report were ‘unrealistic’, citing the fact that the industry shouldn’t expect to see much of an increase in shop closures considering that shops have been closed for years for reasons that have nothing to do with FOBTs.

Given the increase in problem gambling, many will feel that it will be no great shame if a few bookmakers have to close their doors permanently, even if it’s a shame that people will inevitably lose their jobs as a consequence. It is also felt that the industry will be able to cope, given that the GGY for the entire industry was £13.7 billion between April of 2016 and March of 2017, which was 1.8% up on the previous year.

The big question comes down to which shops would end up replacing the bookmakers if they were to close their doors. In January of 2019 there was a report that suggested that English and Welsh towns had seen 8% of their shops close since 2013, meaning that companies willing to take a risk in opening shops were becoming fewer and fewer.