Did Big Betting Firms Take Advantage Of The Furlough Scheme? 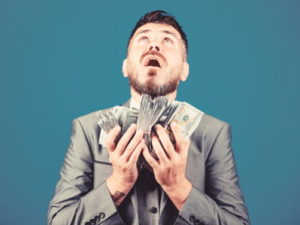 It has emerged that major betting firms have been using the government’s furlough scheme to pay its employees during the global pandemic, even in spite of the fact that they have made millions in extra profit over the past year from online revenues. William Hill used the furlough scheme initially but then paid back the money it had taken, whilst Entain claimed millions in taxpayer support even whilst enjoying a surge in online betting.

Though Entain, the owner of the likes of Ladbrokes and Coral, were perfectly entitled to claim the furlough payments for its staff, it has left many with a bad taste in the wake of the company publishing its full-year accounts and showing an increase of £500 million in online revenue in 2020. In addition, Entain ended 2020 with its share price up by more than 40%, largely thanks to hopes about the newly emerging US market. 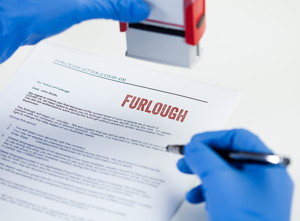 Chancellor of the Exchequer, Rishi Sunak, announced series of wide-ranging measures in March of 2020 to help businesses and employees through the crisis caused by the Coronavirus crisis. Amongst these various measures was the Coronavirus Job Retention Scheme, which allowed businesses to as the government to pay 80% of an employee’s wage, up to £2,500 per month, in order to keep them on the payroll rather than fire them.

The scheme allowed the back-dating of pay to the start of March and was changed a number of times in the months that followed, but remained the same in principle: tax payers’ money would be used to keep people in jobs when their employees couldn’t afford to pay them. The scheme was meant to come to an end at the end of April 2021, but was extended to September by Sunak at the start of March. 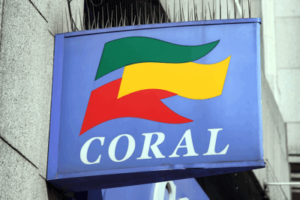 The Guardian newspaper investigated the disclosures made by Her Majesty’s Revenue & Customs and discovered that Entain, the parent company of gambling firms such as Coral and Ladbrokes, claimed somewhere in the region of £12.5 million to £30 million in December of 2020 and January of 2021 in order to pay the 14,000 plus members of staff that they have on their books.

These members of staff were furloughed when the company was forced to shut its 3,000 or so betting shops when coronavirus restrictions limited high street shop openings to those that were considered ‘essential’. This was entirely legal in terms of what the government’s scheme was brought in for, but certainly asks some moral questions when you look at the amount of profit Entain made last year.

The fact that physical betting shops were closed didn’t alter the mount of money that people spent on gambling, with many instead turning to online betting instead. Entain benefitted from this shift of thinking to the tune of a £500 million increase in online revenue, finishing the year with an unchanged amount of revenue on the year before of £3.6 billion, which included a profit of £113.8 million.

Is It Morally Wrong? 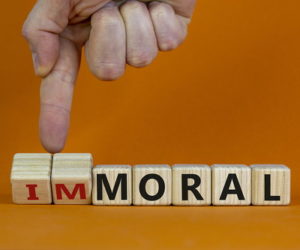 There are plenty of moral questions around Entain’s decision to continue to claim furlough for its staff, including the fact that the company’s share price actually increased by more than 40% in 2020. The change to the sports betting laws in the United States of America are believed to be a big part of the reason for this increase in share price, with the company itself making fast gains in the new market already.

On top of that, Entain also hired CT Group to advise it about the correct ways to lobby the government with regards to the ongoing review of gambling laws. CT Group is run by Lynton Crosby, who was an adviser to both Boris Johnson and Theresa May and it helped Entain to set up Players Panel, a consumer group that it claims represents the ‘voices of ordinary gamblers’ who object to possible draconian regulations being introduced.

This effectively means that Entain have used the money that it would have spent on staff wages to lobby the government, meaning that it’s basically the furlough money from tax payers that is paying for their lobbying. Is it right that money paid by taxpayers should be used by gambling firms to lobby the government against introducing changes to the gambling laws that are mostly being suggested for the protection of the most vulnerable?

Other Bookmakers Have Paid Furlough Back

Entain are not the only company that claimed furlough when the scheme came into operation, with the likes of William Hill and Betfred also doing so. The scheme was also used by much more controversial enterprises, such as the British National Party, oil-rich Gulf states and the Saudi Royal Family. The difference between Entain and William Hill, however, is that William Hill paid back the money it had received in furlough payments.

When it confirmed it was going to pay the money back, William Hill released a statement saying,

“In light of this positive trading environment, the board feel it is appropriate to repay the furlough funds received, amounting to £24.5m, and we will not be claiming the job retention bonus.”

The company also continued to pay staff 100% of their wages even when the country went back into lockdown and shops had to shut again.

For their own part, Entain said on the matter,

“The furlough scheme has been a sensible and highly welcome policy intervention that helped us, as one of the country’s largest retailers, to maintain the livelihoods of more than 14,000 retail colleagues on full pay.

“Whilst the virus is still with us and the outlook, although improving, is still far from certain, the board will continue to keep the situation under review.”

Betfred have also claimed as much as £12.5 million over December and January and appear to be making no efforts to pay the money back. That flies in the face of what William Hill have done, as well as companies such as Ikea, Serco and Taylor Wimpey. Labour MP Carolyn Harris said on the matter,

“These companies have made vast profits over the past year, taken directly from punters losses, and now they are taking from the taxpayer too.”