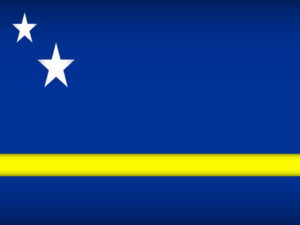 It’s become common knowledge in the online casino world that there are various legal jurisdictions where gambling licences can be obtained from. These organisations include the Malta Gaming Authority, Gibraltar Regulatory Authority, The United Kingdom Gambling Commission and, more recently, Sweden’s Spelinspektionen. However, one location that has stood out for many people has been that of Curacao, which has been providing its Curacao eGaming gambling certificates since 1996.

Despite being one of the oldest and, as it describes itself, one of the most politically stable providers of regulated online gaming services, not many people trust in the company as being quite as legitimate as others. This is likely due to the fact that it doesn’t have as strict or severe regulations as most other licensing bodies. Therefore, it remains easy to obtain a gambling licence from Curacao eGaming. And it is also for this reason that multiple offshore companies have opted to utilise this brand as a way of promoting their own legality.

However, it looks as though things could be turned around in the near future. Curacao is owned by the Netherlands, and perhaps falling in line with the country’s decision to regulate its own gambling industry, Curacao is also in line for a gambling regulation overhaul. But why is this the case? And what will this mean for all of the offshore brands currently in possession of a licence from Curacao eGaming? It also makes for quite the interesting timing for this to occur, considering that Macau has also spoken of launching its own online gambling scene.

The island of Curacao has negotiated a timetable that will allow it to introduce a new gambling regulator by March 2021. This agreement comes as part of a pact with the Dutch government, and it all ties in to a wider negotiation that should hopefully boost the local economy. Financial rescue packages from the Netherlands are expected to serve the island nation beneficially, but the Netherlands will only send such if the gambling sector is overhauled.

Since COVID-19 hit the world, Curacao has suffered from a deprivation of tourists, which has forced the local government to seek help from its mainland Europe counterpart. And following discussions, the Dutch authorities agreed to release liquidity support, with two installments having been forwarded on since April. A third is also on the cards before 2020 comes to an end.

Curacao was hit with a record number of new COVID-19 infections just one week after Dutch Prime Minister Mark Rutte allowed Netherlands residents to travel to the country for a winter break. This was the only location that he allowed travel to, with other locations being completely off-limits. And with this being the case, Curacao along with Aruba agreed to the terms of the Dutch coronavirus aid measures. Sint Maarten has yet to meet the conditions outlined, though.

Within the measures, Aruba and Curacao have both agreed to liberalise their economies so as to qualify for the monetary support. Without the donations from the Netherlands, the islands would likely have gone bankrupt already. Public-sector salaries have also had to be cut by between 12.5% to 25%, too. And where Curacao is concerned, certain additional restructuring must be undertaken to revisit administrative and economic measures in order to build resistance. The country’s economy is expected to shrink by 30%, and it is only due to the Landspakket pact that it will gain a short-term recovery from such.

Curacao A Base of Operations for Many Platforms

It’s well-known that the island of Curacao has served as a base of operation for many online sportsbooks and casinos. Some of these sites have also accepted jaw-dropping wagers on various markets around the world. For example, a British man wagered $5 million on Donald Trump being the victor of the 2020 US election at the very last minute, for which he used a private bookmaker based in Curacao. Naturally, that was a bet that he lost, and it is believed to be the single largest bet ever placed on a political race in history.

However, once the new regulator in Curacao is established, things will likely change with regard to these offshore platforms. From the time that the new regulatory body is set up in March next year, it will have until September to enforce the new responsibilities on licence holders. Unfortunately, that could prove to be quite the difficult move to make, as most operators holding Curacao licences are not specifically licenced to operate in specific jurisdictions. For example, many of them serve countries like the United States of America or Australia, where online betting is, for the most part, illegal.

Comments have frequently been made in the past over the lax attitude that Curacao eGaming has towards issuing licences to operators. Rather than enforce proper industry standards and practices, these sites are simply able to register as a gambling business and proceed through a certificate from the island nation. It is for this reason that so many offshore gambling platforms have been able to set up shop, so to speak.

Moving forward, it’s likely that Curacao will need to introduce and develop various mechanisms that will request licence fees and taxes from registered gambling operators. It’s quite well-known that a more-than relaxed attitude was taken by Curacao to both of these in the past, and because of this, the gambling sector may experience huge ramifications. A change in how the online sportsbooks and casinos registered there run their daily affairs will likely make things a lot tougher.

Potentially, the Curacao Gaming Control Board (GCB) may be put in charge of restructuring the online sector. It currently has regulatory control of the country’s land-based establishments, and it will have to enforce many stricter anti-money laundering protocols and the prevention of funds being leaked to terrorist organisations with the overhaul. Operators would, of course, need to start properly paying their licensing fees, corporate taxes and online gambling taxes.

With the exception of a few countries accepting licenced platforms from Curacao, online operators will have two routes to choose from. They either keep their Curacao licence and solely provide their services to legal and authorised countries or they drop their licence altogether. In the same vein, Curacao-licensed operators will not be able to target players based in the mainland Netherlands. This is made especially truer by the fact that the Dutch regulated online gambling market is set to go live by September 1, 2021. Anyone found flouting the rules of the new Netherlands regulated market will be punished, with many online operators already having felt the wrath of Kansspelautoriteit, the Dutch gambling authority. 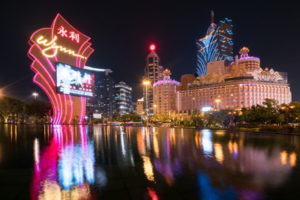 It makes interesting timing for Curacao to be forced into reforming its online gambling sector, considering that the Macau Gaming Inspection and Coordination Bureau (DICJ) is currently studying the possibility of crafting its own legal online gambling sector. While concerns were raised over the potential for such a sector to be used for money laundering purposes, this didn’t stop the DICJ director Adriano Ho, confirming that the study on such was ongoing.

Macau is looking to the online gaming industry as a way of increasing tax revenue with travel restrictions still being in place. The autonomous region of China is known primarily for its dedication to providing a gambling haven for tourists to visit. However, the impact of COVID-19 has forced it to shut the doors of its casinos while tourism has dramatically dropped at the same time. By legalising online gambling, there could be an increase in gaming revenue as a result. Careful studies are still going on with regard to the threat of money laundering and problem gambling.

Of course, if Macau starts issuing official licences, this could lead to them taking over the void left by withdrawing Curacao-licenced platforms. The United States of America’s plethora of offshore bettors may find themselves without a lifeline where Curacao sites are concerned but being able to turn their attention to Macau-based online gambling sites instead. Is it possible that Macau would put a focus on offering its licensed sites to the US market? There is little doubt that the potential withdrawal of so many Curacao-licenced sites would leave a gap, and current US bettors would be likely to cry out for a replacement in one way or another.

Despite sports betting having been legalised in the United States by the Supreme Court, not a huge number of states have introduced it legally yet. Arguments continue within various states and others have barely taken any steps towards its legalisation. This is why the offshore sites remain as a prime focus for many US residents – they provide an easy route to take when it comes to sports betting options. Without them, they would be forced into other potentially riskier alternatives or not participating in sports wagering at all.

It’s a risky route for Macau to take, of course. At least, politically speaking. However, Macau isn’t any sort of stranger to risk, considering it is a part of China but doesn’t follow the country’s rules on gambling.

What Next for Curacao and Its Reforms? 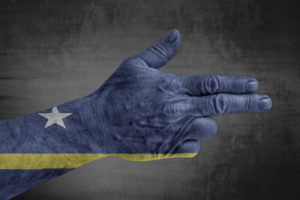 Until March 2021 comes around, little can be said of what is likely to occur in Curacao. The reforms taking place in both Curacao and Aruba were offered as something that would be overseen by Dutch officials. However, both of the island nations balked at such a suggestion, stating that they are more than capable of proceeding with the necessary changes themselves. Of course, Dutch politicians were quite wary of trusting the Caribbean island nations with successfully managing the required reforms.

There’s good reason for that as well. Sint Maarten was provided with €470 million following the destruction caused by Hurricane Irma in 2017. And now, three years after the carnage it left, less than 6% of the funds have been used for the aid that they were provided for in the first place. Since the island became a separate country with the Kingdom of the Netherlands in 2010, it has held five separate elections and gone through nine governments in that timeframe.

Dutch troops were also dispatched to the island nation of Curacao earlier on in 2020 following several days of rioting and unrest. This broke out in June following demonstrations against austerity measures, which were enacted as a way of qualifying for financial support from the Netherlands. Violence erupted and around 200 demonstrators forced their way into the governmental palace, Fort Amsterdam. Stores in central Willemstad were also looted, with various other buildings being torched, including a school. At the same time, the death of a ruling party lawmaker incited opposition lawmakers to try to bring down the government. They failed, of course.

However, it’s clear to see why the Netherlands government is so wary of trusting that the three island nations are able to successfully introduce gambling reforms as needed. That being said, Curacao and co had very little choice but to bend to the will of the Netherlands and the financial aid conditions. 50,000 of the Curacao island’s 160,000 residents are dependent on food aid, with half of the country being unemployed, too. Sint Maarten was still recovering from the effects of Hurricane Irma when COVID-19 hit, which has left its economy in an even worse condition than before. And while Aruba is traditionally the better-run of the three, it has experienced the most cases of the virus. This could see its economy shrink by a third.

Time will tell whether or not the new regulations introduced by Curacao for gambling licensees will have a significantly dramatic effect. It’s up to the licence-holders as to what decision they take with regard to keeping the licence or dropping it for an alternative. And whether or not Macau factors into this decision will also remain on everyone’s mind.