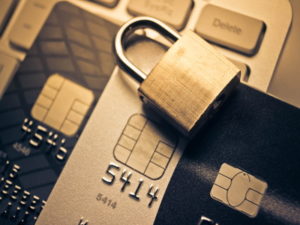 It’s been on the cards for a while but the anticipated credit card ban has now come in for UK online betting sites and land-based establishments and will take effect from the 14th April 2020.

It follows a review from the UK Gambling Commission and a report from the government, both released in 2018, that suggest up to 22% of people who use credit cards could be classed as problem gamblers.  This was also highlighted in a recent parliamentary group report by MPs along with calls from the newly formed Betting and Gaming Council (that replaced the Association of British Bookmakers and Remote Gambling Authority last year).

The credit card ban is likely the first of a number of additional regulations that are likely to come in in 2020, that could include a ban on VIP schemes along with maximum online stakes of £2 (in line with Fixed Odds Betting Terminal limits).  This is combined with additional social responsibility expectations for operators such as the requirement for all UK licensed betting companies to participate in the GAMSTOP exclusion scheme by the end of March this year. 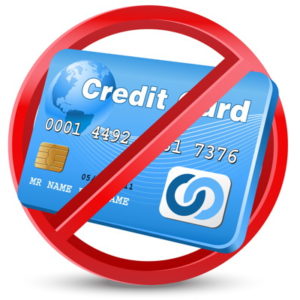 The use of credit cards rarely grabs good headlines whatever sector you look at, but for gambling the ability to be able to fund an account with in effect a high interest loan has long been at odds with responsible gambling initiatives, despite recent pledges by operators.

It is not just that you are betting with borrowed money that you will need to repay there is also the issue that depositing to bookies and casinos using credit cards is often classed as a cash transaction, meaning many customers must also pay the card company additional fees.

I think many would agree betting is an addictive activity for some people and being able to lose money that isn’t even your own adds further temptation to those chasing loses. It has been impossible to use American Express to deposit and bet for many years, with the American company not wishing to be linked to gambling.

Now all credit card companies must fall into line with this, along with eWallet providers such as PayPal and Skrill, where it is possible to use a credit card via the payment gateway.  These payment services have also been used in the past to overcome limits allowing people to spend hundreds of thousands in a day.

Still, there are many that see the credit card ban as not going far enough, Carolyn Harris, Labour MP, said she thought the UKGC was no longer fit for purpose, adding:

“I think it’s brilliant that this is happening but it should have happened a long time ago. MPs are in the driving seat now. There is a new Gambling Act coming and I think the industry knows it. Legislation is imminent.”

What Will The Impact Be? 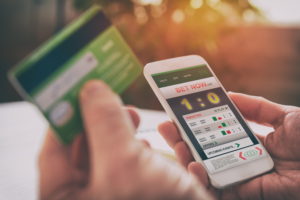 Most people do not use credit cards to gamble and so few will be affected, with debit cards being the main method of funding a betting account.

The banks themselves may see a small impact from the reduced fee and charges they will now receive, but in reality this represents a very small amount compared to overall credit card use and will make no noticeable impact.

There are some people out there that genuinely use credit cards to gamble for a number of reasons, they may not have a bank account or they may use a credit card for other reasons, such as to earn loyalty points.  There will therefore be a small percentage of people put out by this, but most would agree the overall benefit outweighs this.  There are also many other options available for those that don’t want to use a conventional bank account, such as cash voucher systems (e.g. PaySafeCard) and pay by phone bill options.

Betting companies will likely notice little difference too as the majority of customers do not use credit to bet and most would be happy to switch to another method.  In fact, shares in major companies dropped by only around 1% following the news, which highlights the industry was prepared for the announcement and don’t expect major loses because of it.

Is This Just The Tip Of The Iceberg? 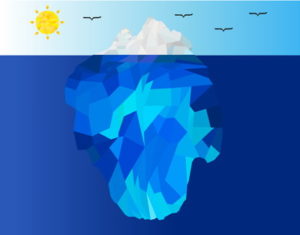 Gambling regulation was a hot topic in the recent general election with all the main parties suggesting they will change laws and legislation around the industry, especially online.

The 2005 Gambling Act is likely to be replaced with a new Act in the coming year or so, with many regulators seeing the 2005 act as being too ‘analogue’ in a digital age.

Any new legislation or Act will likely first tackle issues surrounding VIP programs, that have been cited as exasperating problem gambling, along with maximum stake limits for online casino games.

The formation of the BGC has also given a focus for change, replacing two bodies seen as outdated in the world of online betting.  The body is likely to push for further changes over the next few months.

The fact is betting brands have been leaving the UK or going out of business at a rate of knots over the last 18 months.  This has been largely due to uncertainties around Brexit combined with increased point of consumption taxes in a market that is already highly competitive.

Brands such as ComeOn and Royal Panda have both recently left, with other operators such as Mustardbet going out of business and Black Type going into administration.  EveryMatrix who had their license suspended last year didn’t even bother to fight it, instead just pulling all of their white labels (e.g. Jetbull) out of the UK, using it as an excuse to quickly exit the UK.

It is now likely we will see more non-UK based companies pulling out of the UK over the next year, if their main market is not the UK many brands to not see the justification in spending more on responsible gambling measures while at the same time seeing stake restrictions that would reduce profits.

There are plenty of fish in the sea and punters will still have plenty of bookies and casinos they can bet with, but the competition will be lower and this will play into the hands of the big boys (Bet365, William Hill, GVC (Ladbrokes/Coral), Flutter (Paddy Power/Betfair)) that could eventually result in a monopoly in the industry similar to what we see in Energy markets.

Brands will not leave the UK based on the credit card ban alone, but rather the combination of measures that are coming in.  There is also a risk that by adding too much additional costs to operators they will simply pass these on to the customer (as they have done already with the 21% POC tax).  If too much value is lost to the customer there is a risk that some bettors may turn to unregulated off-shore brands or the black market, which is one of the main reason the 2005 Act was brought in in the first place.

Either way gambling in the UK is going to change a lot of the next couple of years, it will make it a safer place to bet, the question is will the changes be proportional and fair to those that choose to bet for fun.  Time will tell.