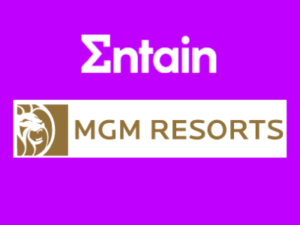 Entain, the company formerly known as GVC Holdings prior to a name change in December of 2020, has turned down a takeover offer from MGM Resorts. The American company made an offer of $11 billion, which is around £8.1 billion, for the British-based gambling company that owns Ladbrokes, Coral, Gala and numerous other betting brands. The move comes on the back of a previous $10 billion offer.

MGM Resorts are following in the footsteps of fellow US-based casino giant Caesars Entertainment, who had a £3.7 billion offer for William Hill accepted last year. Analyst at Hargreaves Lansdown, Nicholas Hyett, said that the move ‘isn’t exactly a surprise’, with US companies keen to gain the sports betting expertise of UK companies in the wake of the market being opened up in the United States of America.

It is likely that US companies also want to take advantage of a market suppressed by corona virus related impact so that they can buy up more experienced mega European betting brands at a good price, in the knowledge that growth over the next 10 years is projected to be very high.

Why US Companies Want UK Expertise 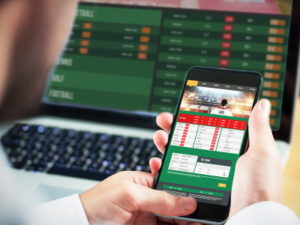 In 2018, a judgement from the Supreme Court in the United States of America meant that online sports betting was suddenly legal for states across the country. As with most such moves in the US, each state is free to make its own decision about whether it wants to allow betting and what form that betting can take. For those that decide to allow online betting, dominating the market in that state can be extremely lucrative.

In California, for example, online betting is likely to be worth more than the entire market in the United Kingdom. Little wonder, then, that companies are looking to get their foot in the door first. The laws in the United States mean that British companies attacking the US market need to do so in conjunction with an already existing gambling body, with those bodies now looking to take the entire piece of the pie for themselves.

The difficult is that many US companies lack the experience in running sports betting sites, whilst British businesses have been doing exactly that almost since the internet went live for the first time. It makes sense for the biggest players in American gambling to attempt to take advantage of the know-how boasted by the British, which explains why moves such as this one have suddenly become popular.

Perhaps part of the reason why MGM Resorts have made the move to takeover Entain rather than another gambling company is that Entain already work with the American company. The pair launched a joint-venture known as Roar Digital in 2018. Roar Digital is the parent company of BetMGM, which has market access agreements with 19 states across the USA already in place.

Having originally had a fund of $200 million to work with, the joint-venture accepted a second round of investment in the summer of 2020, taking the total funding to $450 million. Both parent companies owned a 50% stake in Roar Digital, with many believing that venture alone would be worth billions if sold off now. It also suggests a working relationship between the two firms that led to the takeover bid. 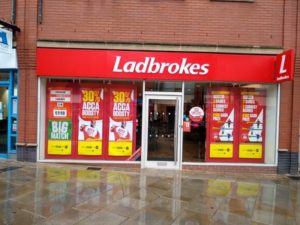 Entain has rebuffed the offer from MGM Resorts, stating that they believe that it undervalues the company both in the sense of where it currently finds itself as well as its prospects in the future. The stock market appears to agree with Entain, with share prices in the company increasing by around 25% to £14.32 at the start of the week. This is due to the likelihood of MGM Resorts returning with a better offer.

Given that Entain owns Ladbrokes and Coral, two of the most popular British bookmakers, as well as Gala and PartyPoker, it’s hardly a surprise that the company believes that it’s worth more than MGM Resorts is currently valuing it at. The offer of £13.83 per share is obviously solid, but it’s clear that those in charge feel that they can get more for the company and are happy to play chicken with MGM to find out.

What Will Happen To Entain’s Companies? 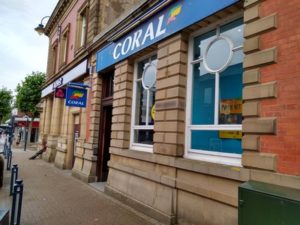 The obvious question to ask from a British point of view is about what will happen to the various companies that come under the Entain umbrella. With the likes of Ladbrokes, Coral and Gala all popular with punters, there will be a fear for some that they might be tossed aside if an offer from MGM Resorts is eventually accepted. After all, that’s what appears to be happening with William Hill.

When Caesars Entertainment agreed to pay £3.7 billion for William Hill, it quickly emerged that the UK side of the company, such as the bookmaker, would be sold off. As things currently stand, we don’t know if MGM Resorts would look to do something similar with Ladbrokes, Coral et al, but it’s certainly not out of the realms of the possible. The main thing that MGM is interested in is the technology and the know-how available. 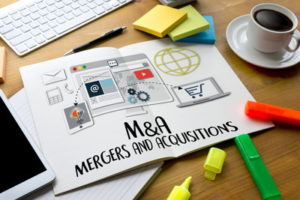 Entain will be braced for another offer from MGM Resorts, the owner of hotels such as the Bellagio in Las Vegas, because the company has until the start of next month to decide what to do. They could choose to make a formal offer or they could walk away. Given that the FTSE 100-listed Entain is one of the ‘world’s largest sports betting and gaming groups’, according to itself, the former is more likely than the latter.

Bwin, PartyPoker, Eurobet and Foxy Bingo are all popular brands owned by Entain, which is why the company believes the current offer is below market value. Laura Foll, a Fund Manager at Janus Henderson, is of the opinion that many UK markets are unloved by investors and therefore sometimes undervalued. The fact that the betting market seems to be Covid-proof is also helping companies maintain their value.

MGM Resorts is offering to pay Entain shareholders in new shares of MGM rather than cash. Whilst it’s an obvious move when you consider the high rate of US shares in comparison to companies based in London, it’s possible that they may choose to alter this and come back with a cash offer. Regardless, it’s unlikely that this is the last time that we’ll be writing about MGM Resorts and Entain takeovers.