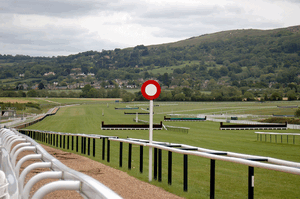 Mims Davies, the Minister for Sport and Civil Society, visited Cheltenham Racecourse earlier in 2019 and spoke of how Great Britain is ‘punching above its weight’ on the global scale because ‘everybody wants a piece’ of our racing and sport.

Certainly the moves from the Department for Digital, Culture, Media and Sport in recent times suggest that they’re aware of the importance of sport, and horse racing in particular, but it is still a doubt whether the rest of the government also does.

The notion of British racing being valued globally is one backed up by Sheikh Fahad of Qatar Racing, who spoke of the ‘sheer quality’ on show on the International stage, which it is impossible to put a monetary value on.

In numerical terms alone horse racing sits second behind only football when it comes to attendees, with more than six million people turning up to watch races every year. Royal Ascot alone boasts in excess of 300,000 visitors and horse racing accounts for 4 of the top 10 most attended events in sport during the year in the UK.

Racing As A ‘Soft Power’ 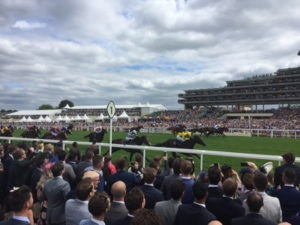 Sport as a whole is considered to be a ‘soft power’ asset for the government, with racing in particular ticking that box. That means that it offers a degree of potential for the UK as ‘soft power assets’ are those that increase understanding and awareness and help to ‘break down barriers’.

The problem, according to British Horseracing at least, is that the potential available is not being realised. That means that the Foreign Office and British government is missing an opportunity to ‘provide a forum for building relationships’, which in turn can help ‘secure diplomatic and commercial objectives’.

With the United Kingdom currently preparing to leave the European Union, the various relationships that are formed with the rest of the world could be crucial to the country’s economic future. With racing finding an emerging market in China, for example, as well as the already good relationships in place with France and Ireland, taking advantage of horse racing’s ‘soft power’ nature will be important.

The government is in the process of producing a ‘Soft Power Strategy’, which will look at how the country’s sporting and cultural assets can be used to make it a more trusted and connected country.

‘Heritage And History’ Part Of The Appeal

A chief part of racing’s appeal to the rest of the world is the heritage and history that it is able to boast. The country is considered to be the ‘birthplace of modern racing’, being the home of thoroughbred racing and existing longer here than anywhere else.

From King Charles II’s decision to race horses at Newmarket though to Queen Anne’s founding of Ascot Racecourse in 1711, the origins of horse racing as a professional sport pre-date any other in the UK. The Goodwood Festival, Cheltenham Gold Cup and Grand National all boast a special place in the horse racing calendar both here and abroad.

Perhaps this sense of British racing being so highly rated by those outside of the United Kingdom is summed up best by the thoroughbred breeder Federico Tesio. He once said that it wasn’t zoologists, technicians or experts that helped to define the course of thoroughbreds, but rather ‘the winning post of the Epsom Derby’.

With Newmarket seen by many from around the world as the ‘home of racing’, it’s easy to understand why the sport demands such respect from those in Europe and further afield. It’s easy to forget that British racing has given us some of the best known names in the world of horse racing, from Red Rum to Frankel, Tiger Roll to Kauto Star.

Other Key Facets Of British Racing 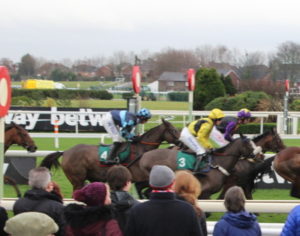 It’s not just the heritage and the history of the sport that makes it such an appealing thing to those from outside of the UK. The British Royal Family might enjoy a mixed degree of respect within the country, but outside of the British isles it is seen as one of the most famous and enviable forms of ‘soft power’.

That the racing industry’s links to the monarchy are so deeply ingrained is a genuine selling point to the likes of America and the Middle East. When the British Champions Series was looking for sponsorship, for example, the Duke of York was key in securing a deal with QIPCO.

Perhaps the biggest appeal of British racing to those from outside of the area is the training and welfare record that the sport boasts. The Horseracing Betting Levy Board funds research that is cutting edge in nature and benefits all horse breeds in the UK. Add to that the fact that best trainers reside here and it’s easy to see why the sport is looked on with such envious eyes from the outside.

The quality of British racing is almost unparalleled, boasting 76 Grade 1 and Group races over the course of the year. Nearly a quarter of the top 100 races are based in the UK, whilst half of the top 12 horses in 2018 were British. As an example of why it matters, the average stallion fee of the winner of the 2,000 Guineas is £36,938, compared to £13,103 for the Breeders’ Cup in the US.

China As An Emerging Market 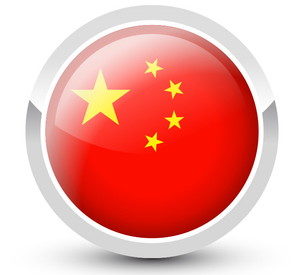 The majority of spectators of British racing come from countries that the government considered to be ‘priority countries’, with the United States of America, Japan and the Gulf States on that list. China is one of the key emerging markets at present, which is something that the British Horseracing Authority believes the government should be taking greater advantage of.

As things currently stand there are numerous relationships built with investors from the Gulf States, such as Sheikh Mohammed at Godolphin, Prince Khalid Abdullah at Juddmonte Farms and Sheikh Hamdan’s Shadwell Racing. With over 65% of the money taken by Tatersalls during the audition at Newmarket each year, it’s clear that racing offers an opportunity to grow things economically.

Yulong Investments and China Horse Club are two of the leading Chinese owners, boasting runners at most of the big meetings over the past year. They’ve also spent more than £16 million buying British bloodstock over the past 5 years. Given the country’s ever-expanding middle class and its developing passion for horse racing, China could prove to be a crucial market moving forward.

According to James Oldring of GBRI, a big part of selling to China is legitimacy, which comes from government support. With racing representatives often invited onto trade mission by the likes of Ireland and France, the UK government could do more to offer the industry this much needed sense of ‘legitimacy’ when it comes to trade negotiations.