Bet365 Relocating To Malta As Brexit Bites: Is This The Start Of The Exodus?

Whether you think the various machinations taking place for businesses in the present day are down to ‘Project Fear’ or genuine concerns over the impact of the United Kingdom leaving the EU will largely come down to your personal take on the issue at hand.

However, while we can debate the actual reasons for the numerous different decisions being taken by companies, one thing that can’t be debated is that they are actually happening. Whether we’re talking about car production plants closing or US Banks moving away from London, the reality is that these things are happening.

The same is true for the gambling industry, with moves being made by the biggest companies to protect themselves form the potential damage that could be done to their bottom line by the UK’s departure from the European Union.

We’re seeing businesses begin to make their moves now, almost certainly because of mounting fear that whoever wins the Tory leadership contest is almost certainly going to push for a damaging No Deal Brexit. The principle move has come from Bet365, who have chosen to relocate up to 1,000 members of staff from their officer in Gibraltar to Malta.

What’s The Situation In Malta 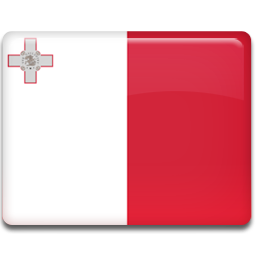 Bet365 have confirmed that they’re going to spend €70 million in order to relocate their staff from Gibraltar to Malta. They have long had an office in Malta, but made Gibraltar their main base of operations in 2014.

It means an expansion of operations in Malta that would make it the main licensing hub for the company that is also based in Stoke-On-Trent. The business boasts revenues of around €1.5 billion per year, so the €70 million cost is a drop in the ocean comparatively.

Bet365 have reportedly agreed a promise of sale agreement that will see them take on a huge chunk of a new property development on the Tigné peninsula of the Sliema region of Malta. They already have a remote gaming licence from Malta because of the presence of Hillside (New Media Malta) plc there, registering a property management company when the Brexit vote was confirmed in 2016.

Bet365 have a staff of around 3,500 employees based all around the world, including in offices in Australia, so this would see about one third of their workers shift location.

When It Will Happen

The key thing in among all of this is when, exactly, the move will happen. At the time of writing, the plan is not to move staff immediately, despite the promise of sale agreement and the €12.5 million that has already been invested in Malta for the purchase of property in Sliema. Instead, the likelihood is that the move will only take place once the United Kingdom’s plans for a post-Brexit future have been finalised.

The likelihood of shifting operations out of Gibraltar was always going to increase once the UK voted to leave the European Union, given that the company needs to have access to the EU market in order to keep things as efficient as possible.

The only question came down to when the move would make the most sense. Bet365 have about 35 million customers around the world, with a lot of them being based in Europe. If the UK government was to somehow walk itself back from the Brexit cliff-edge it’s unclear if the move will still go ahead.

What It Could Mean For Malta & Gibraltar 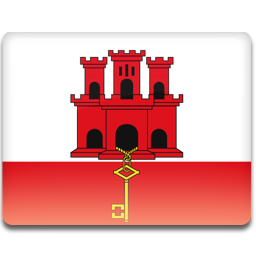 As mentioned, Bet365 already has a base in Malta so this would be an expansion of that base rather than a whole new start for the company. The influx of around 1,000 well-paid workers for a company the size of Bet365 will obviously make a huge difference to the island’s economy, creating a significant amount of business for those that already call it home.

It’s part of why Malta has made itself such an attractive proposition to the online gambling industry, including the reduction of its tax regime. The key thing is obviously its membership of the EU, which will give Bet365 and other betting companies based there access to a key market that Gibraltar may not be able to offer after Brexit.

It’s not all good news for the island, however. The Tigné area in particular has been the victim of increased overcrowding and congestion in recent times, meaning that living there has become slightly more uncomfortable. With rental and property prices having also increased as rumours of the Bet365 move circulated the country, it’s fair to say that life might not be quite as good for the islanders if the love does indeed occur in 2020.

Similarly it will cause problems for Gibraltar, which will lose its residents as well as the business offered by the gambling company if Bet365 move away from there to Malta. That being said, the Minister for Gambling of Gibraltar, Albert Isola, said that he understand that businesses ‘have to manage risk’.