In mid-June the BBC broke a report that suggested that the biggest gambling firms in the business were willing to contribute more towards the voluntary levy paid each year on their profits.

The suggestion was that the heads of Coral Ladbrokes, Skybet, William Hill, Paddy Power Betfair and Bet365 hoped to increase their levy amount from 0.1% to 1% over a 5 year period, raising a total of £100 million for the various gambling charities.

Today it has been confirmed that that is almost exactly what will happen, with the increase set to be done on a slightly shorter timescale of between now and 2023.

They’ve claimed the decision indicates a ‘step change’ on their attitude towards how those with gambling addiction are treated, whilst those less convinced by their charity feel that it’s more likely to be a decision based on the criticism the industry has received in recent times about how little is spent on treatment of problems such as addiction compared to advertising.

Jumping Before They Are Pushed 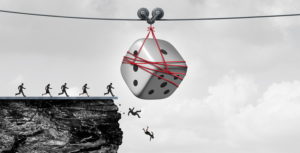 There is a suggestion from some quarters that the betting industry has jumped on this matter before it can be pushed into acting by the government.

The Chief Executive of NHS England, Simon Stevens, warned in June that it was likely that gambling companies would be forced to contribute more towards helping those with addictions if they didn’t do it voluntarily, pointing towards the ‘fraction’ of money spent on those with addiction problems compared to how much is spent on advertising and marketing.

That came on the back of many within the gambling industry fearing that betting companies ran the risk of being banned from sports advertising in a similar way to the tobacco and alcohol industries have been over the past few of decades.

An insider told the BBC that they felt that the industry was ‘on a precipice’, so it’s interesting to see that the various companies at the heart of the matter have responded so quickly to the criticism that they were on the receiving end of by making the pledge public. 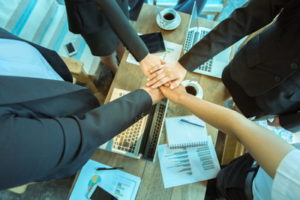 Paddy Power Betfair, which was rebranded as Flutter Entertainment earlier this year, is at the forefront of the movement. The company’s Chief Executive, Peter Jackson, was keen to play up the importance of the decision of his company, alongside William Hill, Skybet, Bet 365 and Ladbrokes Coral, to shift the voluntary levy amount by 0.9%.

Speaking to the BBC’s Today Programme he said that the step was an ‘important’ one, with the money going towards helping the young and vulnerable.

He referred to it as an ‘unprecedented’ level of commitment from the various rival companies, who have agreed to put past differences to one side in order to stave off the growing sense of need for them to do something to make a difference.

He said that the British betting and gambling sector have never before collaborated in such a manner but were doing so in order to ‘address gambling-related harm’. It comes after Betfred and Paddy Power themselves were criticised for adding a new game to Fixed Odds Betting Terminals that ‘undermined’ the new maximum stake rules for the machines.

A ‘Safe Environment’ Is Needed For Customers

Marc Etches, the Chief Executive of GambleAware, which is one of the charities that is likely to benefit from the increase in voluntary levy, has confirmed that the they ‘welcome the initiative’ but said that the most important thing is that there’s a large enough fund to provide for support and treatment for people with gambling problems.

He was also quick to point out that those that are ‘at risk’, such as the young and vulnerable, should be supported as much as possible to stop them from developing a gambling problem in the future.

GambleAware are not looking for the abolition of gambling companies but rather the ability for customers to place bets and wagers in a ‘safe environment’, as well as be able to get advice and help whenever possible. He said that the hope was that GambleAware could work closely with other charities, the government and the Gambling Commission in order to ensure that the various operators ‘continue to focus on making gambling products safer’.

Part of that includes the companies reviewing the language, ‘tone and content’ of their adverts and marketing material.

Given that the Gambling Commission estimating that there are nearly half a million people in the United Kingdom with ‘serious gambling addictions’, it’s no surprise that the government has confirmed that it will ‘closely monitor’ how things go with the new measures proposed by the various betting companies.

The Secretary of State for Digital, Culture, Media and Sport, Jeremy Wright, will be aware that the number of people at risk of addiction is as many as 2 million, of whom around 55,000 are aged between 11 and 16.

He believes that the gambling industry has a ‘responsibility to tackle problem gambling’ as well as to contribute to the cost of rebuilding the lives of suffers, including via paying for the cost of treatment. He made what one can easily infer was a veiled threat by suggesting that the government ‘will not hesitate to take further action’ if the industry wider industry as a whole doesn’t step up and do more.

The desire to help people from ‘gambling related harm’ is clear, with the Conservatives likely feeling pressure to act thanks to Labour’s Deputy Leader, Tom Watson, firm in his desire to curb the influence of gambling companies in Westminster.

It is noteworthy that it is only selected companies that have made the pledge to increase the amount paid in voluntary levy to the government, with the hope of the government being that were the big companies lead others will follow. Wright’s reference to the ‘wider industry’ felt pointed and it’s likely that the world of gambling as a whole will be aware it is being monitored and if it doesn’t act in a similarly voluntary manner then the choice may be taken out of its hands.