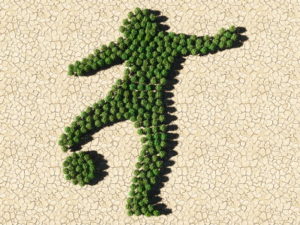 We live in strange times.  On one hand governments across the world are scurrying to make and update climate agreements to cut all carbon output in the hope that it will protect the planet against devastating climate change.  On the other hand elite sports seem to be going the opposite way, constantly expanding tournaments and awarding them to far flung unsuitable locations.

The World Cup in 2022 will be based in a desert nation, Qatar, with purpose built air conditioned stadiums (that will likely have little use afterwards) and the Euros this year will be held across 11 countries – meaning teams, staff and fans need to travel several times by air to fulfil games.

The situation around the carbon costs for professional football were put into the spotlight too for the 2021 Champions League Final.  Both Chelsea and Manchester City were due to play the final in Istanbul, Turkey, despite both being English teams.  The final was moved to Porto, Portugal, but that was only because Turkey at the time was on the UK travel red list due to coronavirus restrictions, nothing to do with moving the match to reduce travel and climate costs. 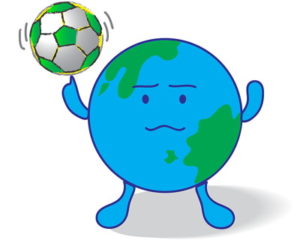 Between 2013 and 2021 five out of the nine Champions League finals were contested between teams from the same nation.  Despite this in all instances those games were still held in a different country, requiring fans, staff, players and dignitaries to travel thousands of miles by air to attend these games.

A report by the BBC has shown that those nine finals produced an estimated 133 million kilograms of carbon dioxide, however, had these games reverted to suitable venues the estimated carbon would have been 4.8x lower at 27.7 million kilograms. 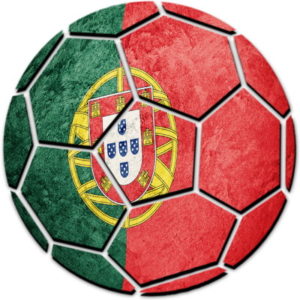 UEFA have argued that they were unable to switch the 2021 Champions League Final to the UK (Wembley being the ideal location) as UK travel restrictions in light of coronavirus could not be waived for many of the dignitaries, VIP and hospitality members that wanted to attend.  Despite the fact that this would have been the best solution for fans and for reducing spread of coronavirus UEFA seemed more concerned with sponsors and hangers-on – which is natural for a body that is driven almost solely by money.

According to the BBC the 2021 final in Porto will result in an estimated 6.5 million kg of carbon produced but if the final has been held in London or Manchester that number could have been reduced to 128,000 kg.  That works out around 50x less carbon produced. 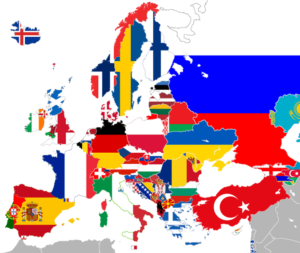 In the old days of the European Cup the final venue was not chosen until the latter stages of the tournament and this meant that neutral venues were chosen that were suitable for both clubs, whatever country they came from.  This was a time when the average fan seemed to matter a bit more to football governing bodies and with many fans back then unable to fly it was necessary to choose venues that fans could drive to or catch a train.

The creation of the Champions League changed things and brought far more money into the game.  Those providing that money then wanted something in return, in particular the best seats in the house for the final.  With football becoming more corporate it was decided that final stadiums should be chosen years in advance to make it easier to sell them to sponsors, but this didn’t take into account who would end up being in those finals and how far they would need to travel to get there.

This has been compounded by the fact that many nations that typically do not produce Champions League finalists are now being awarded the final.  The likes of Turkey, Ukraine and Russia have all been used for finals in the last 20 years despite the fact it is highly unlikely any team from those nations would make it to the final.

UEFA have said that finals are awarded well in advance with a number reserved for nations that have particularly competitive clubs but that they need to award finals to other nations with appropriate infrastructure to create fairness and “boost the promotion of football in an entire region”.

What is true is that typical football fans are being pushed out further and further, with less actual fans attending the final each year in favour of VIPs and dignitaries that simply provide money.  It is obvious that in the future UEFA, and other bodies like FIFA and the Premier League, are going to need to be more flexible in order to continue to grow football in a sustainable way.  It seems likely, though, that those changes will need to be forced onto these governing bodies as they are unlikely to do it off their own backs.  The benefit of fans and the planet is still secondary to how much money they can make.